Screen with prompt 'press space to load' has a glitchy look

The screen after the cut scene has this indescribable look, it happened when i was playing a survivor game when a team mate cleansed a "Haunted grounds" totem, and when it did it explosion, my screen froze playing only the audio for about 5 minutes before i tried hitting 'Esc' and 'Alt + F4'; really didn't do anything until it crashed and it wanted me to send a crash report, so I did, but God knows if anyone will read my crash note. After that I loaded up my game, and that's when it did the glitchy screen after the cut scene and crashed; I've then turned off my PC for the night, then this morning i loaded it up to find the exact same glitch.

These 3 pictures below were took with my phone. As you can see theres these white tiles, red and green colors on the screen and they were strobing like a christmas dance club, after <10 seconds of it turns to a grey screen then crashes without letting me send a crash report then my monitor goes to power saving mode which means it shuts off. The 3rd picture is really close up to show the detail. 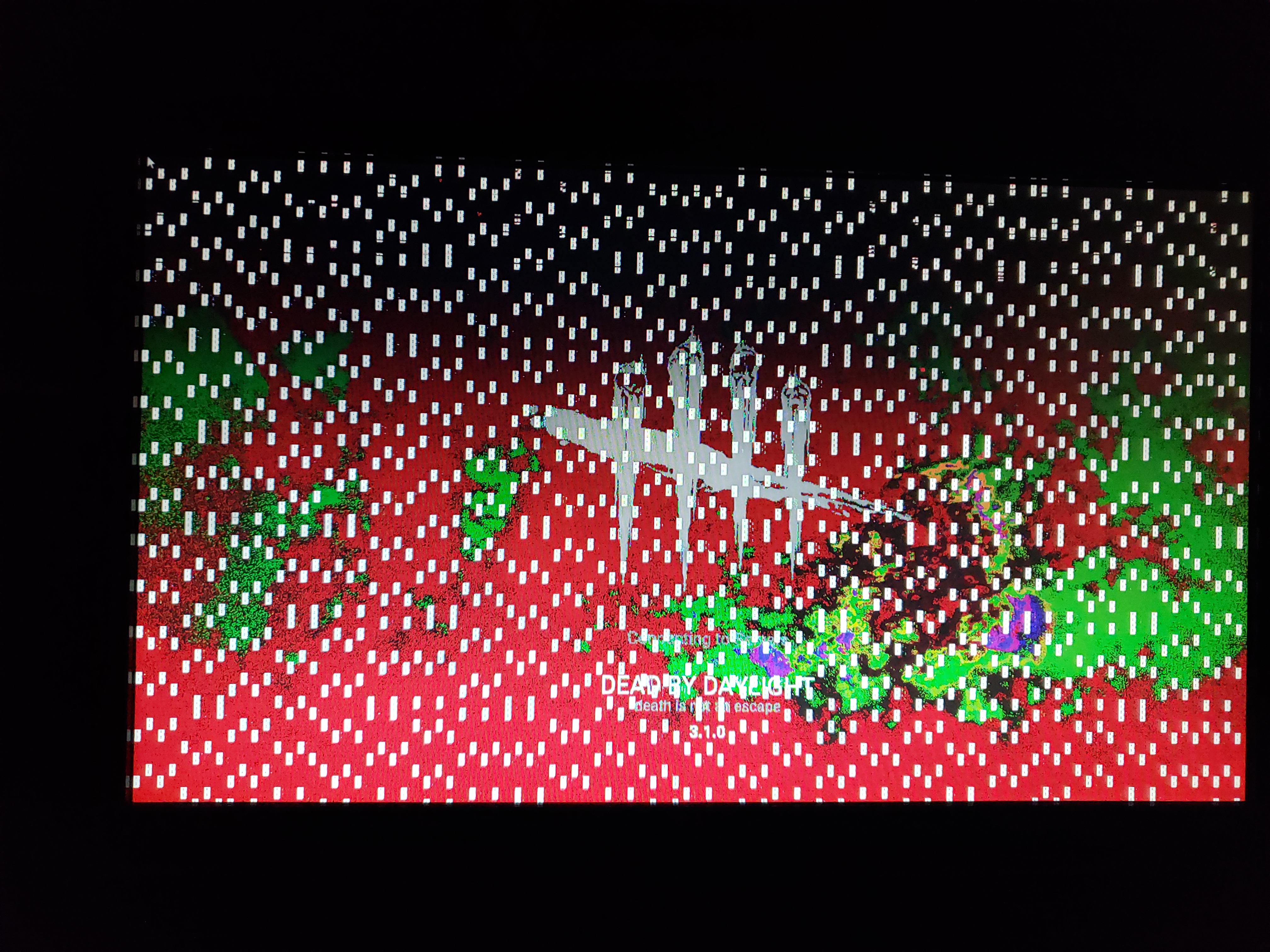 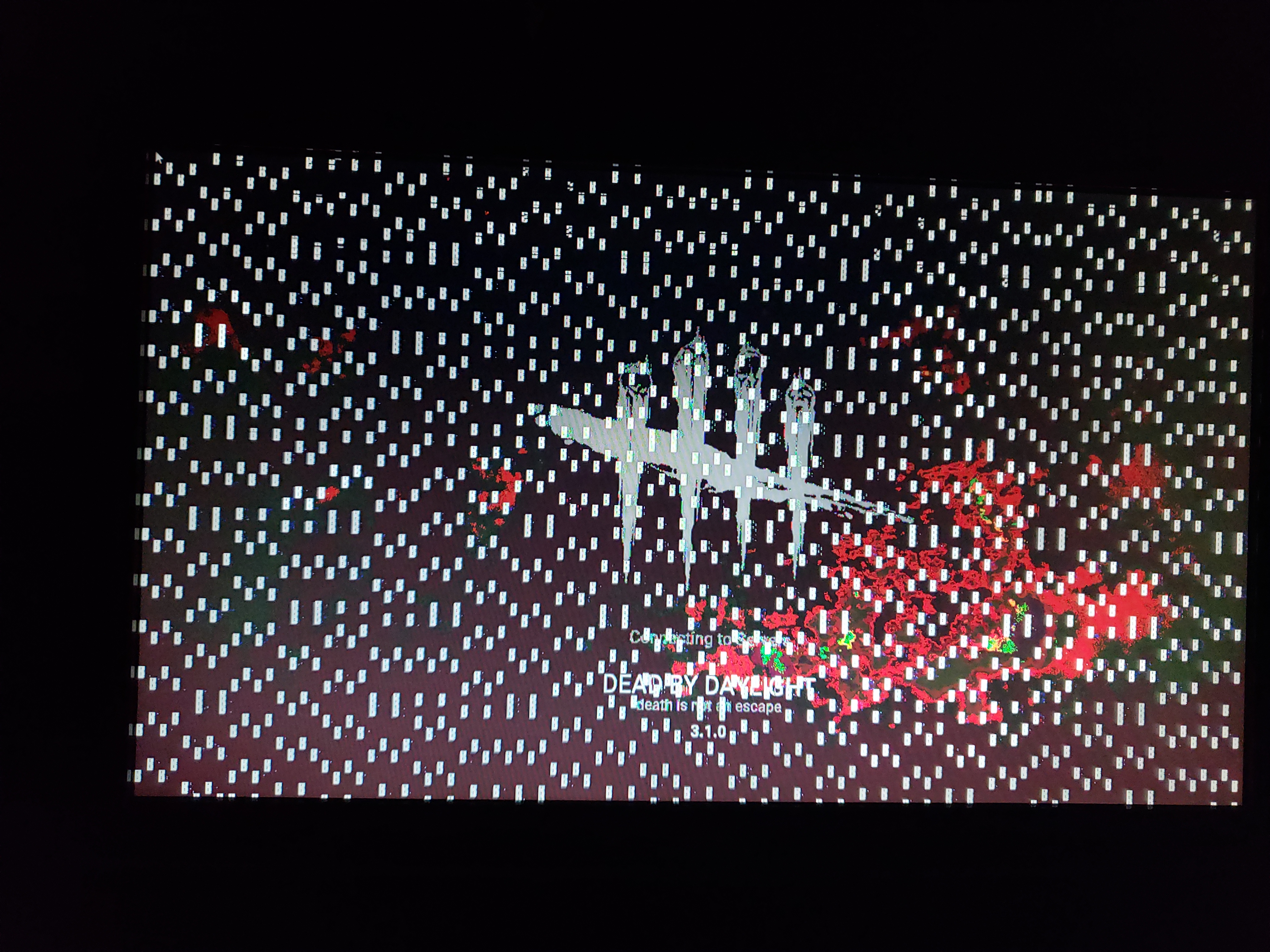 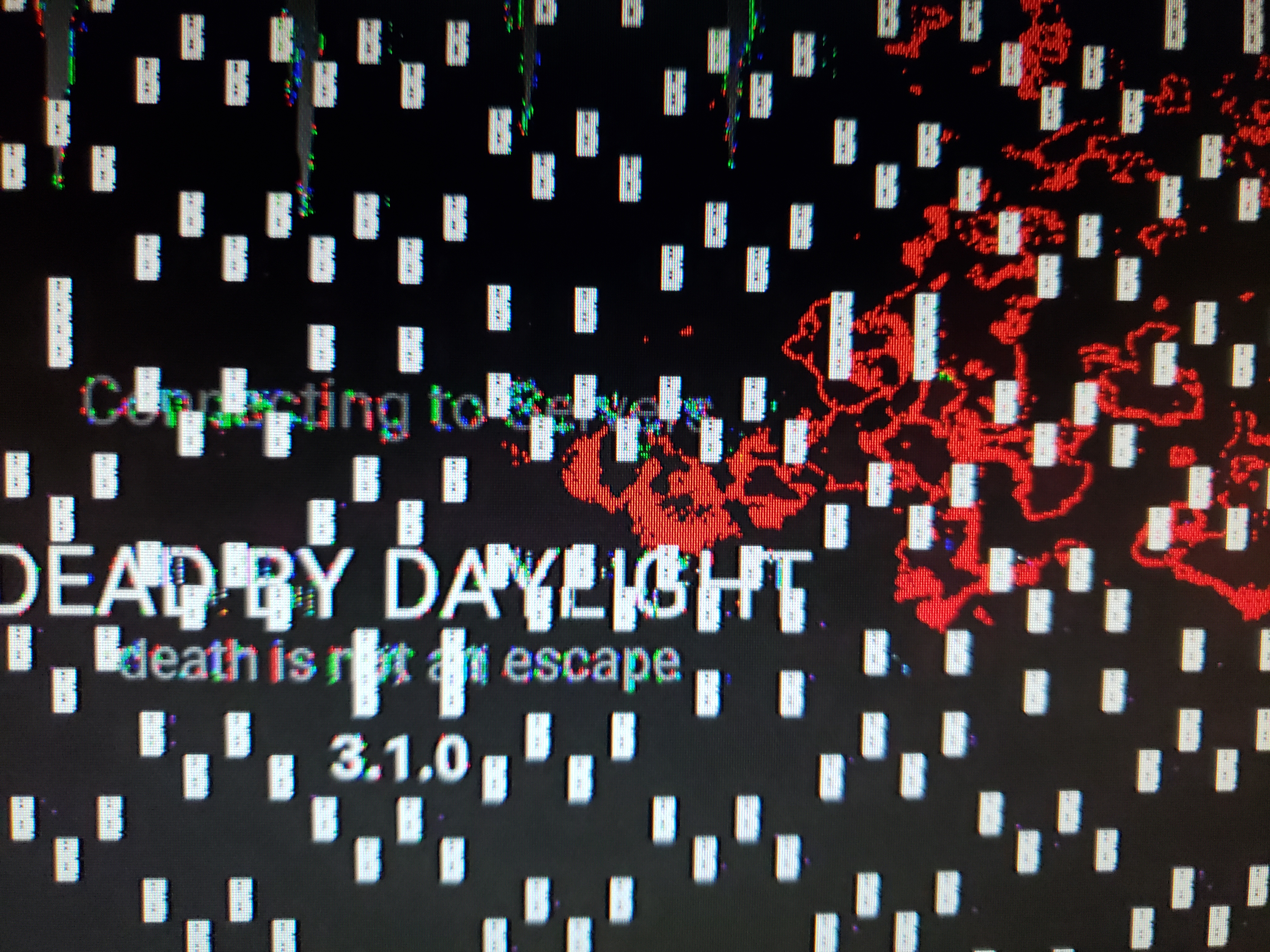