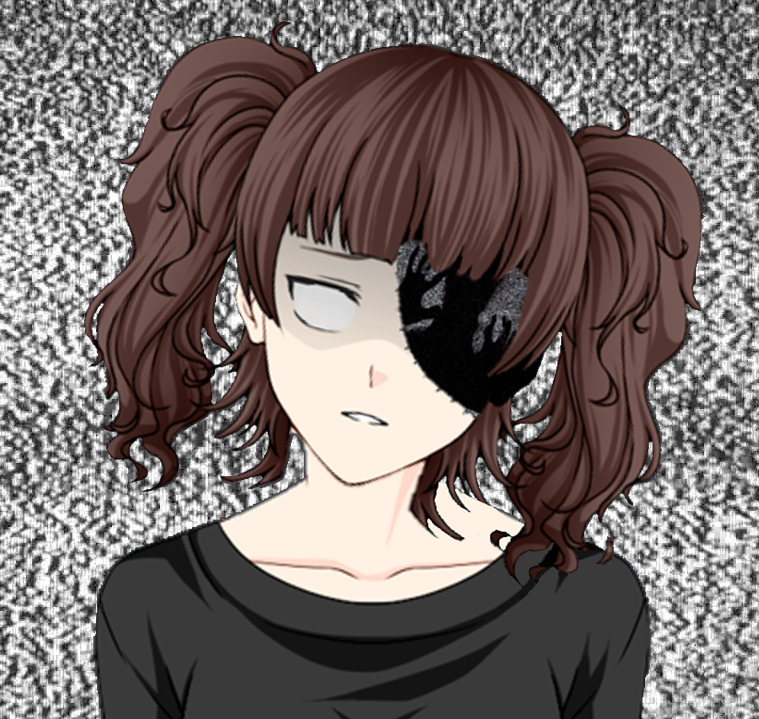 The Lucid are a teamwork-oriented duo of Killers, passing survivors back and forth between their respective domains in a deadly game of tag. Their personal Perks, Clairvoyance, Blood Pact and Deadly Sin, allow them to force survivors into dangerous situations and disrupt their ability to work together.

Adrienne and Seraphine Maura were no more than young identical twins, born into a normal family that was neither wealthy nor poor. Everything they did, they did together - and they did it well. Art. Sports. Homework. No matter what, they had each other, and it seemed that it would stay this way forever. Of course, when the Entity gets involved, nothing stays whole for long.

As the two of them breezed through kindergarten and entered into their first year of school, envy festered in the hearts of their classmates. They were freakishly good at everything - the power of teamwork, for once, actually made beneficial - and everyone else hated them for it. On its own, envy would corrupt Class 1-C in time. With the careful, meticulous work of the Entity, it would destroy them.

Near the end of the year, a standardized test went by, and a few days later, the grades were handed out. As usual, the twins came out on top, missing only two points out of twenty. The class average was around twenty-two marks, with the least successful student achieving a mere three points - one of which was for writing his name.

The unsuccessful student possessed envy for the twins’ mental capacity to a degree far greater than any other. So great that one day, after school, he cornered the twins against a building out the back of the school. As he advanced, pudgy fists raised to strike them, Adrienne panicked and lashed out with the scissors she was holding.

When the adrenaline faded, the twins were left staring at the bloodied corpse of their bully, his throat split wide open. The two girls were innocent of the world’s cruelty, but they were not stupid. They knew that if their crime was discovered, they would be in trouble. Big trouble. So, working together as they always did, the two of them tried to haul the body into a nearby dumpster. But a nearby teacher saw them, screamed, and the next thing they knew, the twins were taken away from their parents and packed off to the Crotus Prenn Asylum.

The van never made it. A few days after its scheduled arrival date, a rescue team found it crashed off the road in a notoriously dangerous leg of the journey. Of course, the twins were never found. Two pairs of footprints did lead away from the van, but they vanished near a river and both were presumed dead…

This is your world, and none can hide from your gaze. You gain the ability to see through corn, bamboo and swamp grass within a 12/18/24 metre radius around you.

They say blood is thicker than water, and it binds two individuals together with inexplicable force. When you strike a Survivor, they become your Obsession. Your successful hit cooldown is reduced by 15/20/25% upon striking a Survivor that is not your Obsession. Does not stack.

Every act of violence stems from a sin of some kind, and that sin leaves a mark on each individual that cannot be removed. When a Survivor is unhooked, the rescuer will emit a 16/24/32 metre terror radius and your terror radius will be decreased by 2/4/6 metres for 30 seconds.

Each sister carries one half of a pair of scissors. While they may never become whole again, the twins have found their own way to make these dual blades work together.

At the start of the trial, two Survivors start in Adrienne’s Dream and the other two start in Seraphine’s. Each sister may only strike Survivors inside their Dream, although they can hook downed survivors. When a sister strikes a Survivor, they enter the Dream Transition for 7 seconds (essentially, old Freddy’s power), during which both sisters will flicker in and out of visibility for that Survivor. When the Dream Transition ends, the survivor screams, revealing their location, and is transferred into the other sister’s Dream. Survivors cannot see a sister unless they are in her Dream. When a Survivor is unhooked, they are transferred into the Dream of the sister furthest away from the hook.

Tap the Use Ability button (default M2) to Awaken yourself for 60 seconds. While Awakened, each sister gains unique bonuses:

When the timer is up, Waking Dream is automatically passed on to the other sister and cannot be passed back for 30 seconds. Tap the Secondary Power (default: CTRL) button to end Awakening prematurely and pass it back to the other sister.

Why the Lucid is Good for Dead by Daylight

Reason One: A Change in Gameplay

The community has been asking for a 2v8 gamemode for a while now, but that would cause some obvious balance issues. A survivor may end up in a chase with both at once, which would make looping impossible and thus be very little fun. The Lucid, however, cannot be in this situation - only one sister can chase at a time, and there is a transition between Dreams to ensure that the sisters cannot two-tap someone without counterplay. Furthermore, neither of the Lucid have broken anti-chase powers like Nurse or Spirit, which means they will also have ample counterplay by nature of looping.

Reason Two: A Playstyle for Everyone

Each sister has their own distinct playstyle, which means they will appeal to a wider audience on both sides. Adrienne is built for pure chasing - she is 115% speed with a 32m terror radius, making her stealth negligible. However, her Awakening gives her a nice extra edge in a chase that, combined with a skillful killer and some good mindgames, can give her an extra level of threat without heading into broken territory.

Seraphine, by contrast, is built more for stealth and catching survivors off guard. She cannot chase directly, due to 110% movement speed, and her Awakening does not provide her with any direct chase benefits. However, by remaining unseen, Seraphine gives survivors a reason to be wary while on generators. It no longer becomes a game of holding M1 - the fact that she could come out of nowhere to hit or even grab you will create a similar atmosphere of tension to Mirror Myers on Lery’s.

Because of the two different playstyles, the Lucid will even provide something for survivors. Those who love a tense atmosphere will love to play against Seraphine, and those who love the thrill of the chase will enjoy playing against Adrienne.

Reason Three: Encouraging a Fun Game for Both Sides

Due to the nature of their power in that they cannot down a survivor alone, the Lucid is literally unable to camp or tunnel. When a survivor is downed, they can still be hooked by the sister that downed them (to avoid being left on the ground for too long, because nobody likes being slugged) but they cannot be immediately hit after being unhooked. They also cannot be camped, because - again - the sisters are not always able to hit a survivor. If one sister is camping a hook, one survivor who is not in their Dream can simply run up and unhook without penalty. The Lucid is actively punished for sticking around the hook or trying to focus down one survivor at a time.

To summarise, I believe that the Lucid is a great way to finally introduce two friends as killers into one match, without breaking the match. They encourage a non-scummy, fun playstyle for both sides, and maintain solid map pressure without becoming overpowered.