Home › Share Your Work › Creations
The February Developer Update is out now! Read up on all the changes coming to Dead by Daylight here: https://forum.deadbydaylight.com/en/discussion/130537/
We are aware and looking into the issue which caused players to have their rank reset further than intended. If your rank was not reset at all this month, this is a visual bug and closing and re-opening the game should fix it.
We have updated our Forum Rules. Please take a moment to read through them: https://forum.deadbydaylight.com/en/discussion/87004/ 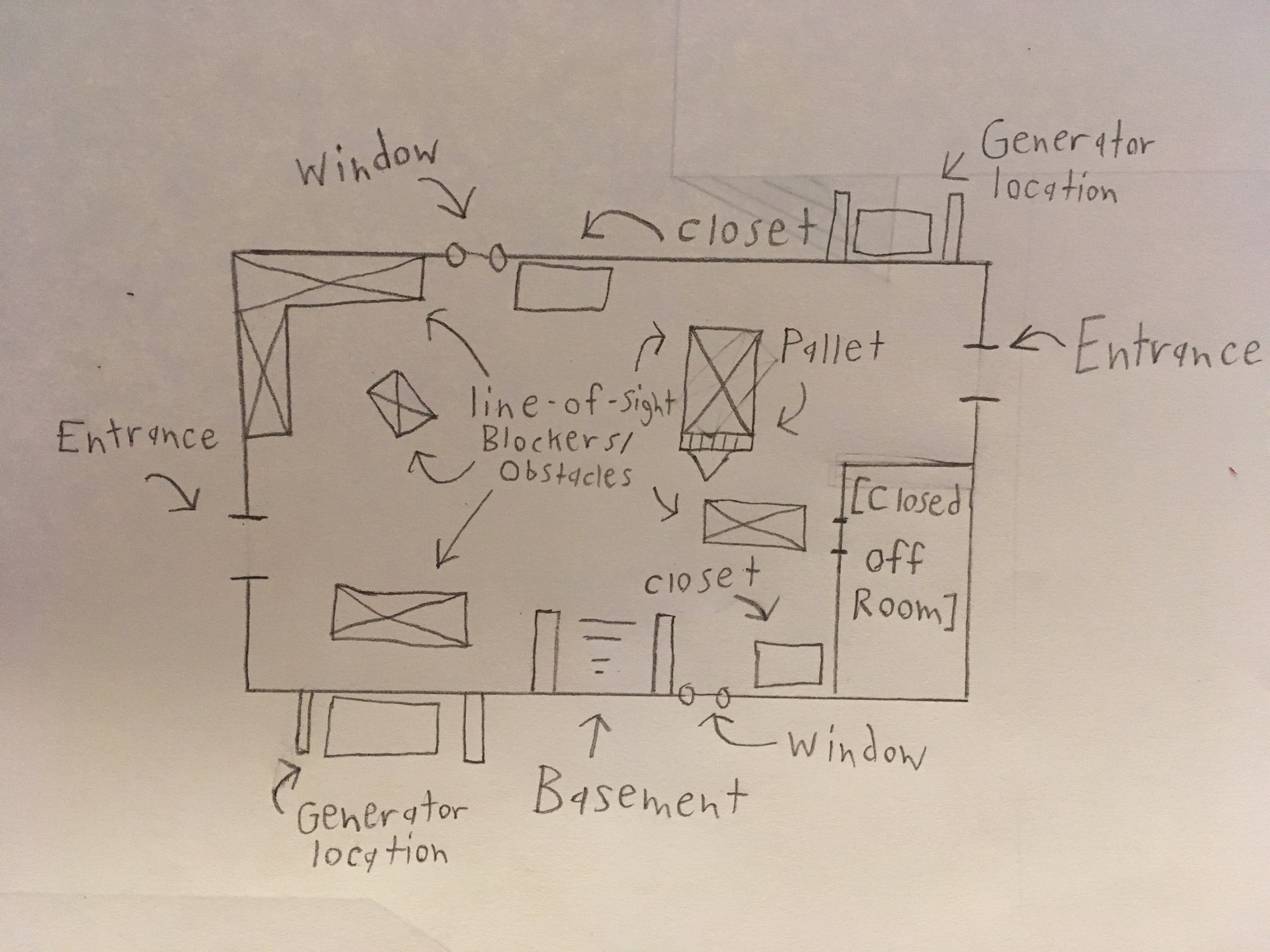 This map would take place in the Red Forest realm. I figured it would be more “open” than Mother’s Dwelling (with a big house).
It would also feature a more “bright” atmosphere despite there being a lot of shade from trees.
The ground has many patches of snow, as the sky is overcast in grey (it is about Midday though).
There would also be 2 buildings; One is the Killer’s Shack while the other is much smaller- than Mother’s Dwelling.
- The small house would feature various LoS blockers (tables, couch, part of caves in roof?), slanted picture frames, and perhaps corpses (or bloodstains) referring to the Huntress’ raids on families in her Bio.
- There would be possibly 2-3 lockers inside, plus 2 window openings (each trial, one would be blocked at random?)
- The House is located in a central location surrounded by trees (not as much of a clearing).
- A Generator can be found outside, underneath an overhang (tarp?)
- (Sketch is found above)

The map itself would feature large “hills” that take up much more space than our average hills. Similar to another half level up from Gideon Meat Plant (but without stairs, instead just have inclined ground)
- These hills can possibly contain LoS blockers consisting of military equipment/ tents(?) or wooden log walls.
- Generators will be found on these hills
- Lockers/pallets are present here as well.

The Dirt Path would consist of soldiers’ corpses, overturned wagons(?), and toppled trees.
There are “Small Clearings” where there are wooden log LoS blockers and lockers/pallets.
- One of these should have more trees but a smaller clearing with a decaying (or Entity “touched”) Elk.
- Clearings could be unique having soldier corpses.

A new map for the Red Forest would be pretty nice since the Crotus Prenn Asylum and Backwater Swamp received new additions.
I hope this idea sparks interest in those who have a part in Dead By Daylight.

[Why is it so difficult to post discussions on Mobile??]
2