Home› Guides
With regards to Error 112, we apologise that this error is still affecting our players and can assure you it is receiving our attention. Please bear with us and we will update with more information when we can.

How to Play: The Nightmare 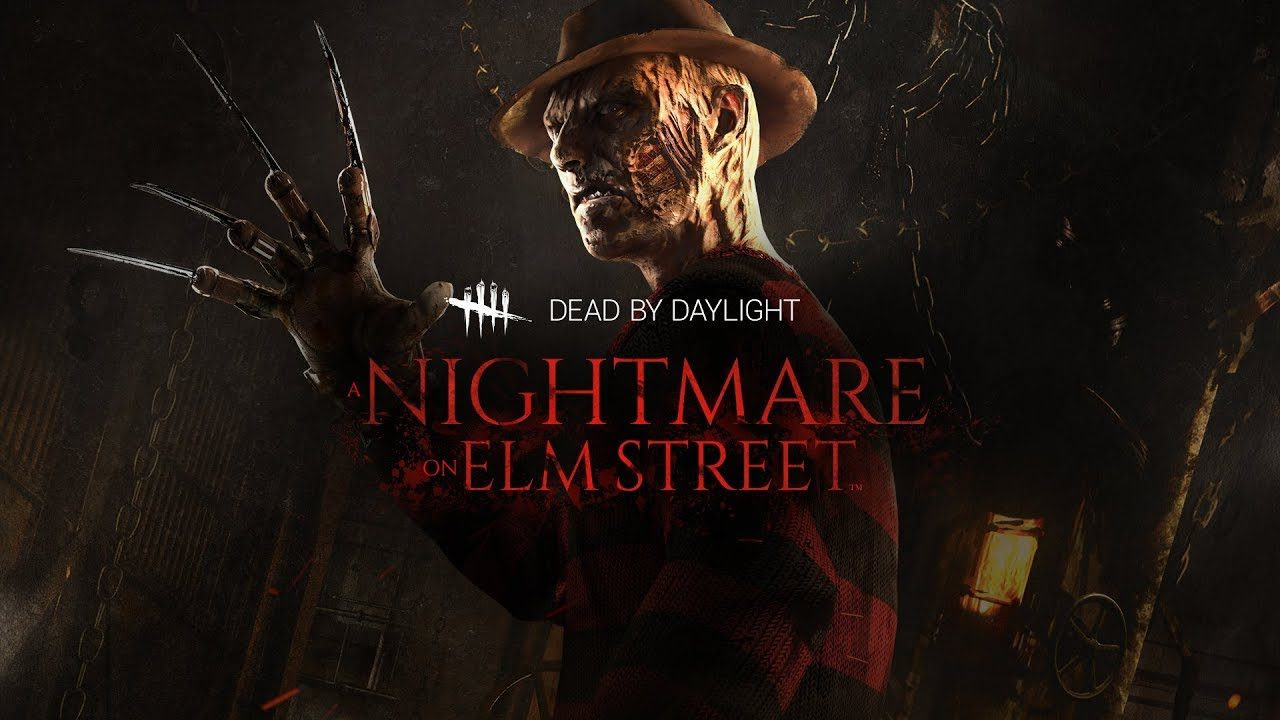 Freddy Krueger, aka The Nightmare, plays very differently to the old Freddy. Due to this rework, an in depth guide can be crucial to newer players who do not understand the newer Freddy.

Freddy's passive ability is the ability to make survivors fall asleep, whether by hitting them or through just leaving them alone. When survivors are asleep, they suffer from the oblivious effect, and can be seen more easily (due to a white outline). There are two downsides to being asleep: being unable to see/hear Freddy's Red stain and TR, and that they can also interact with Freddy's traps.

The only way they can awaken is to either:

Go to a clock highlighted to them, fail a skill check, or have another survivor wake them up.

The clock is always reliable for them, as it pauses the falling asleep timer for 30 seconds.

Failing a skill check can be taken away by using the Red Paintbrush addon. It also shows where the survivor is.

Other survivors become weaker over time, since it will take longer and longer for them to wake each other up (to a maximum)

Freddy has two types of traps: Snares and Fake pallets.

Snares slow down survivors who walk over them and cause them to scream. They give Freddy the survivors location and force survivors to vault slower, acting like the clown's afterpiece tonic (the gas). They can be placed anywhere, however, you only can place 8 at any given time. Most Freddy Players you will see will not use these due to their unreliability. However, very skilled players (like Truetalent) can make them work.

Fake pallets are easier to use, however, there are less places to actually put them down, depending on the map. Fake pallets can be set up at pallet locations that are shown to Freddy as white auras behind walls or orange outlines if you are looking at them directly. When a survivor interacts with a dream pallet, it will not stun Freddy, but explode in blood and allow you to get a free hit. This type of trap gets more powerful over time due to more pallet spots opening up across the map. You can only place 10 at a time.

Freddy has one other ability, the ability to teleport to generators. When Freddy teleports to a generator, it will spew blood, and an image of him will appear before the generator. The cooldown is lengthy, but can be shortened by the amount of survivors that are asleep. You can cancel the channel at any time, although you can bait survivors by channeling the projection as you're walking to a gen. Survivors will often run when they see it and often right into you.

Addons: Black Box, and an addon of your choice.

Offering: Whatever you want

Why this works: This build is based around the obsession, which constantly changes. No matter who you hit, you'll gain and lose tokens. Furtive chase will allow you to change obsessions, gaining tokens of Remember Me really easily while downing the obsession very quickly. The old version of this build had Dying light, but at the moment Dying light punishes you for hooking the obsession, so you would want to replace this with Rancor, just to keep the "Obsession is the most dangerous job" playstyle. It has decent tracking as well as allowing you to mori the obsession at the end of the game. This build also uses the new perk: Dead Man's Switch to block off gens for cautious survivors.

Offering: Branch offerings, to increase the amount of hooks possible

Why this Works: This build is based on protecting gens as much as possible. Whenever you hook a survivor, you will be given a 60 second window to break a gen to massively reduce progress. Using Surveillance goes well with this because you will kick the gen, which will have a white aura and turn yellow when a survivor goes to it. Discordance can be good for finding initial survivors and prioritizing where your Pop Goes the Weasel is directed (after Ruin is broken). Ruin now instantly gives surveillance readings, and when it breaks you can use Pop to smash the gens down further. The addons are to reduce the Dream projection cooldowns.

Momento Mori Freddy: Remember Me, Corrupt intervention, two perks of your choice (heck, can even be Spirit Fury/Enduring if you want).

Addons: Whatever you want

Why this works: You can and will mori anyone. After getting the Remember Me stacks, start mori'ing survivors. Sure, it doesn't rank you up, but it will slow the game to a slog, giving you ample time to actually catch people and kill them yourself. Corrupt intervention is just to buy you time, since overall, it will be more consistent than ruin. However, you won't need ruin later in the game because they will be mori-able at that point in time.

Mess With Them Freddy: Save the Best for Last, Pop Goes the Weasel, Distressing, and Monitor and Abuse

Why this works: This build is designed to purely mess with survivors. Distressing and M&A change the terror radius to be only slightly bigger, and will make awake survivors unsure of how big your TR is, due to its fluctuations. This can make them risk gen progress more, and so you can use the Pill bottle addon to sneak up on survivors. Save the best for last allows you to recover faster, so that they don't realize you can catch up faster, and Pop Goes the Weasel is to make them confused about how much progress they've made. Class photo makes them unsure of which gen you are teleporting to, but you cannot stop teleporting. It's not a build that is designed to rank up, but it's a build you can have fun with.

Survivors Kill Each Other Build (Suggested by @xnes_galax): Agitation, Iron Grasp, Mad Grit, and Infectious Fright. Infectious fright can be changed to NOED if you want a mean endgame build.

Add ons: pill bottle and any fake pallet add on

Why this works: This is a meme build. It's not designed to rank up. It works like this (As quoted by @xnes_galax, the Freddy main): "Simple, down a survivor, pick him up and start going crazy. Everytime you-... ehm... the flying survivor down someone, all others survivors position will be revealed. Use fake pallets as a bait to make the think they can save a friend... fools!"

Depending on which trap you use on Freddy, he can be difficult or of average difficulty. Snares reward you for understanding the loops throughout the maps and survivor pathing, while Fake pallets reward you for baiting pallet drops and create a false sense of security when in the dream world.

EDIT: Added general changes from the 3.2.0 update, including Dying Light and Oblivious changes.

EDIT 2: Added another build as suggested by @xnes_galax.