Home › Dead by Daylight Forums › News › General News
We have updated our Forum Rules. Please take a moment to read through them: https://forum.deadbydaylight.com/en/discussion/87004/ 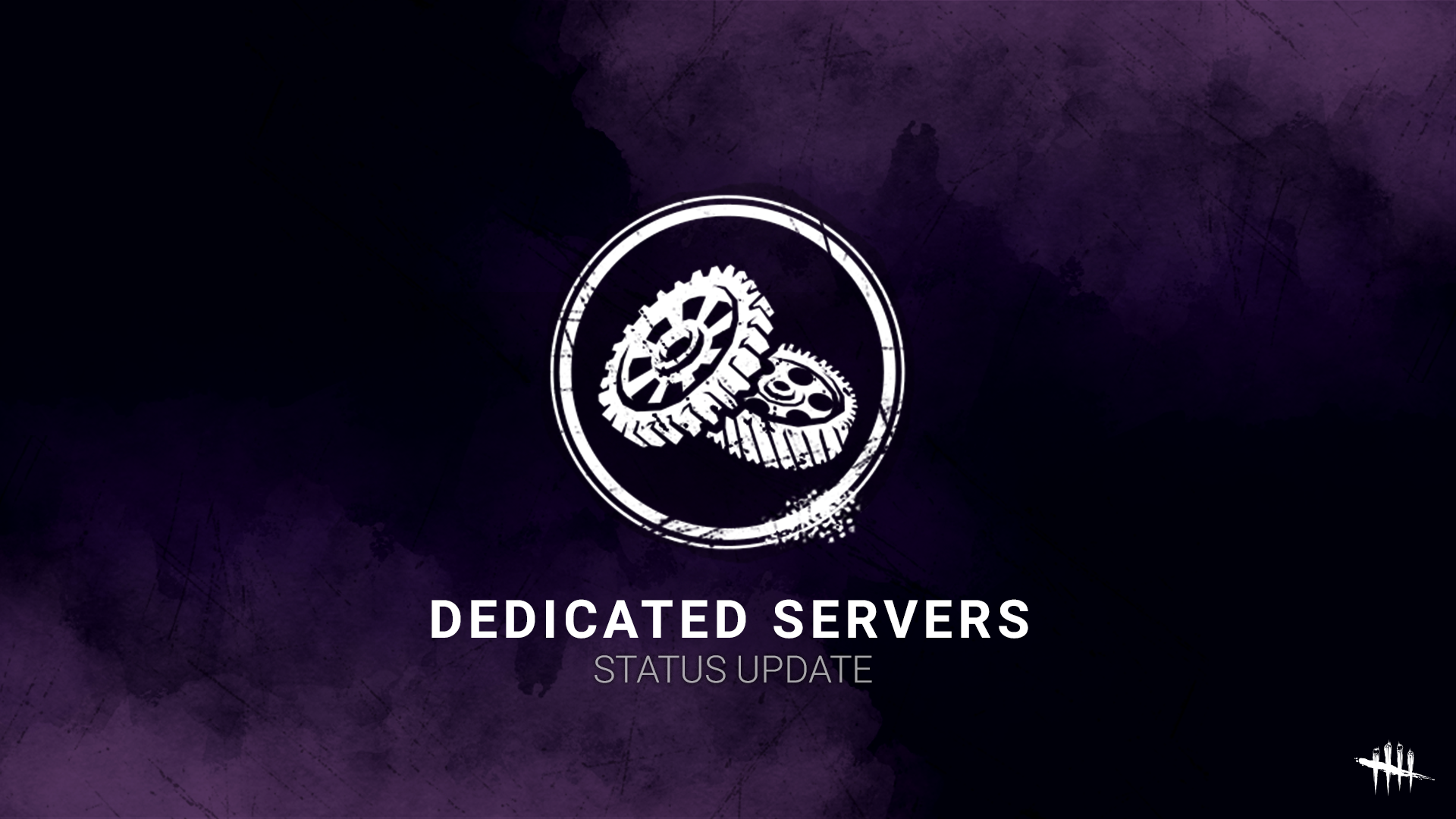 A little under a year ago, we announced that we would be bringing dedicated servers to Dead by Daylight in Summer 2019. Since then, our team has been hard at work converting the game from the existing peer to peer system. There has been a lot of discussion surrounding dedicated servers recently, so we would like to address questions or concerns you may have in this post.

We have recently tested dedicated servers during the 3.2.0 PTB. After a few rounds of changes, we already could see drastic improvements on average ping which translated into better general feedback. From the survey results and community feedback, we identified two main issues that were putting the release at risk:

Projectile interaction (The Huntress, The Plague, The Clown)

After reviewing the feedback collected and making several changes, we have decided that it is best to push back the planned release. Our new goal is to release dedicated servers on all platforms during Fall 2019. We know this delay is disappointing, but we feel it’s best to take the additional time to polish the experience and iron out a few issues.

We will communicate about our mid-term plan as we get closer to the Steam live test in October. With the fixes of our two main issues, we will be ready to test on the live environment right away. Testing on the live environment will allow us to gather more feedback and data. To streamline the process, the tests will be exclusively on PC. These testing phases will be communicated thoroughly and can be reverted if needed.

We have settled on the following locations for servers when we initially launch dedicated servers:

We believe that these locations should provide optimal coverage for most regions. If none of these locations are near you, you will still be able to play the game and have the same experience as before.

What to Expect on Release

Although expectations are high, we do need to reiterate that this is the first step of many. Dedicated servers open many new possibilities that were previously impossible through our old system. Though there will be some immediate benefits, other new features will take time to implement.

This initial release of dedicated servers focuses on infrastructure; we want to make sure that the foundation is solid before we can expand with new features. By connecting to the nearest data center, your connection will be more consistent from one match to another, and generally more stable than connecting directly to other players. Since all players are connected to a server rather than each other, we will be able to better identify disconnections, allowing us to be stricter on users who disconnect excessively. As a Survivor, your movement and interactions will be based on the server rather than the Killer, reducing some instances of jittering and delay when the Killer has a weak connection. For example, camera jittering while using Dead Hard, or a delay while trying to unhook another Survivor.

The Future for Dedicated Servers

With the groundwork set, we will be able to take full advantage of dedicated servers with new features and changes behind the scenes. One such feature we would like to implement following the release of dedicated servers is the previously mentioned disconnection handling system. We would also like to expand on hit authority (i.e. who gets the final say when a player has a poor connection), which would allow us to make finer adjustments to ensure that hits feel as fair as possible. We cannot provide an ETA at this time for when these changes will go live, but as always, we will be sure to keep you posted once we have more info to share.

Although migrating to dedicated servers is a large task, we are confident that the benefits they will provide will improve the game in both the short and long term. We will keep you updated on our progress as soon as we have new information to share, and we look forward to getting servers into your hands as soon as possible.