Home› Bug Reports› Visual
Due to latency issues in the PTB, we have decided to postpone the server hit validation test until after the update releases on the live version of the game. We will let you know when the test will take place as soon as we can. Thank you all for your patience.
You are currently reviewing the archived bug reports section. To report a new issue, please use the new bug reports section found here: https://forum.deadbydaylight.com/en/categories/bugs
If you are experiencing the Rank Update Error, please click here: https://forum.deadbydaylight.com/en/discussion/125133/

No struggle phase on second hook

The platform was PlayStation

The killer a legion with an mouldy oak offering.

The killer hooked everyone 2 times. First hook there was no option for 'Attempt Escape'.

No one entered the actual struggle phase on the second hook. You didn't have to press any button saving you from dying.

I died on hook and stayed in the game even after dcing. 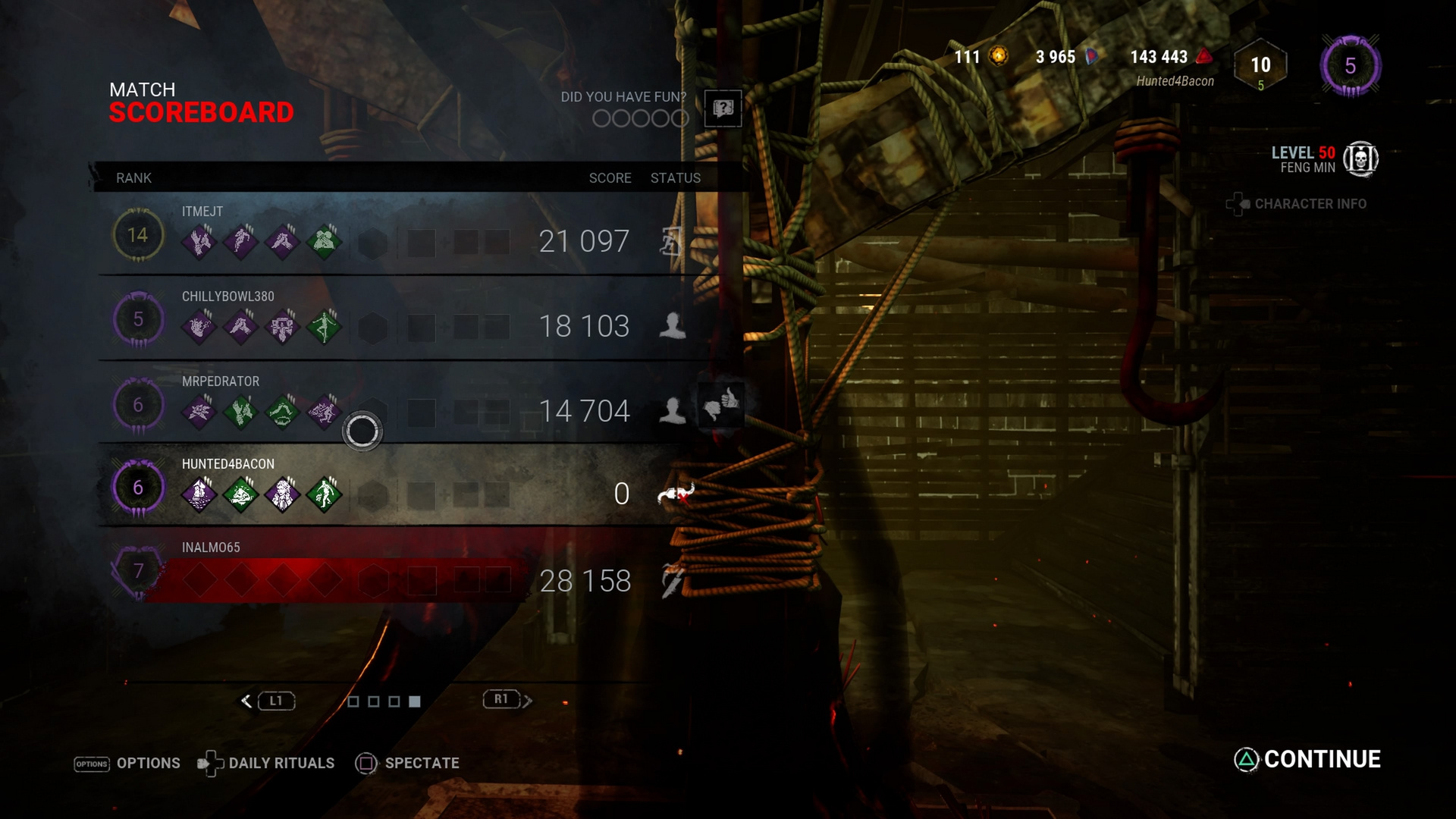 This was my screen. 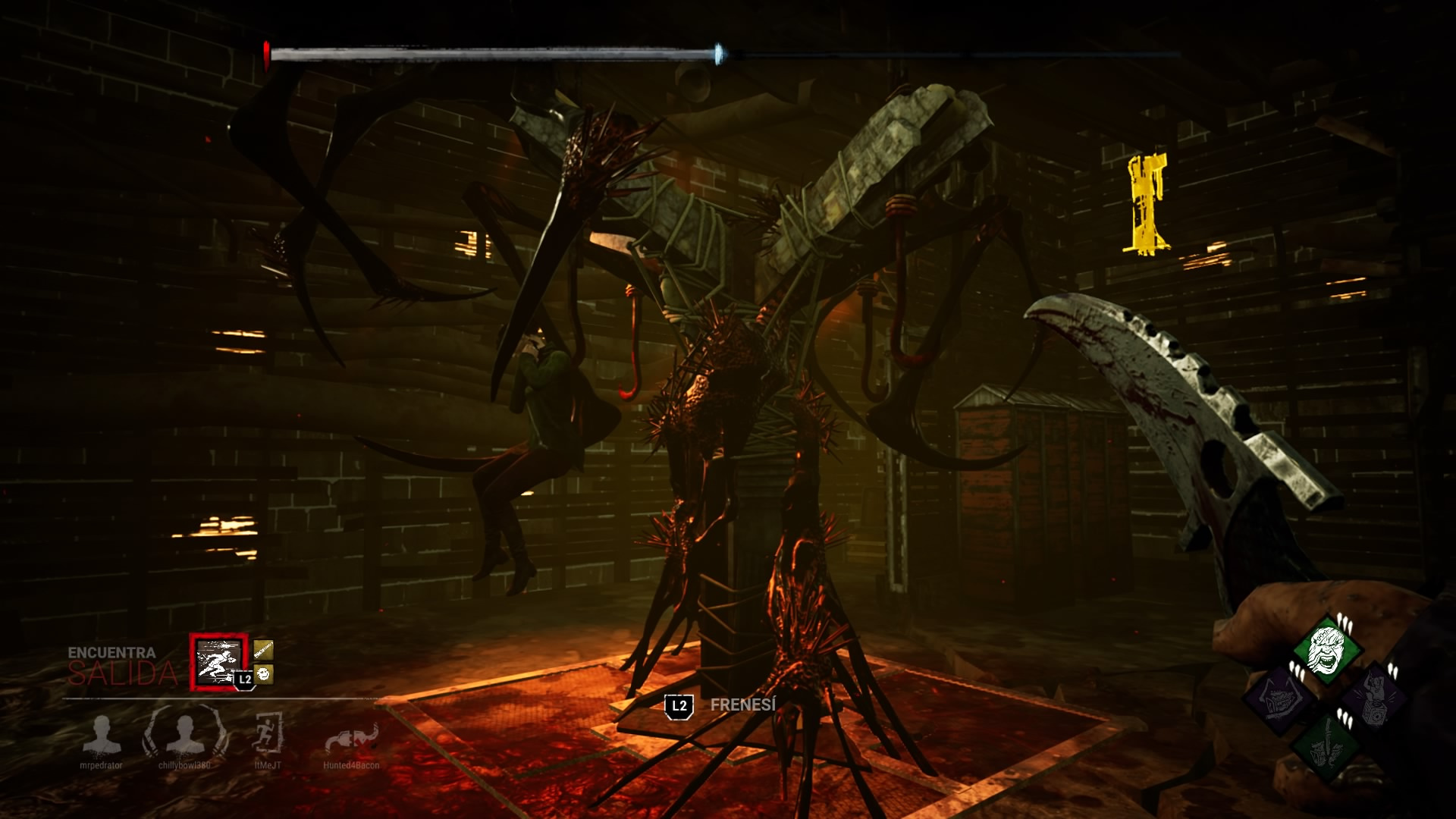 And this what the killer saw.

Theres another hook lit and from the angle i would assume i was hooked on it before.

The killer couldn't see the red auras of the latest used hook it was still yellow nonetheless that the person was already unhooked.

Like i said the killer used the mouldy oak offering.