Home › Technical Issues
Welcome to the Dead by Daylight forums! Please take a moment to read through the forum rules before posting: https://forum.deadbydaylight.com/en/discussion/87004/

so i was playing Huntress i was loosing the game bla bla bla and suddenly my game lagged for about 2-3 seconds and then all i saw is everyone had disconnected in the end game screen i was shocked too and no i didnt use anything like lag switch etc. Did this happened to anyone else ? Or is it just me ?

here is a screenshot of the end game screen: 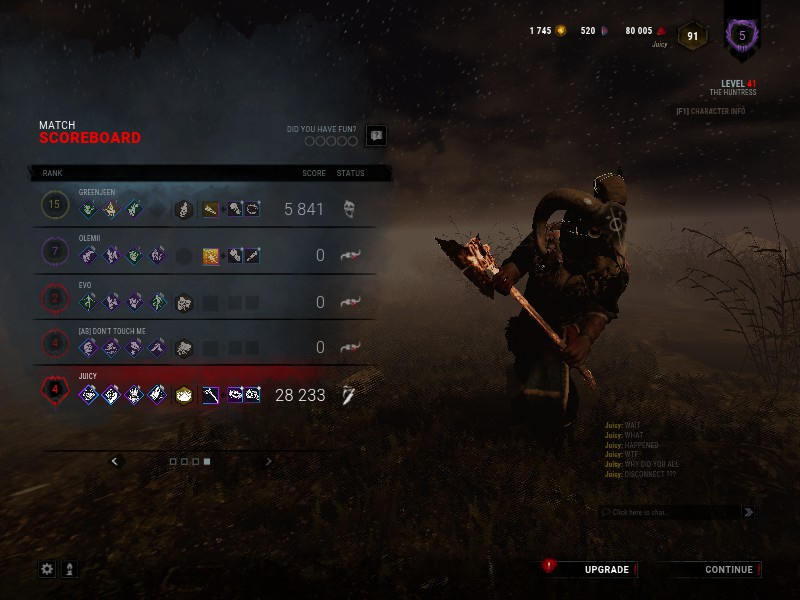 and yes i got a pip cause of the dcs.