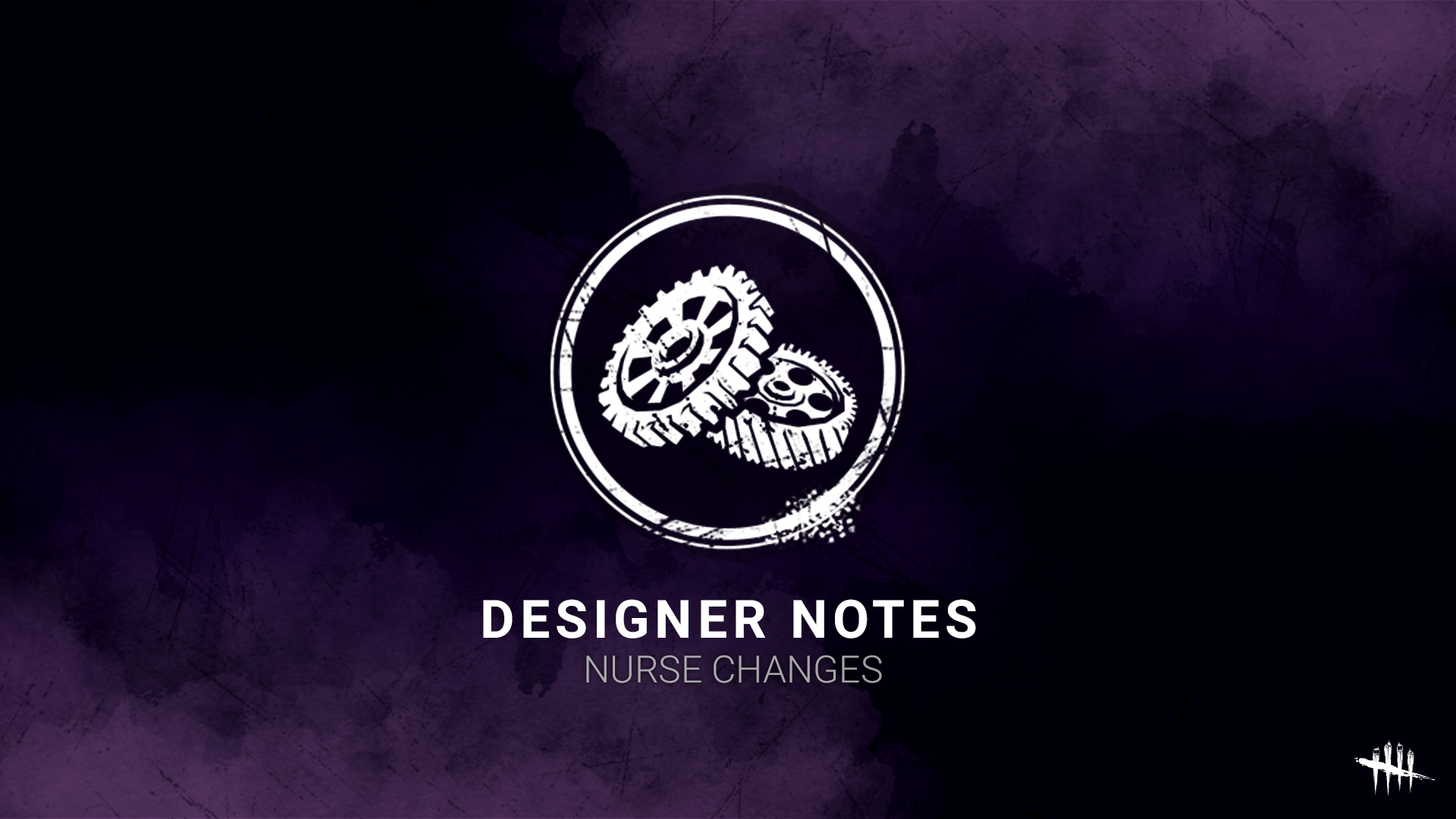 For the past few months, we have been reviewing the Nurse and her add-ons. We are pleased to say that these changes will be available in the upcoming mid-chapter update, and we would like to take a moment to share some insight into thought process behind them.

There were several things we wanted to address when revisiting the Nurse. First, all killers should have 4 common, 5 uncommon, 5 rare, 4 very rare and 2 ultra rare add-ons- the Nurse previously did not meet this condition as she was created before this standard was put in place. Many of her add-ons also had downsides or effects that hindered players' muscle memory, causing them to be very rarely used. Others had unintended side effects that made them much stronger than intended (notably the range add-ons which in turn granted reappearance speed, sometimes referred to as "omega blink"). We wanted to bring these add-ons up to our recent standards and introduce new and fun effects for players to experiment with.

In the process, we’ve also made a few adjustments made to her base power. Previously, the Nurse could double blink, go through fatigue, then immediately double blink again. This did not leave the Survivors with much of an opportunity to break line of sight. A recharge mechanic for blink charges has been added to limit how quickly she can perform multiple blinks. Rather than immediately receiving all her blink charges following fatigue, she will instead regain charges one at a time. Each charge takes three seconds starting from the beginning of her fatigue. This time can be reduced through add-ons.

The timing of the visual effects for the blink reappearance have been adjusted so that the Nurse becomes visible just before the end of the blink. This allows players to react appropriately and avoid situations where they are hit or blocked by the collision of the Nurse before they can see her.

We have removed the “blink accuracy” stat. Blink accuracy stat was functional, but its values were so small that its effect was hard to notice. Blink accuracy would place you randomly around the position you blinked to.

Every single Nurse add-on has been altered in some way. The new effects of the add-ons are the following:

All these changes are available to test starting tomorrow on the Player Test Build and will be included in the following mid-chapter update. We look forward to hearing what you think!