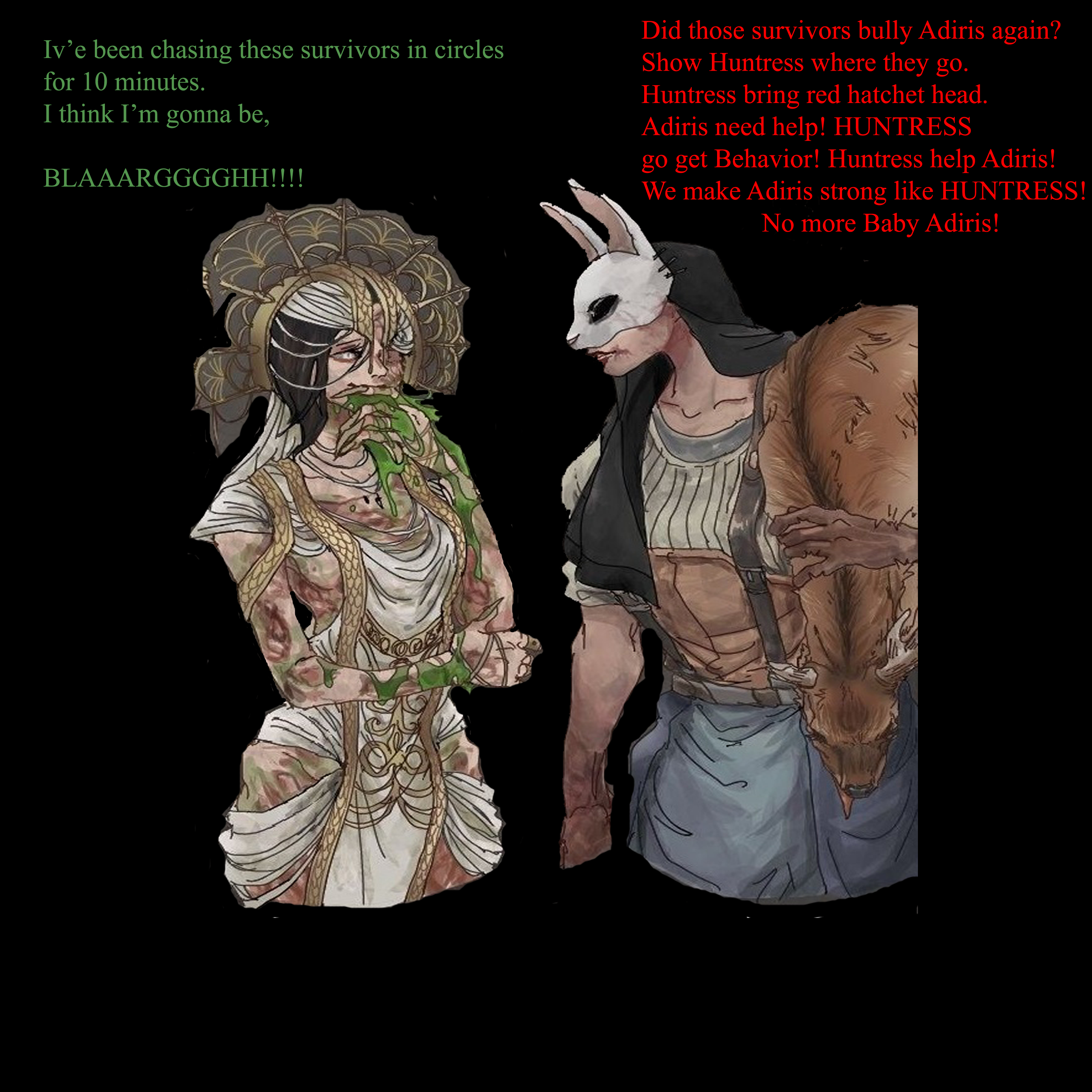 So I've mained Plague since she came out and she is by far one of Behaviors crowning achievements when it comes to design and killer aesthetic, but unfortunately her gameplay on both sides feels like a war of attrition. I want to share my experiences with the Plague, who I've played at all the different ranks and have a lot of hours on. She is my favorite killer because she puts the power in the survivors hands but right now her kit is skewed too much toward Corrupt Purge being a game ending force. I will talk about my experiences with her and propose some changes.

So when it comes to vile purge I actually feel this ability is very potent as it will allow you to injure survivors without having to chase them down, all it takes is one drop of the green goop to start the timer. But that's only if they choose not to cleanse. Cleansing and giving the Plague her corrupt purge is very punishing at the moment while vile purge becomes virtually useless if nobody cleanses. This makes Plague into a killer that loses her power against stronger survivors. Basically stronger survivors can just hold her power hostage. This makes piping on plague nearly impossibly. She feels punished for using her power. While on the other end of this, survivors are locked out of healing and unable to get the points they need (cleansing should give a good amount of healing points and it doesn't) in order to progress and they end up just bum rushing gens instead of interacting with the killer because they can't do anything else. Usually in a plague game, everybody black pips and that's it.

I think that Corrupt Purge is too strong and is part of the reason survivors choose not to cleanse. It lasts 60 seconds. I have ended a game off of one person giving in and cleansing. The raw power of this ability is just a bit too high. Additionally I do think there needs to be some kind of penalty for not cleansing. Action speed regression is what most people suggest but I actually don't like that idea because it's not helping Plague where she needs it. She needs help in the chase. She needs to accumulate Deviousness off her power and she is constantly denied this.

My solution is simple

-Bake Iridescent Seal into her base kit.

All Corrupt Purge now lasts 40 seconds and everytime a gen goes off Plague gets to use her Corruption. From there make her cooldown on Corrupt Purge slower (how fast the stream comes out.) this will open up room for survivors to dead hard or get to cover. This change also lowers her movespeed while holding corrupt purge. It's a good add on and it should really just be a part of her kit. This will make survivors more cautious about poping a gen before their friends have lost the plague in chase. This also makes cleansing less punishing overall because Corruption can't just end the game as easily. It is still strong but pilot now has to manage time and positioning. Corruption is too easy to just slug them all and 4k.

As for Vile Purge I would like to see it stay on objects a few seconds longer and create a splating animation that will happen over their portrait when they already sick and touching something infected to help her track and defend gens. I'd also like to see her granted more bloodpoints for breaking a survivor in one full charge up instead of just getting a drop on them. Currently it's a little over 100 for infecting them and 25 for infecting objects. The issue is that you don't get anything for breaking a survivor. More if you break them in one charge, or breaking at long distance. Either she needs to gain deviousness over time based on how long Survivors stay broken or have the base numbers raised for her BP gain to compensate.

The new iridescent seal could be replaced with something that causes 1 random status effect to accumulate at the half way point of their infection timer degrading (Blindness,Exhaustion,Oblivious, Hindered,or Hemorrhage). Which will stack with the Broken status and won't go away until cleansed. This is a lot like Doctors Iridescent King. Status effects are something Plague mains have been asking for and a pink add on could deliver that without being too oppressive.

This still leaves the power in the survivors hands, which it should be. But her power shouldn't be held hostage by survivors once she has everyone sick. Plague shouldn't feel like a war of attrition but a sickness you can fight against. Please let me know what you guys think and let's brainstorm how to fix vommy mommy in a way that feels strong but not oppressive.