In my journey I've seen a lot of builds played and posted in forums, groups some being really cool and some being absolute garbage.

I decided to make this little guide for the newer players who arent aware of the actual meta or for people who arent up to date and want to have a look.

By Meta I mean what is actually more performing in overall situations and not the only choice possible.

As a last word for my introduction I'd like to say that meta is always evolving so what works now might no work the next month/patch.

So lets get started with the "Killer Bane" build, actually the strongest build overall

So, why is this build the most performing?

You have Decisive Strike which gives you a "get out of jail card" if you are getting tunneled or to escape later into the game, you can also force some risky play. Then there is Dead Hard, which is imo the best exhaustion perk overall, this does not mean the other exhaustion perk sucks, in fact Balanced Landing for example in certain maps is way stronger but good ol' Dead hard is more reliable since you can use it in almost any situation. We have Adrenaline, which doesn't need much of an explanation, 4 adrenaline in 1 team means 4 free health states. Last we have Borrowed Time which grants you an extra free hit after being unhooked which basically gives you X seconds of immortality, you can shield your mates and it has a lot of playmaking potential, basiclly its a free unhook.

This build is really versatile and covers almost every aspect of the game, chase, saves, escaping and is focused on survivability which obviously is key.

There are some other perks which are really strong and fits the meta for example: 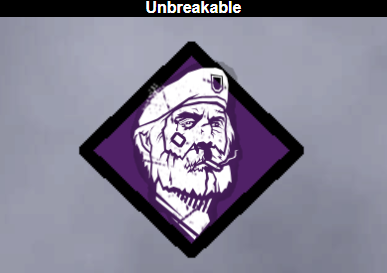 Unbreakable works really well with Decisive Strike because they can't really let you slug nor pick you up.

It also gives a bonus recuperate speed which is always useful. Pick this if you plan to play a bit more "aggressive".

I'll make a special mention for 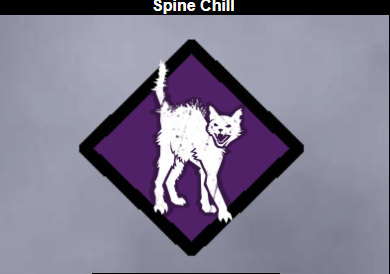 Spine Chill was already a good perk but with the nurse nerf and the rise of spirit seems to be fitting even more well into the meta. I suggest to use this perk occasionally and dont get to used to it, having awareness of the game by yourself is better, making the right guess and so on.

To conclude I want to say that there are a lot of perks who are actually really good and a lot of build that works well, this game has a lot of potential and diversity so again use everything with a grain of salt.