Home› Feedback› Feedback and Suggestions
Due to latency issues in the PTB, we have decided to postpone the server hit validation test until after the update releases on the live version of the game. We will let you know when the test will take place as soon as we can. Thank you all for your patience.

First things first, let's start with the obvious.... Moris are overpowered. It's known, and it's whatever because killers don't use them every game.

Secondly, I will admit I was once a user of MLGA and would happily block killers who would talk [BAD WORD] to me in end-game chat because they disagree with something, simply in fear of being targeted by that killer in the future (encountering the same person in high ranks is VERY common). Mind you, I'm not a T-bagger or flashlight spammer.

All this to say: Now that we're on dedicated servers, killers should NOT be able to see the players they are up against.

It's ridiculous to me that Killers can have Mori lists and target those who they disagree with in post-game chat. It's on the same level of stream sniping. The other day I was specifically targeted by a Nurse with a stream link in their name and I wanted to see if they had a mori daily or had something against me. Turns out I'm on this nobody-streamer's "Nurse only + mori list". I'm not sure why I'd be on such a list; did I disagree with them in post-game chat (I don't give into flaming)? Did I use an insta-heal in their game while trying to use up all items before prestiging? Did I use decisive-strike? (Yes, just today I ran into someone who brought an ebony mori because they had someone on their Mori list for using decisive strike and said I'm on theirs too now?) 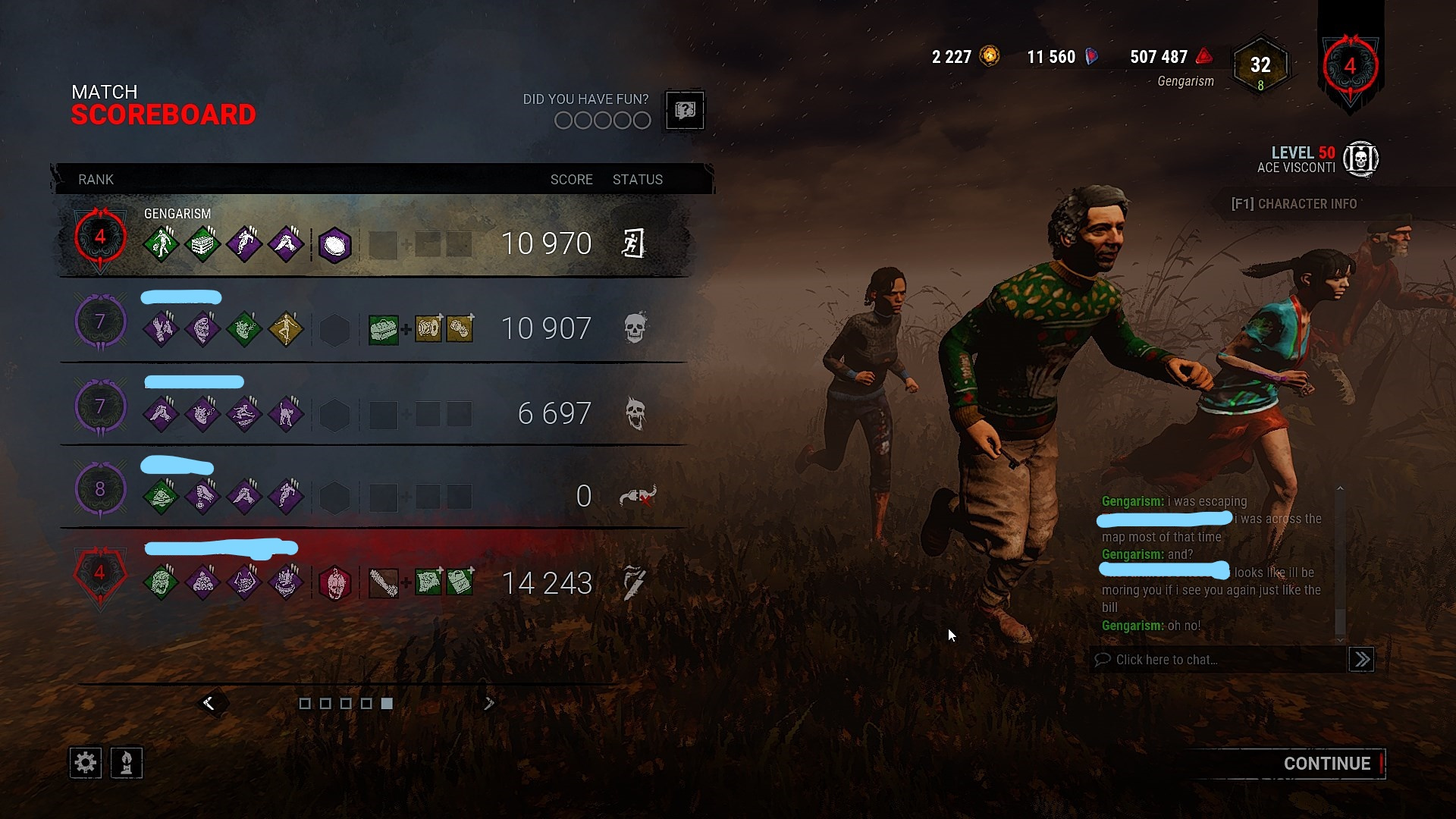 Whether or not you disagree with moris/specific setups being overpowered, do you still think it's fair that killers can target players and have them on lists? I personally think it's on the same level of toxicity as stream-sniping, and should be looked into.

Users in this community always seem to say that killers should be able to see what they're up against, and I can understand that viewpoint. I don't believe they should know WHO they're up against. I propose we allow killers to see item loadouts and add a way to prevent quick-switching to make up for names/profiles being invisible in lobby.