Home › Discussions › General Discussions
Welcome to the Dead by Daylight forums! Please take a moment to read through the forum rules before posting: https://forum.deadbydaylight.com/en/discussion/87004/

Let me describe what happened in the latest game of mine. I was constantly hooking one survivor after another and heavily pressured 3 gens that they were trying to complete (80% already)

They ended up 3gen themselves and lost. Purple and red ranks btw.

Build;pop,noed, Franklin's and bq. Doctor with the two red add-ons.

I had to stop chases because they were back on the same gens. 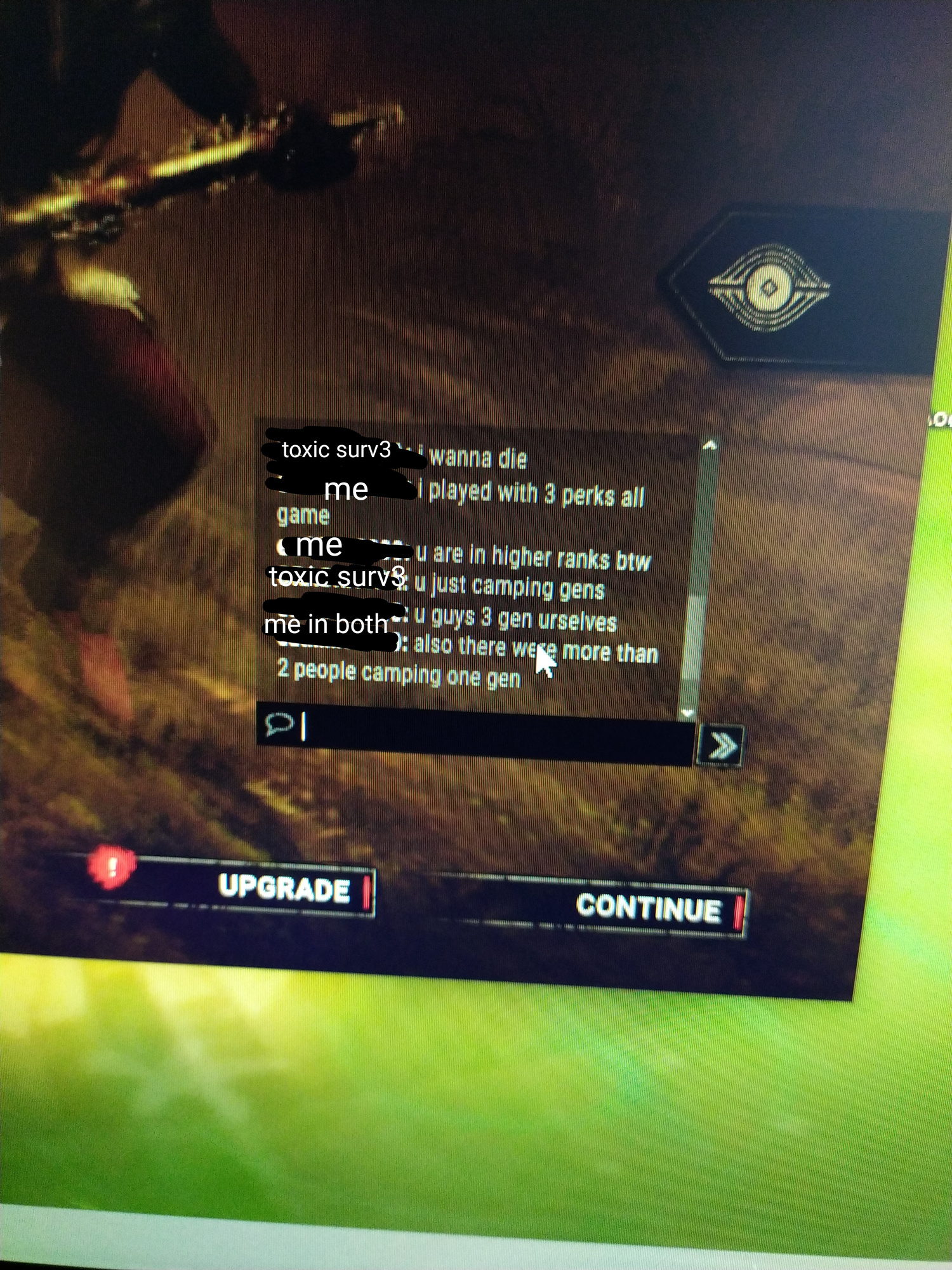 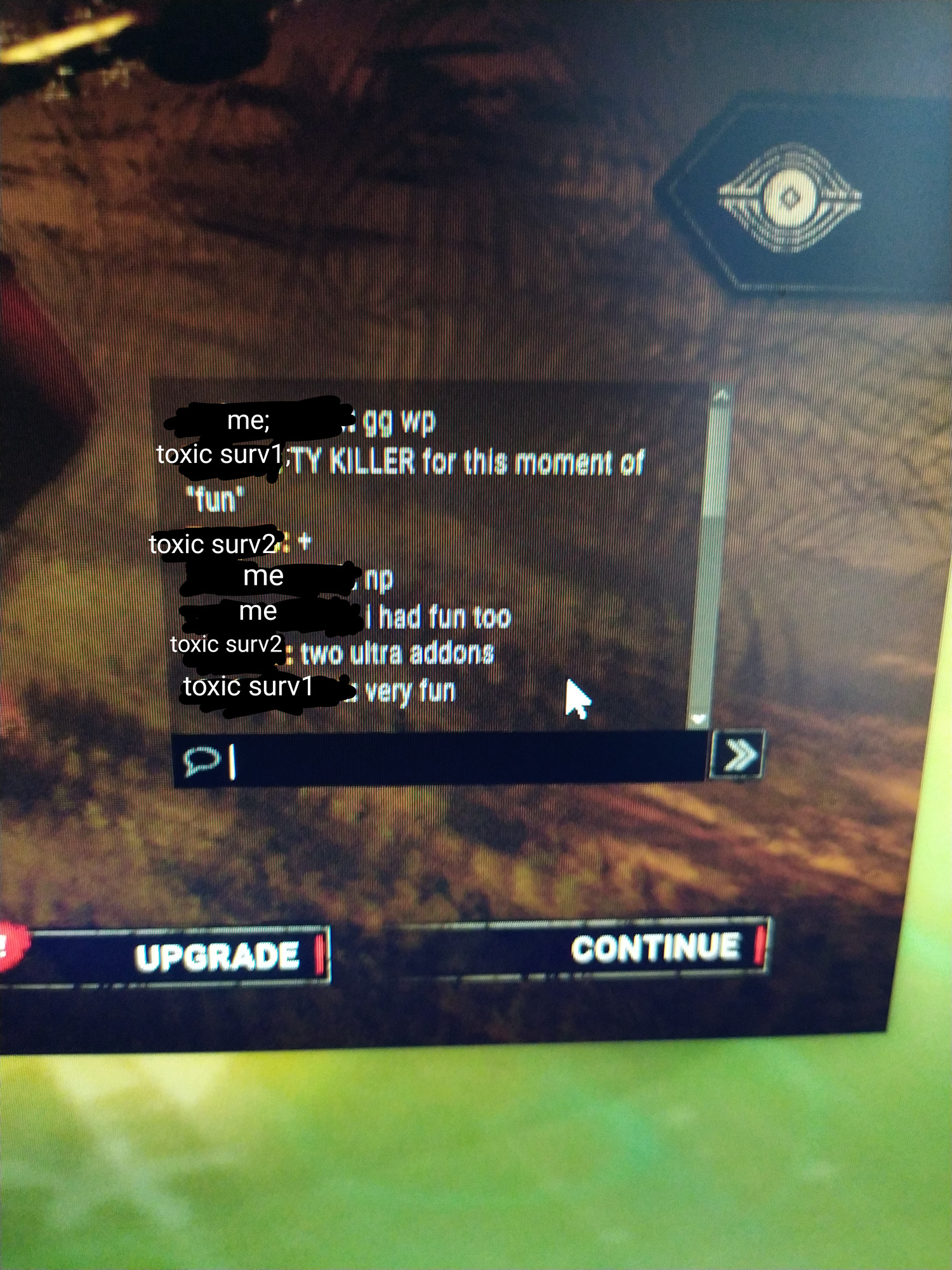 "Camping gens" haven't heard of that before. They [BAD WORD] up most of the time, teabag and point, and yet I'm the one to blame. I just love some salt late at night ❤️

What do you think? Let me know below.

Edit; fk. I unintentionally put my own name on the post and I can't change it. Welp, someone help