Why is killer so stressful and weak?

Hopped on DBD to get some Archive challenges done. Played some survivor. Did some gens, searched chests, did totems, got chased, got hooked, and escaped. Died once out of 7 games at red ranks. Hopped on killer. 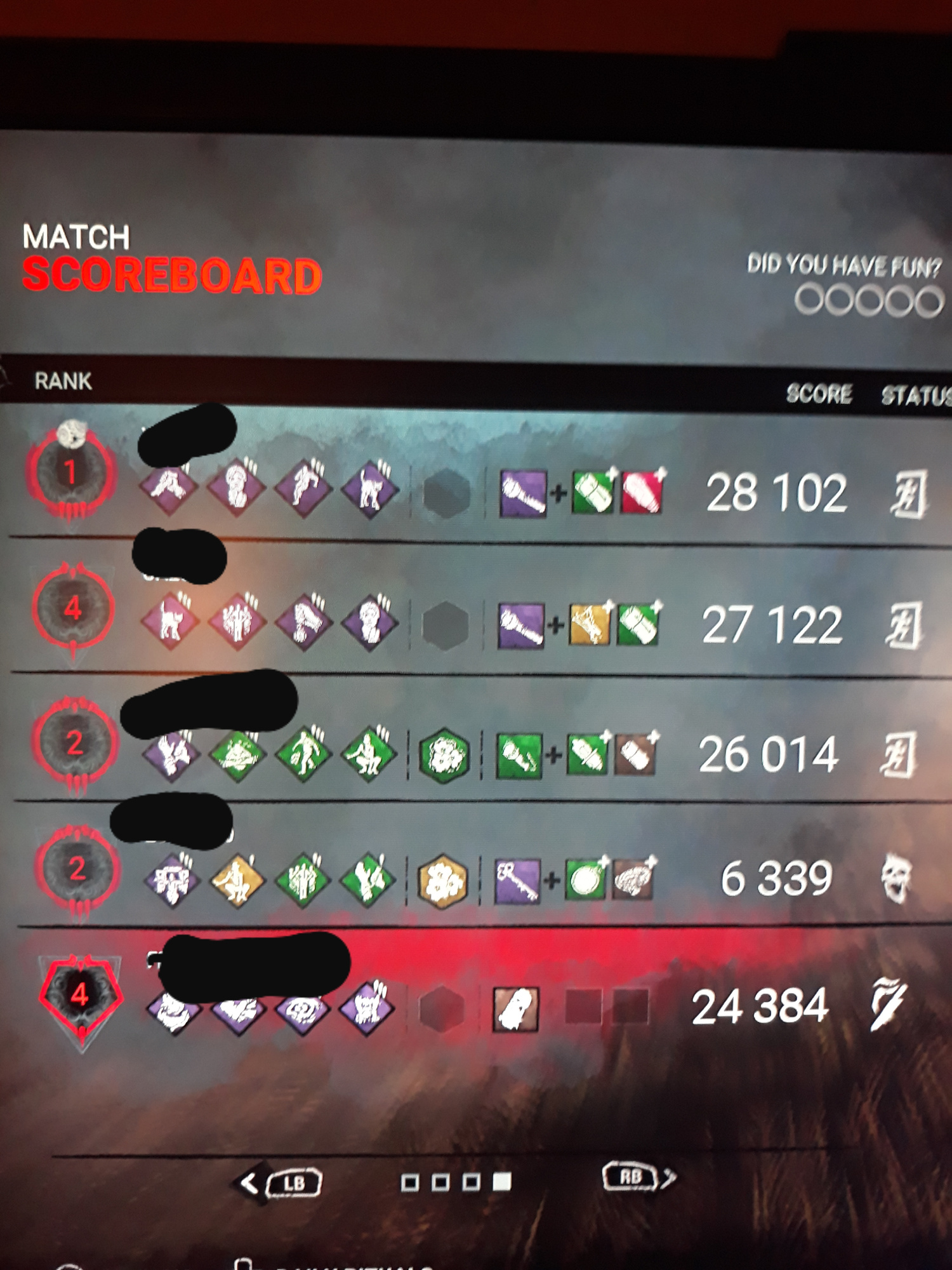 FUN. Rinse and repeat for 7 more games before I get burnt out. Devour Hope, the one Hex totem that should stay around until mid to late game, was gone in under 2 minutes consistently because totem spawns are total #########. Was sent to either Coldwind, Haddonfield, or Ormond. Teabags were had, gens were rushed, the usual. Even in matches where I'm trying to learn Clown or Doc who have three or two ######### perks because Devour Hope keeps spawning either next to a gen, next to a survivor, or out in the open for the survivors to have their way with it.

Why is killer, the power role in this asymmetrical game, the stressful role? Why isn't it survivor? The side where I'm supposed to be fearing for my life? Instead I can just loop, stun, and rin to the nearest infinite unless it's Billy, Nurse, or Spirit, then I actually have to use a quarter of the grey matter inside my skull.

Why is survivor the cakewalk? Why is survivor both the numerous and the power role? I should be playing killer to let off some steam and feel powerful, not hope to god that I get a good map, get a good totem spawn, get good pallet and tile spawns, pray that the survivors aren't bringing in 4 semi decent toolboxes, ect. Then I have to keep track of 20 perks, aforementioned totem and pallet spawns, who is who, who's on death hook, if anyone has DS or BT, items, my own power and addons, hook placements, and so on.

Killer makes me want to lobotomize myself with a plastic spoon. Survivor makes me feel like I am actually braindead because of how easy it is.