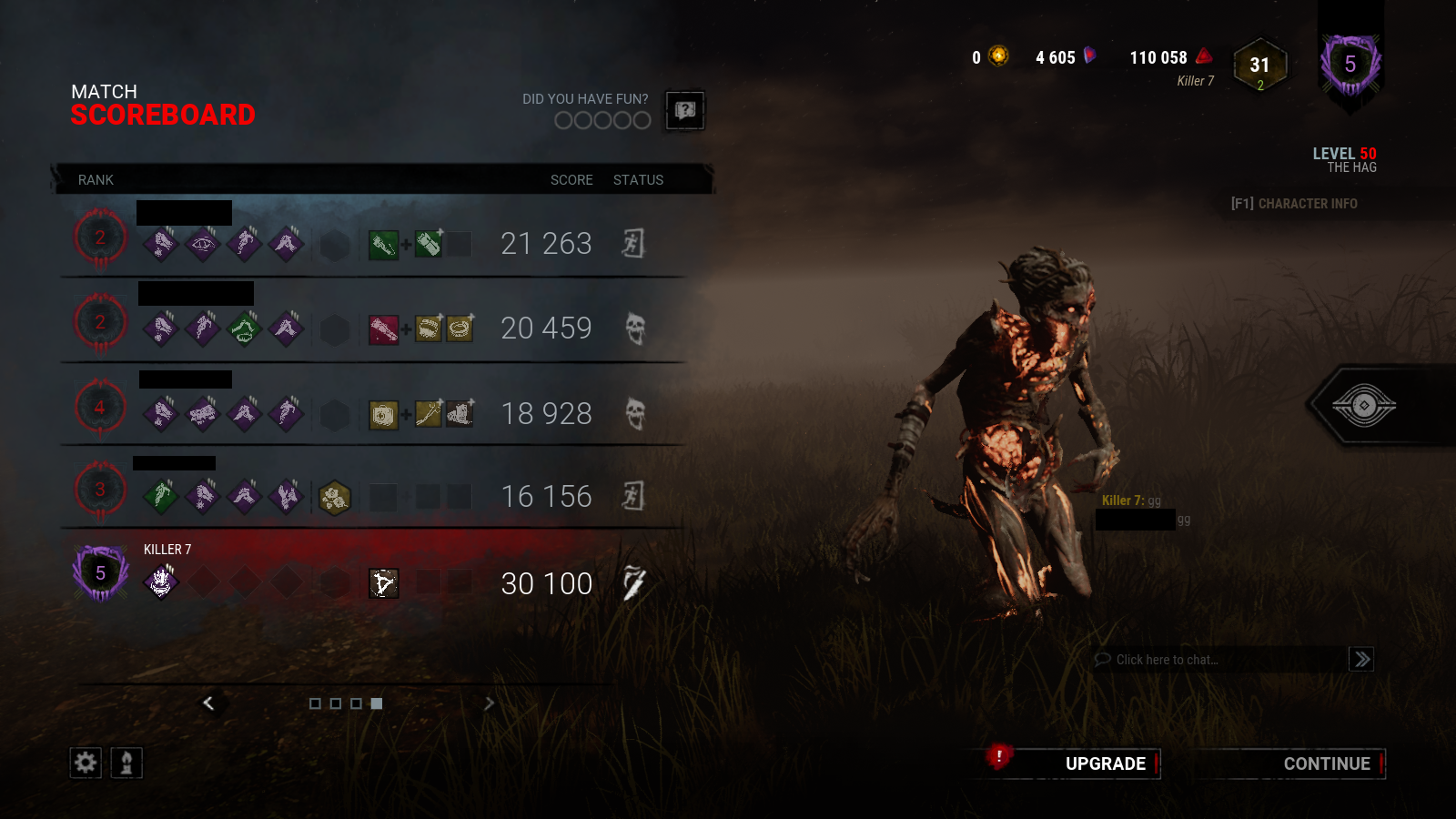 I'm extremely lucky that I got Lerys and 3 gens. Also, they played super autistic like saving in front of me. I'm pretty sure if they were not fooling around, I would get destroyed.

Btw, Object of Obsession gives too much information to survivors. They can plan rescues very easily as they know where you are 100% of the time.

PS: These survivors are not toxic or anything, and I'm glad I had fun game too. I'm posting this here just to show the usage of meta perks 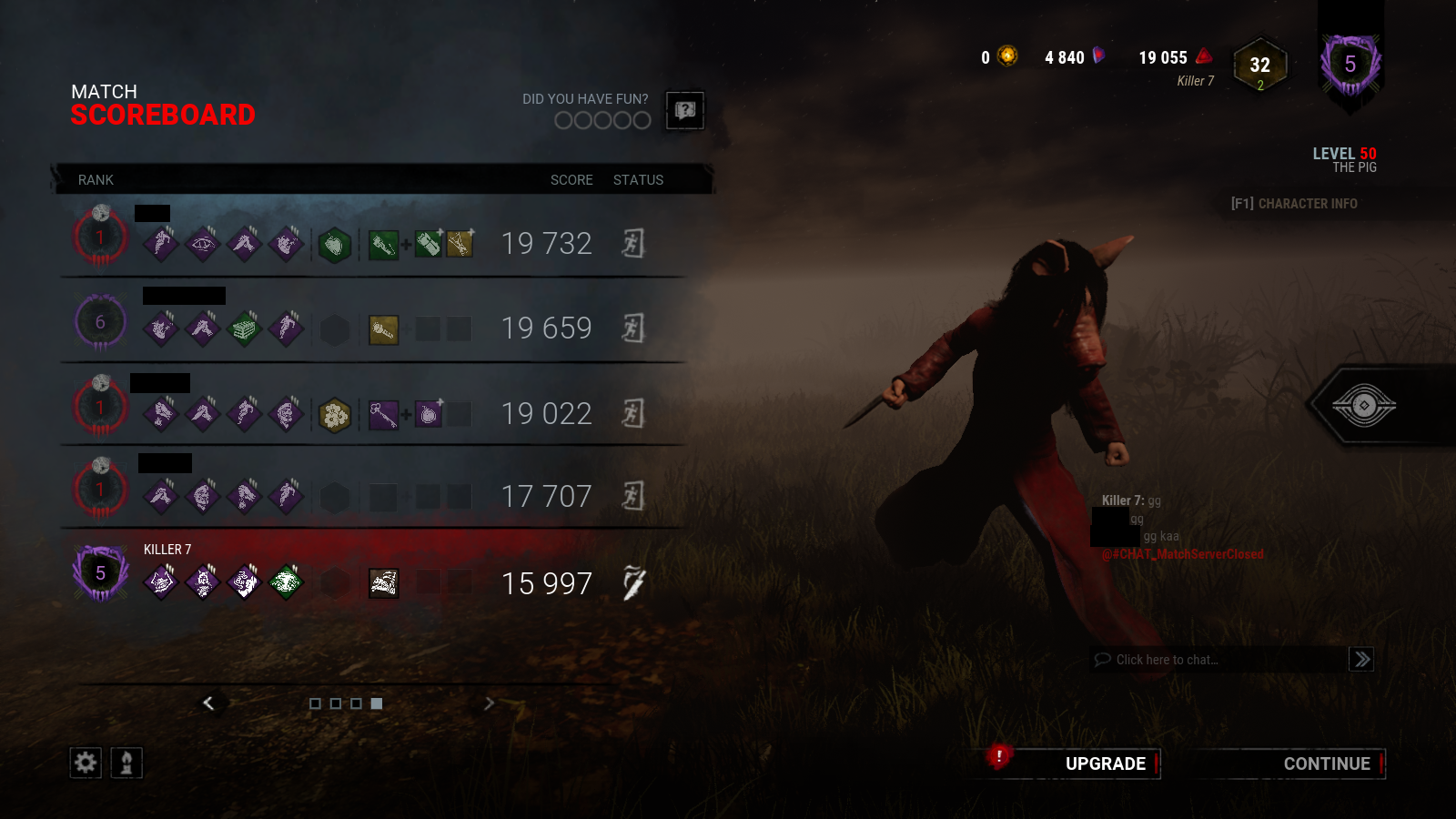 Another SWF with meta perks. The only difference is these guys spam flashlights