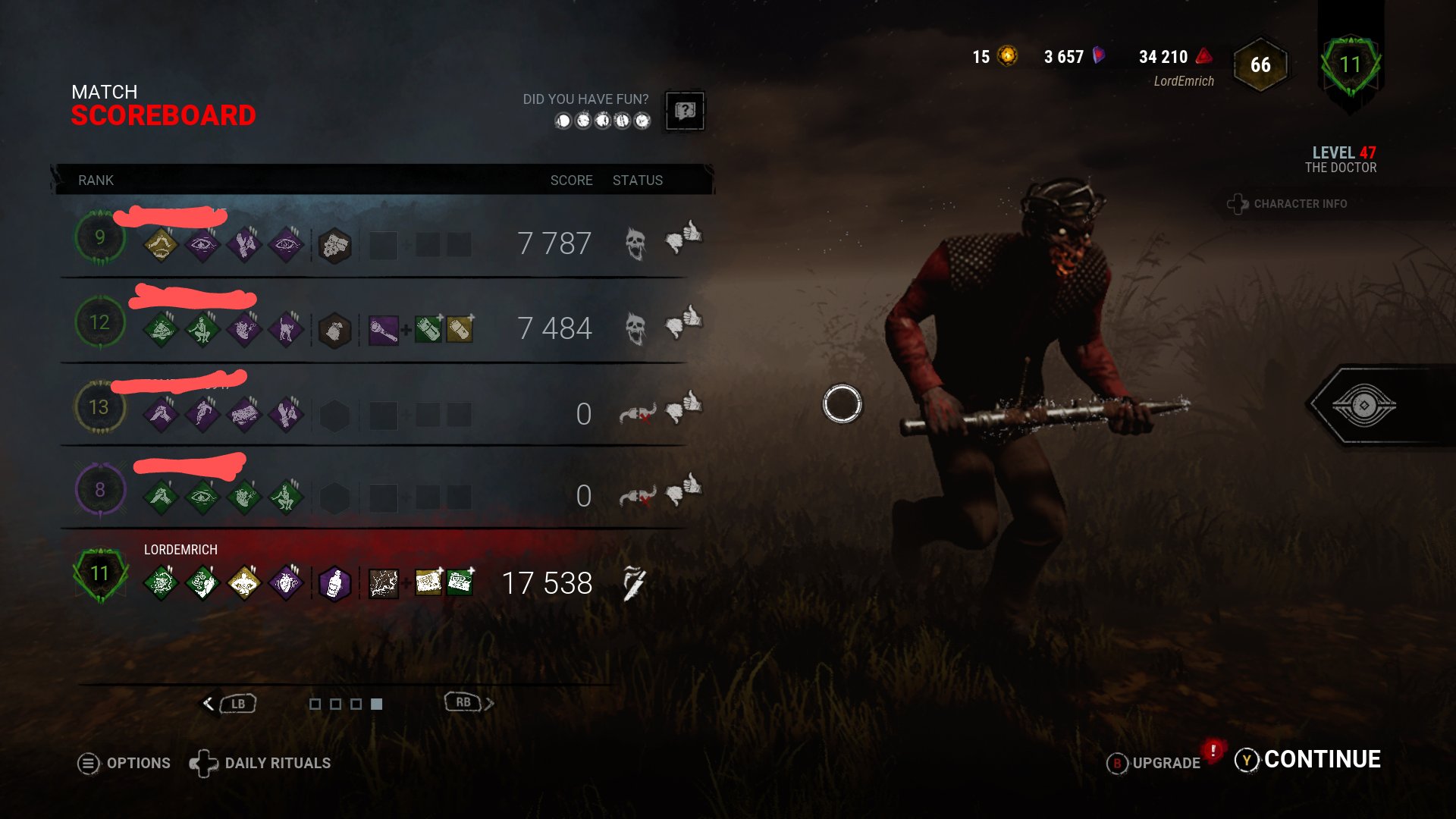 2 d/cs in like the first 2 minutes. First person I start a chase with and before I even hit them once they d/c. 2nd person slowly gets into a locker in my LOS as I'm about to do my Static Blast so I grab them out of the locker and instant d/c. Completely screwed their team. The two that stayed got one gen done and that was all she wrote.

If I was a friendly Killer I would've let them do all the gens but I'm not so 🤷🏾‍♂️. The moral is don't screw your team over just cause you get a Killer you don't wanna play against.