Why do survivors have to be like this sometimes 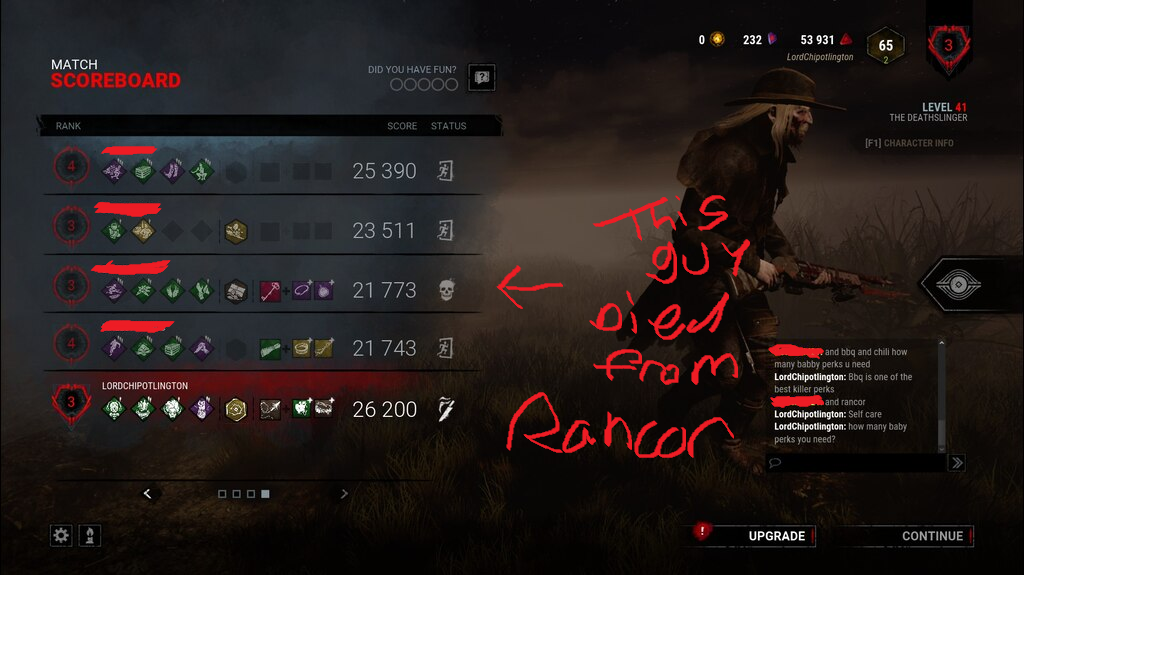 Okay, so what happend is that this guy was hooked twice and the others a few times. So once all the gens were done after my 3 gen, this guy gets downed and mori'd from Rancor because I've never used Deathslingers mori. After the game he was telling me I may as well have brought a mori and complained about getting one shot by rancor, saying that at least a mori doesn't one shot him. Then he went on to calling me a baby killer and well, you can see the rest :^)