Home› Dead by Daylight Forums› Feedback› Feedback and Suggestions
Reminder for Forum Users, please do not share codes here. This is something that is expressly against the rules of this forum.

Stop punishing killers for being efficient. (and fix matchmaking)

The pictures provided below are from a game on the new map, I was playing as Trapper. And I managed to keep them all busy enough, and placed my traps well enough, so that my chases were short. And my traps were trapping survivors for me (even during chases with separate survivors.) By the time it was over. I had killed all 4 of them. AND stopped them from doing a single gen. I was going around damaging them at any point I could, after all. So, good chases, mixed with good trap placements, mixed with good gen pressure. You would think that would mean you would get two pips, or even ONE pip. But no! I This wasn't good enough. Killing all 4 survivors and keeping them from doing the objective, in an efficient manner, wasn't good enough.

This wouldn't even be a big issue if it weren't for Survivors being rewarded, even if they lose! A survivor can still get pips even if they didn't manage to escape. Which is absurd, especially considering how much more "lax" it is to play Survivor already. They have tons of free time to dick around, killers have to be performing at max efficiency at all times.

I get that if you want to get your rank up as a killer, you have to 'play with them', perse. Mess with them and ######### around a while. But that's the thing. KILLERS DON'T HAVE TIME TO MESS AROUND. We do not have the time to get our emblems the way the game wants us too, because if we dick around and 'play with our food' so to speak, that's just giving the survivors time to escape. It's absolutely unreasonable.

And for god's sake, fix the matchmaking so red rank survivors aren't getting put with low ranks. 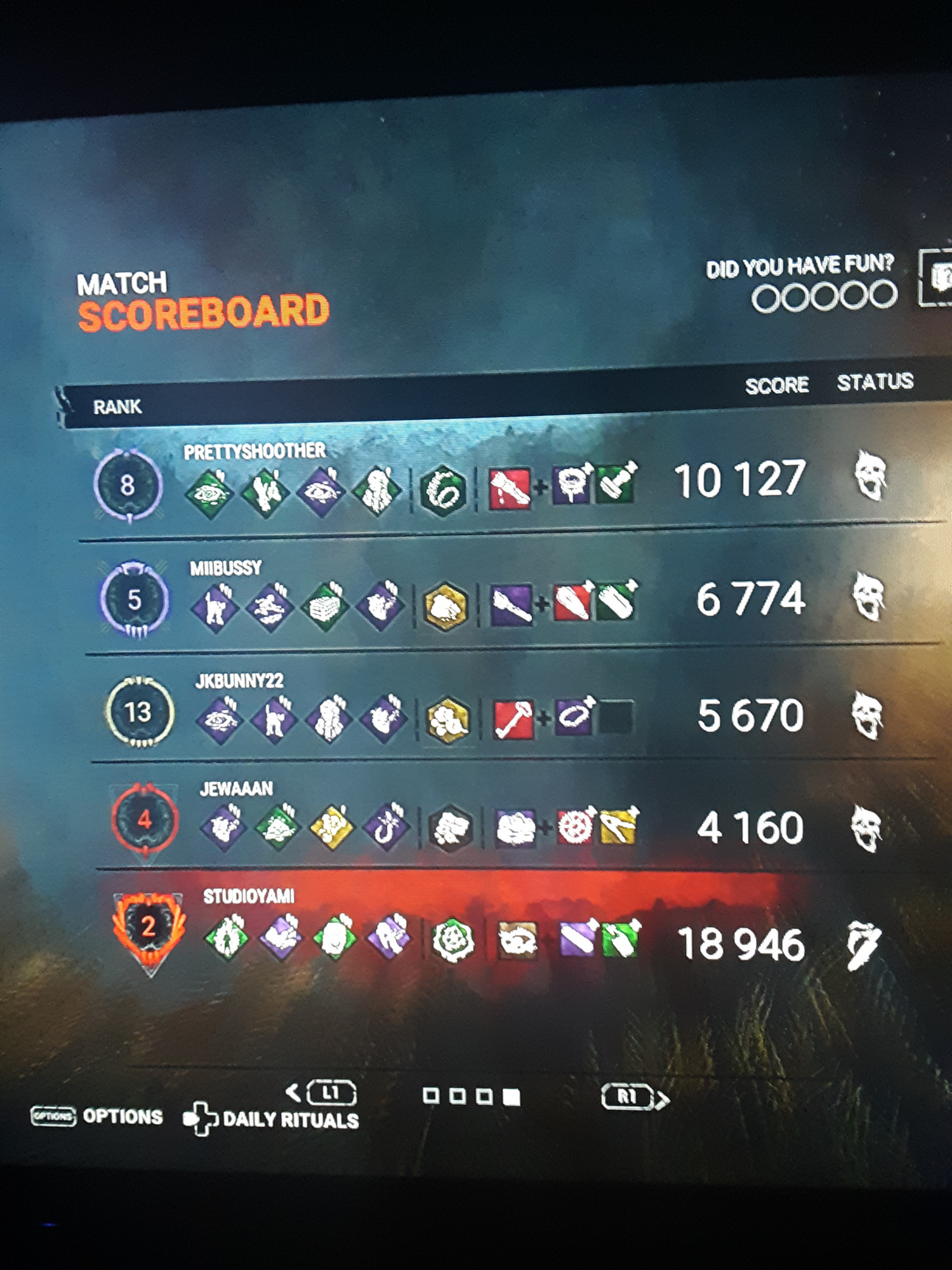 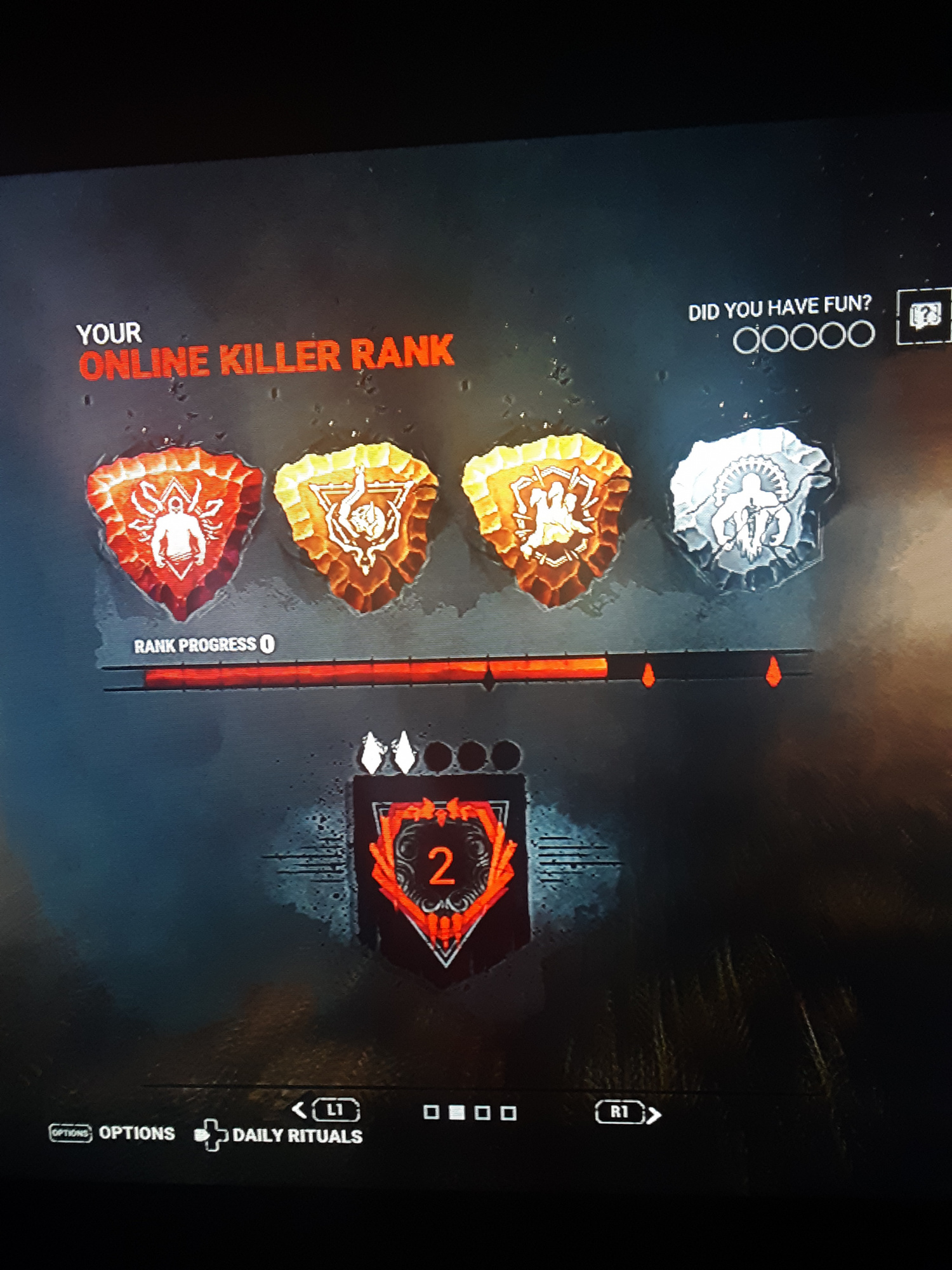