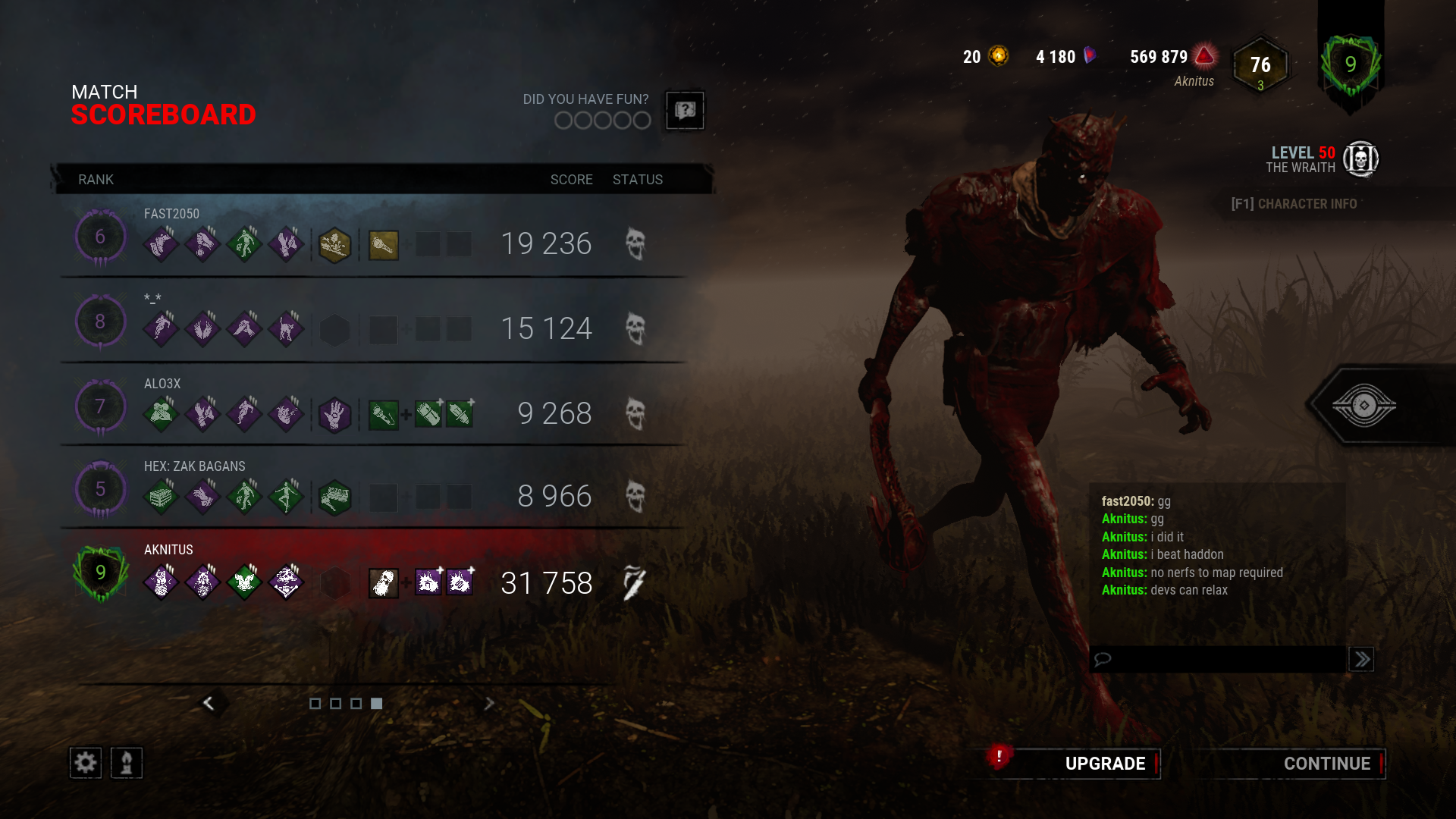 ^Do read my comments in chatbox :P

If only killers would strive to be better and keep trying to become better. Yes, there are days when even with the strongest of addons, I may still fail. But that does not mean I go cry to devs in this forum and tell that killers are UnderPowered (UP) and that they need balancing. I will keep trying and I will not stop until I succeed and go top rank.

P.S. By the way, wraith addons are sick OP. The all-seeing, wailing bell, windstorm can crush even the best of survivors.

Also, I had fun with the below "Haunted Grounds Collapse". This game is fun when it is challenging, not when things become silly easy for killers. 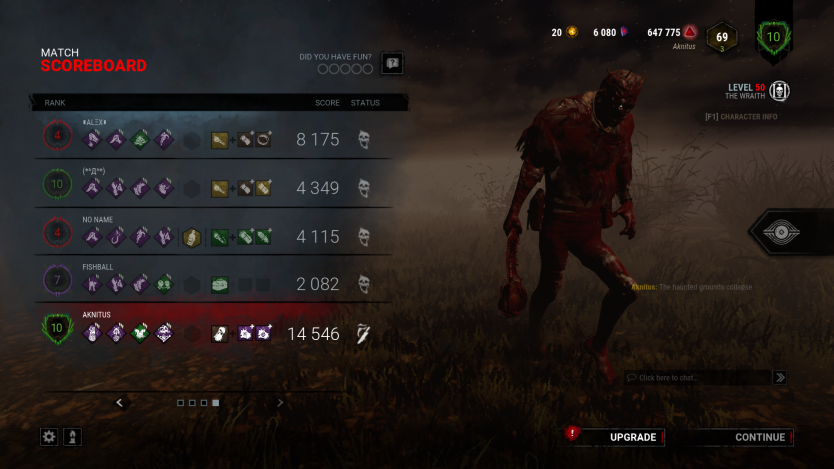