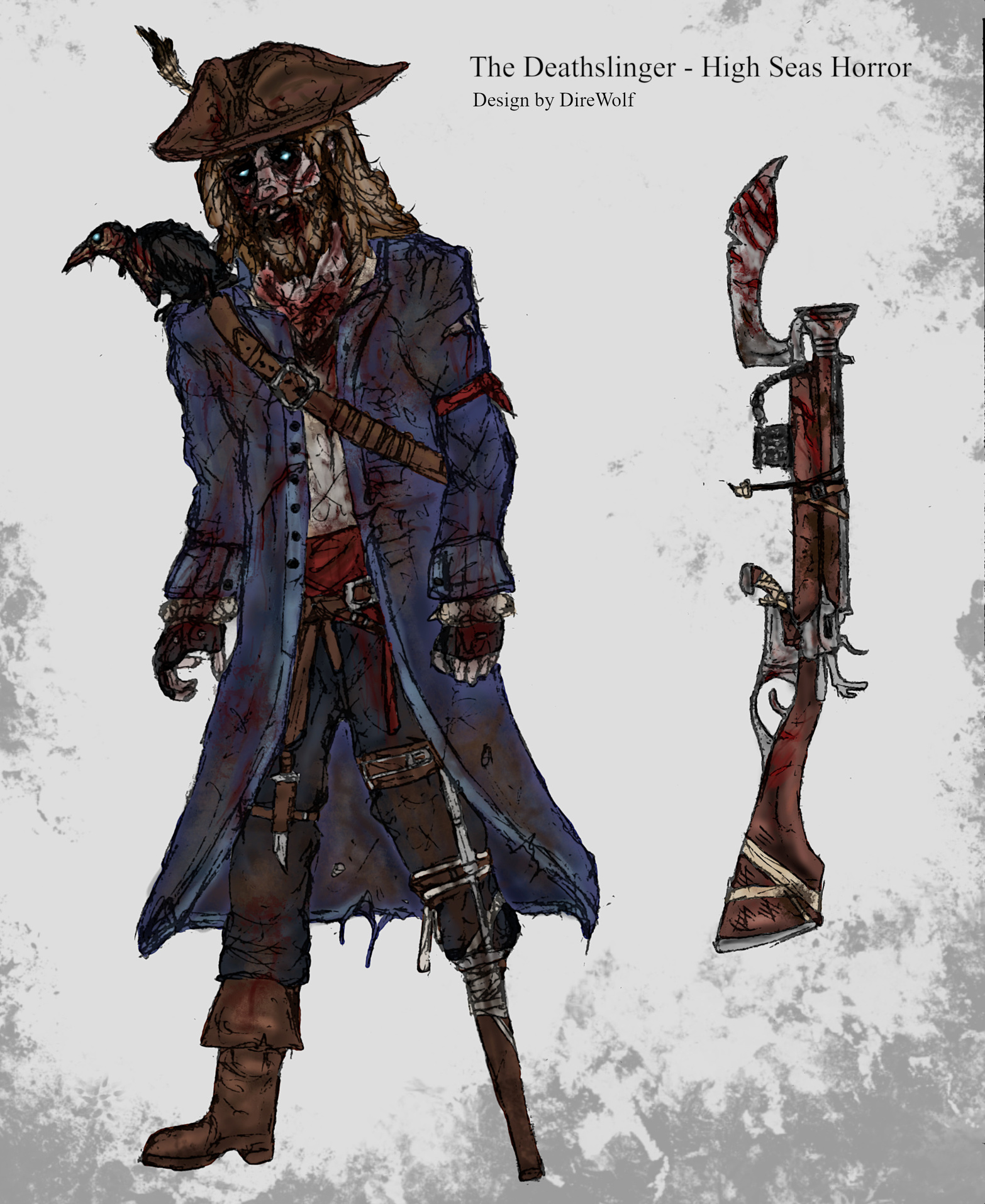 "Even in another reality, Caleb's life was plagued by violence, betrayal and vengeance. His ingenuity abandoned in favour of gold... and blood."

"A worn old hat that covers mangy hair and the bloodstained face of a brutal captain."

"A once fine coat, ruined from a life of crime and vengeance. The withered crow upon his shoulder was the only one to remain loyal - even in death."

"A modified blunderbuss able to shoot harpoons - effective for fishing... or keeping your crew in line."

I thought it'd be cool to do a skin for Deathslinger that's very different to his current outfits, but still fits his character. It doesn't really make any lore sense, so I guess its from an alternate reality.

The crow might not work, but I figure it could have minimal animations (just an idle one sitting on his shoulder), and not make any noise (it'd be annoying in-game trying to concentrate with this thing cawing on your shoulder). The peg-leg might be ambitious too, but I figured since he limps it'd be a fun idea.