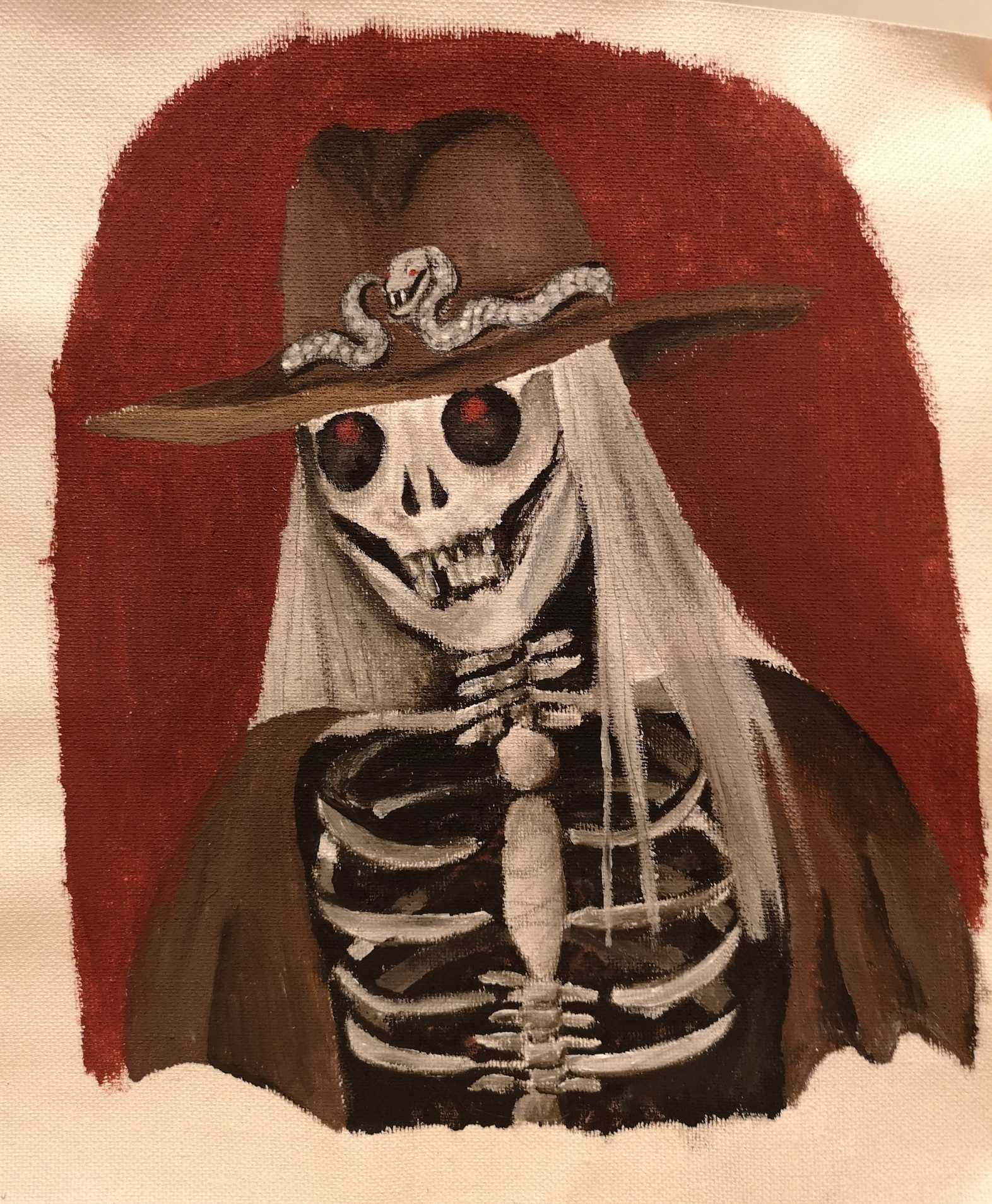 Whilst it was once his hunting ground the savage and arid desert landscape eventually claimed Caleb and withered him to the bone. Impressed with Caleb's affinity for sacrificing whilst alive the entity leased him new life after his untimely death. Death is not an escape, even for Caleb.

Whilst I've kept Caleb very smart for the painting it could also be quite possible to have both his look and spear-gun roughened up as if straight from the grave.

I don't have a fancy drawing tablet but painting is the next best thing :)

Would love to hear all reactions :)