What's your most "Evil" build?

Let's get rather devious for a second >:3

I'm not talking about the most meta or the most toxic build you have in your arsenal right now, but the most "Evil". The build that will strike fear into the hearts of Survivors and Killers who face it when played right. A build that will force those who defy it to cower in fear and hope to the Entity that they will survive.

A build, that when played right, will give whoever wields it incredible power in return.

I'll start with a killer I have been getting really comfortable with playing, The Hag. 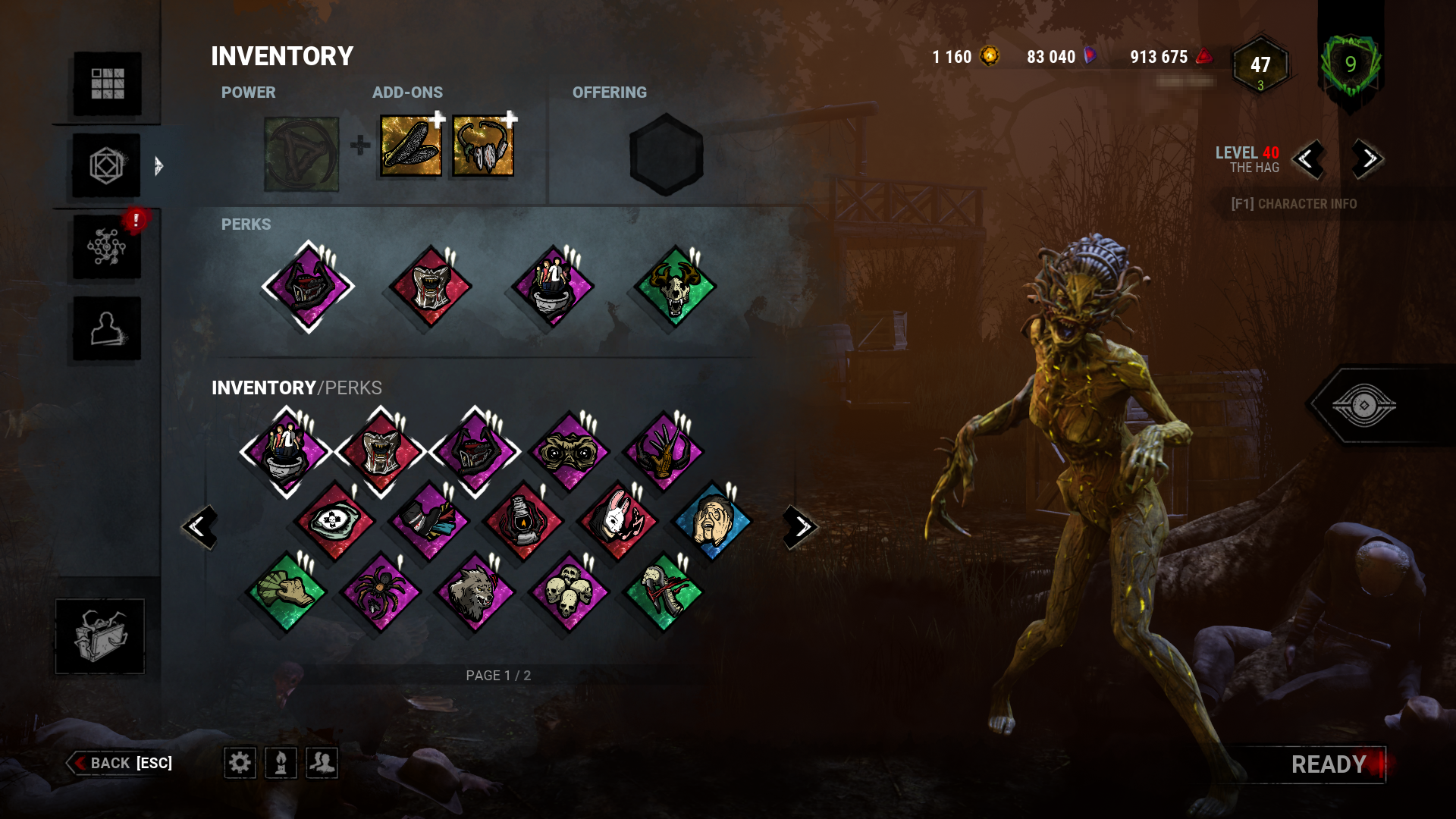 Let's start with the obvious.

Despite it being nerfed, I honestly think Hag has been able to capitalize on it more than Old Ruin. Her map pressure sometimes forces survivors to tip-toe the whole map and make them afraid to go back to regressing generators. I've been using it to basically block certain generators from being worked on or force them to regress faster by making an artificial shield around it with my traps.

Even if they crouchwalk their way to it, I'll be able to patrol back and force them away while possibly getting some hits from the traps I near the generators.

The last game I played, I managed to win with 3 generators remaining and the game lasted around 10 minutes long. It was honestly one of the most fun games I've played in recent weeks.

Self-Explanatory, and I think if anyone is going to really do well with DH, it's The Hag. I always wondered why some Hag mains use DH a lot when she is slow and now I know why.

Because she can literally get stacks and get milage and benefits out of it immediately with her traps triggering on Survivor hooks. And I'm really surprised how often survivors unhook others and trigger my traps. Like that happens way too often. So I've been getting some use from Devour Hope, which has led to some hilariously fun endgame moments. 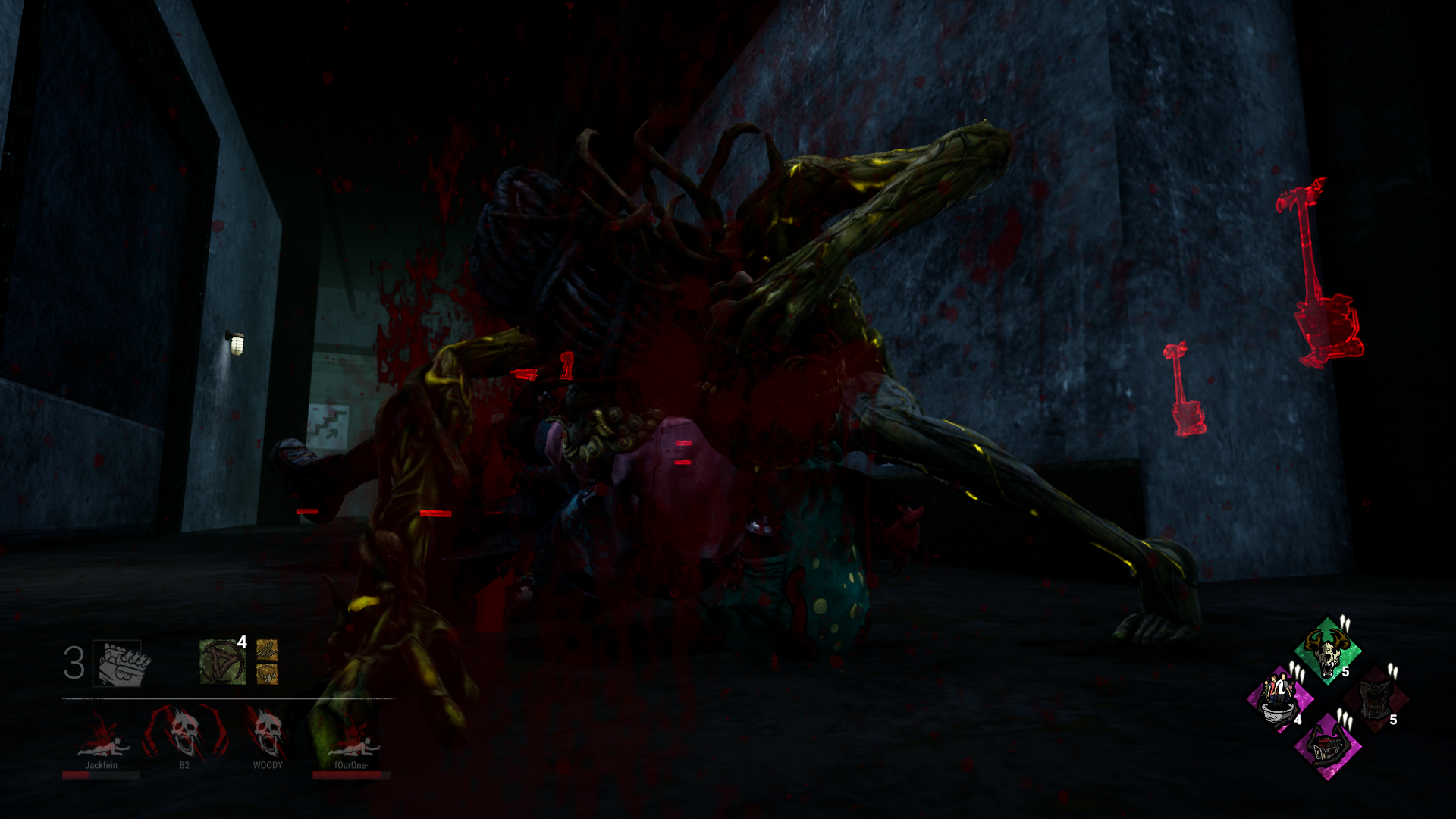 Not necessarily evil, but is great for bloodpoints (of course) and to consider trapping certain entrance spots near you if you don't see any auras when a survivor is hooked.

THRILL OF THE HUNT

Now I get what you're saying.

This is mainly for when people bring flashlights and crouch-walk their way to destroy my Hex totems. Sometimes I see survivors panic when they see TOTH is in effect and trigger the trap I placed near the totem anyways. That's always a laugh when it happens. And it's even more hilarious when Devour Hope has 3 stacks. So it's a jumpscare, and down.

I think this build is evil because it forces the survivors to be paranoid at all times if you are effective with your trap placements. As well as afraid generators they are working at is regressing quickly at 200% speed than normal which makes them want to go back and go work on that generator again before it fully regresses.

Not to mention, the added stress of finding Devour Hope when there are 3 different Hex Totems around the map that you need to find. You have a 33% chance of finding it on the first try and even then The Hag will still be notified of your location which could cause you to panic and run into her traps.

I wouldn't say this build is meta though, it's good, it's evil, but it's not something I think most Hag players would run if they want to just win. I haven't played her enough to understand what is the absolute best perks on her yet, so maybe I'm wrong.

Can't wait to hear what your most "Evil" builds are.