Normally with indoor maps, you typically look for generators by finding the lights that correspond to rooms where the lights are flickering. This is how you find the unfinished gens if they are easily visible (like most gens in outdoor maps with tall poles that have flickering lights). In some of the rooms on the new map, the lights work as intended, but for at least a few, I've noticed they're stuck "on" which leads to survivors having a hard time finding the generators in such a tight, indoor map.

I've posted a few pictures of rooms so far that I've found with this bug: 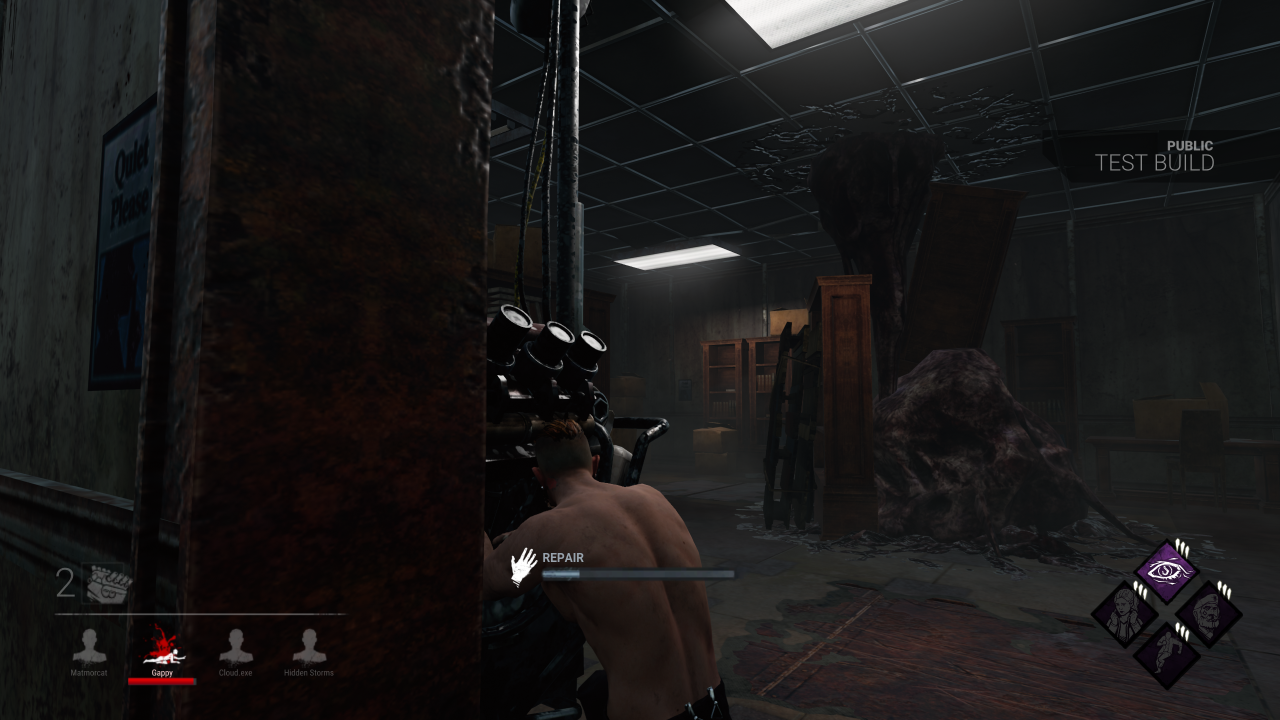 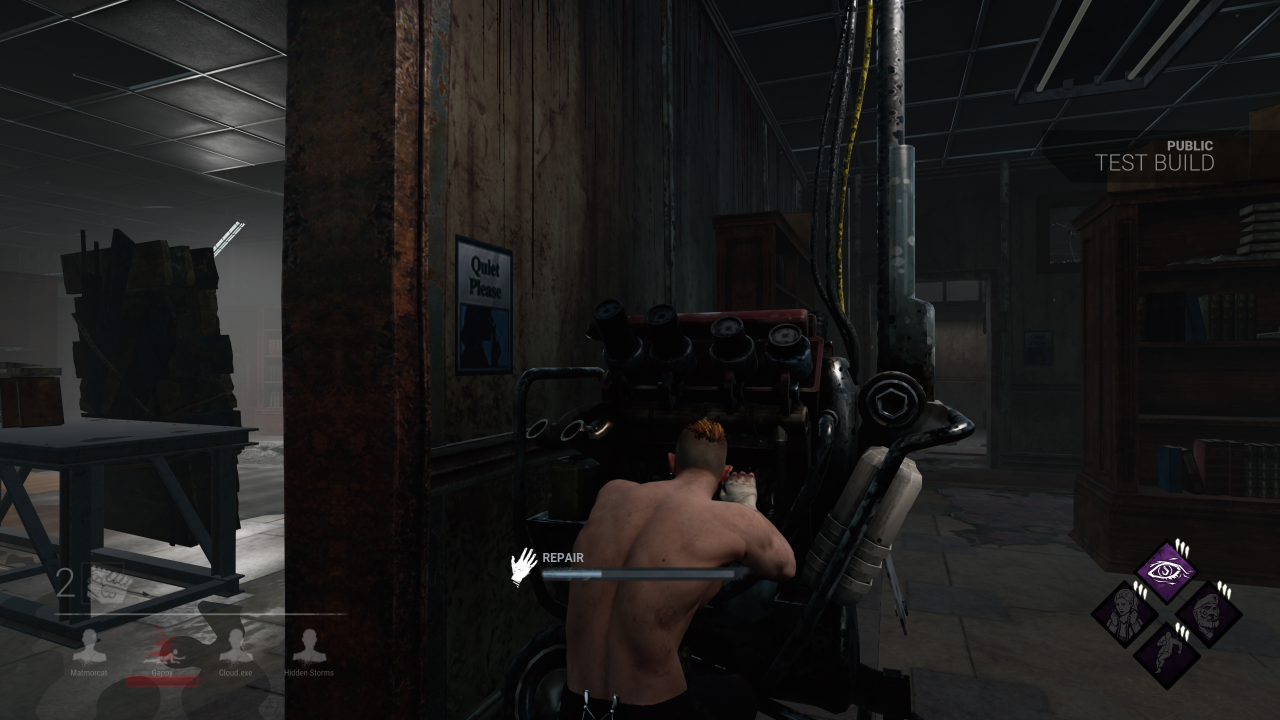 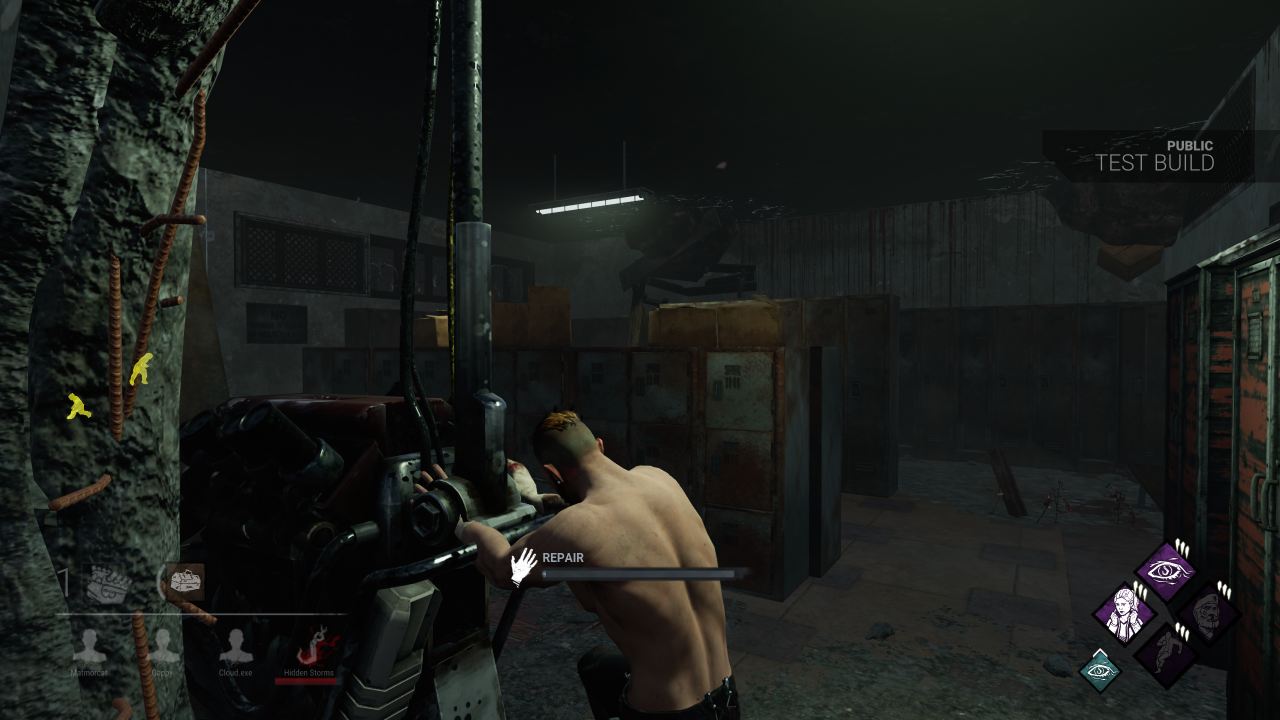