"She rushed off and slid on the blood-smeared floor. Using the door frame as support, she raised herself up. The Katana ripped through the wall, cleaving her other arm. She screamed in pain as she limped into the hallway, only to be met by her father's blade." - DBD Spirit's Lore 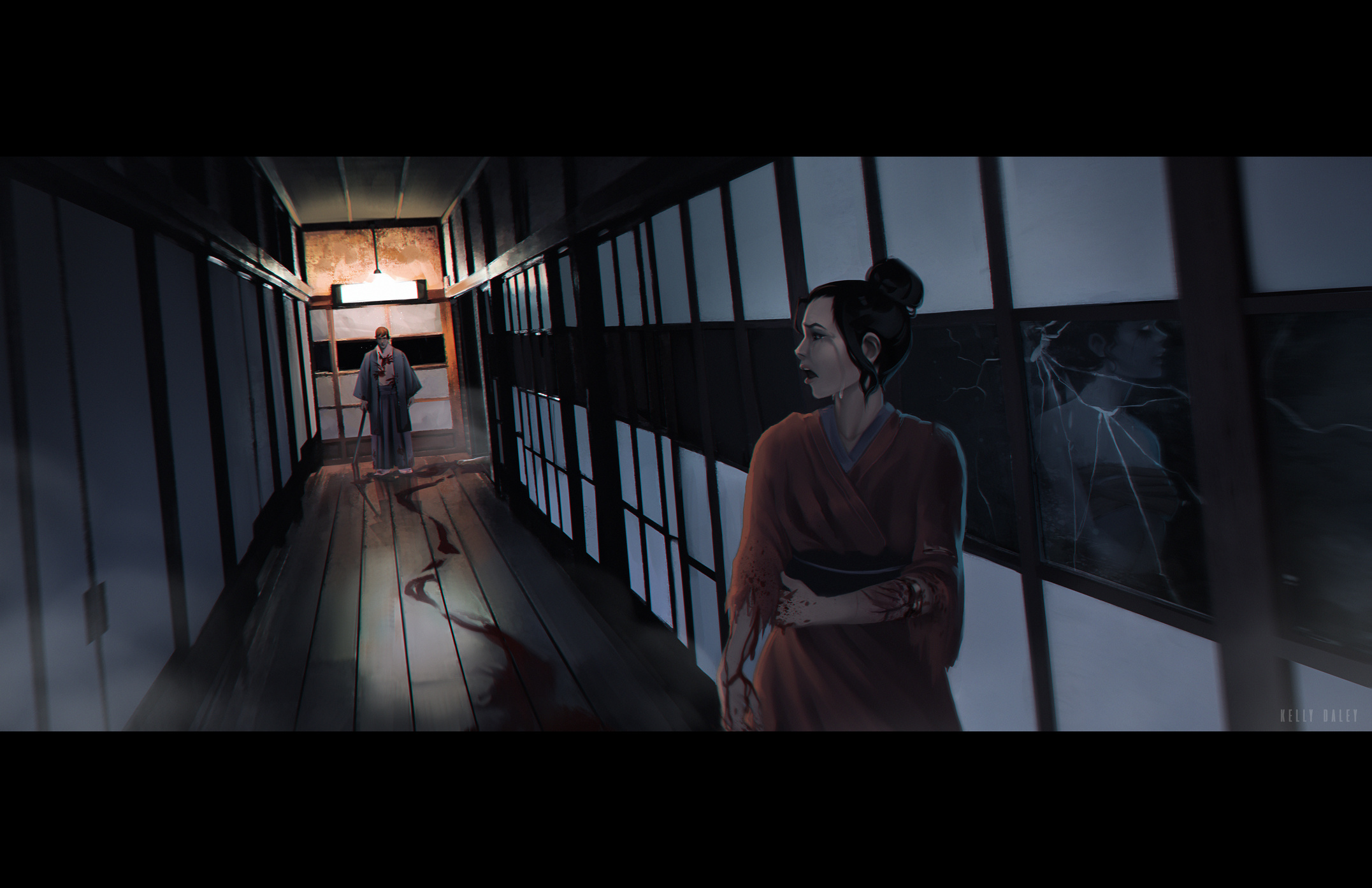 This piece is of Rin Yamaoka as a human before her transition to the spirit. The story of the piece is taken directly from the Spirit's lore! Her father had just slaughtered her mother (as seen through the severed hand sticking out of the room to the back right) and is now in pursuit of Rin. Rin pours blood down the hallway as she limps away, crying out to her father. Rin's life is coming to an end, and the Spirit's is about to begin. Her future self is depicted as Rin's reflection in the window. I envisioned the hallway scene to be one where the viewer is hanging off of their seat in anticipation of what will become of Rin Yamaoka; watching the hunter stalk it's prey. I listened to a lot of Avith Ortega's trip hop music while rendering to help maintain the feeling!

Rin's father is the main subject of the piece. I emphasized his importance by placing him in a complimentary colored box that sits higher than Rin on the composition. The most variation of values can be seen in this section as well. Rin is the second most important in the composition with a less saturated version of the colors that were used for Mr. Yamaoka. The hallway scene was a perfect way to realize the feeling of being alone and confined, with no where to escape but forward or backwards. I emphasized this by narrowing the hallway and not adding any objects or ornaments to obstruct the space between Mr. Yamaoka and Rin. There are lots of little elements and principles of art that I sprinkled throughout the piece, I could go on forever talking about it - but I won't LOL.

I really hope you enjoy my work. If you'd like to see more work like this, I have an instagram at kellydaleyart (<-click). Good luck to all, thanks for reading, and have a wonderful day/night! 😘