After over three years and 2.3k+ hours, I have never felt more 'meh' about loading up and playing DbD. The amount of bugs that are introduced or never fixed, the player voices that go unheard or unaddressed about severe balance or gameplay issues, the list goes on...

I know it's a different set of developers, but the below screenshot just about sums it up for me. Rather than doing something about the boring and hostage-esque face-camping of the game (which exists on all platforms), the mobile devs take the time to make this loading screen 'tip' - which gives credence to the gameplay style and basically says to let your teammate die. Don't be altruistic, don't give that player another chance in the trial... let the killer set up a tent and get a free kill. Such a boring situation with little or no counterplay, when Borrowed Time doesn't trigger on half your killers now or Bubba/ranged/small heartbeat killers.

Please make your game a more enjoyable and fair experience for all players. 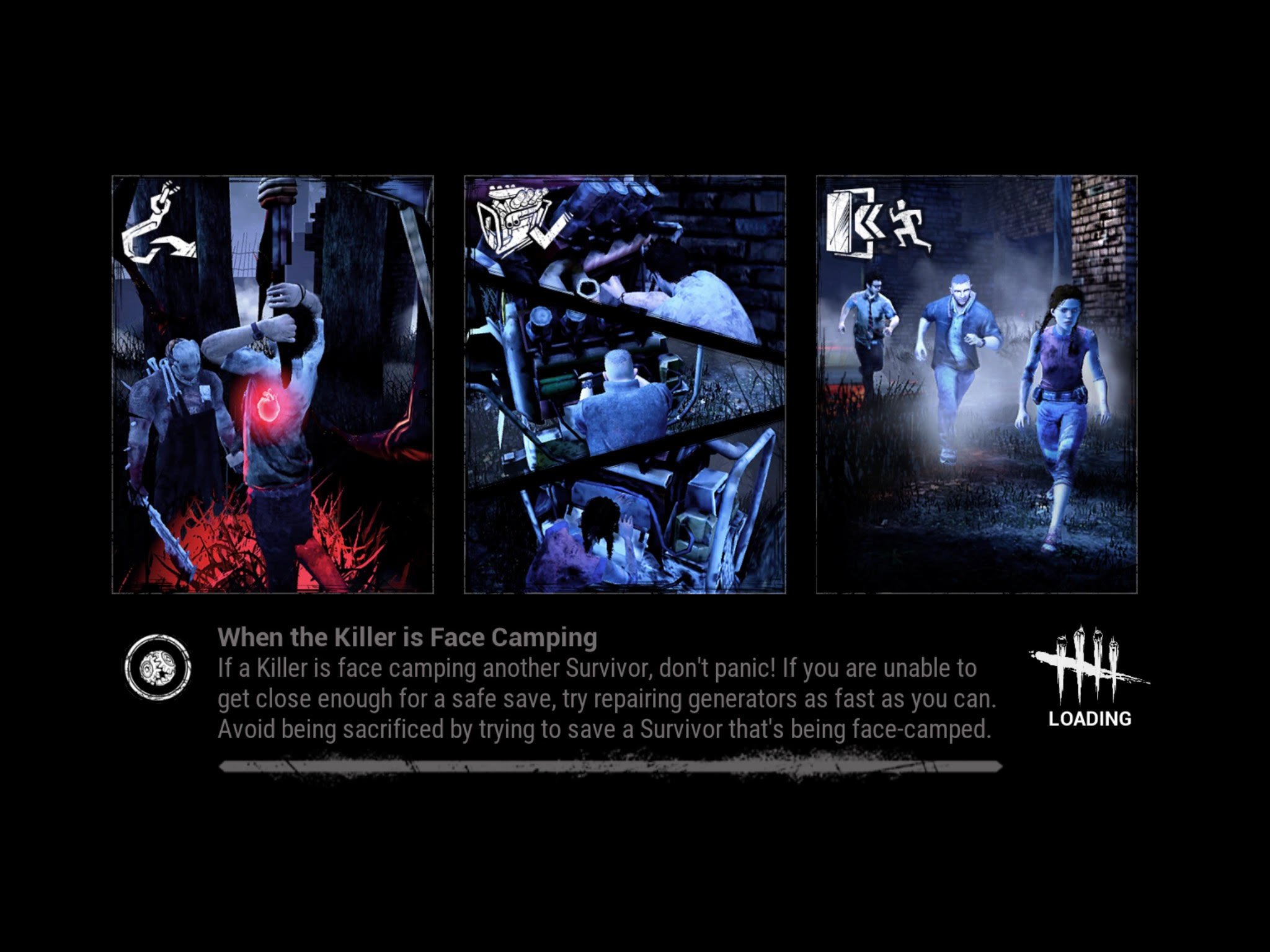