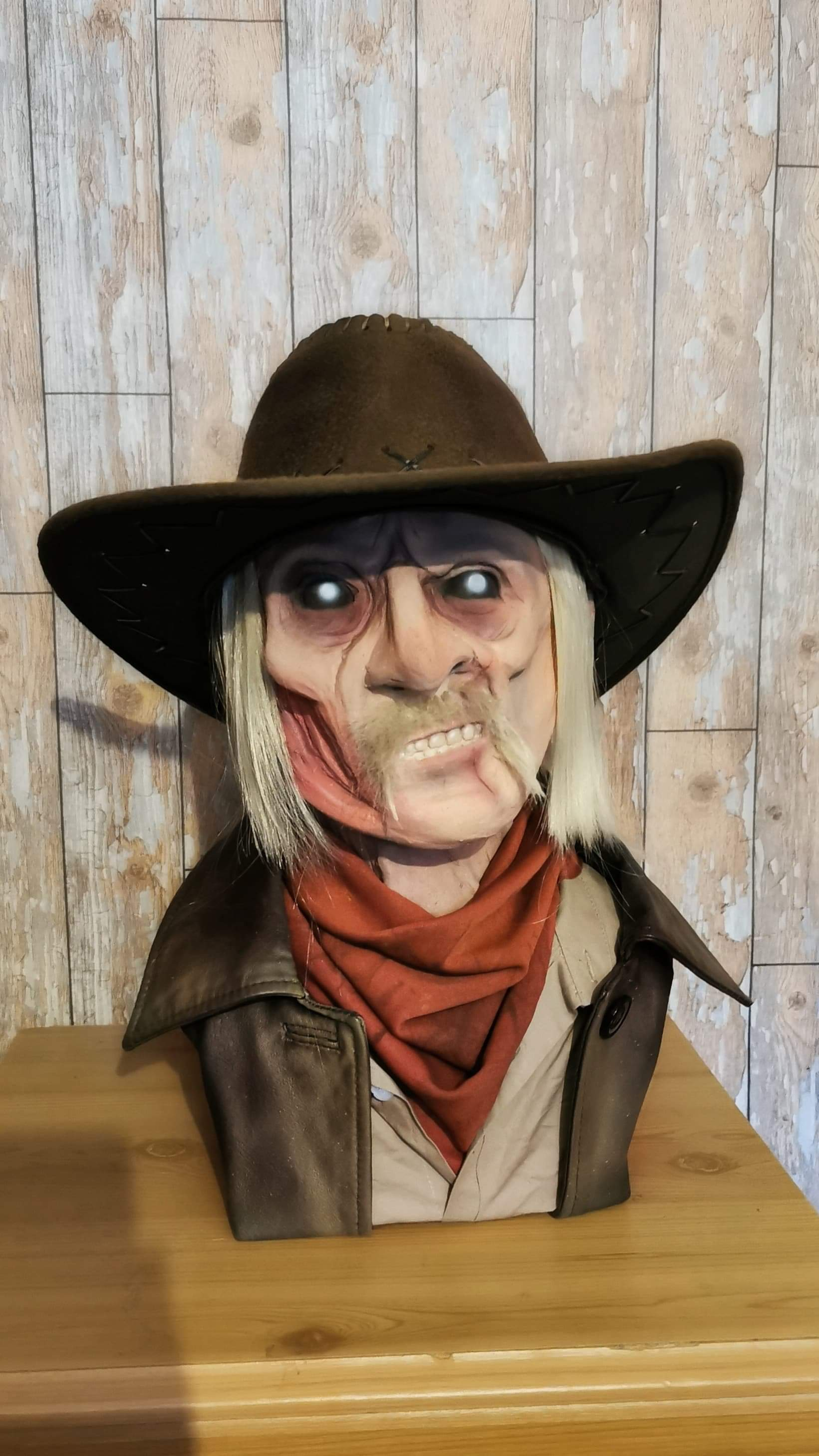 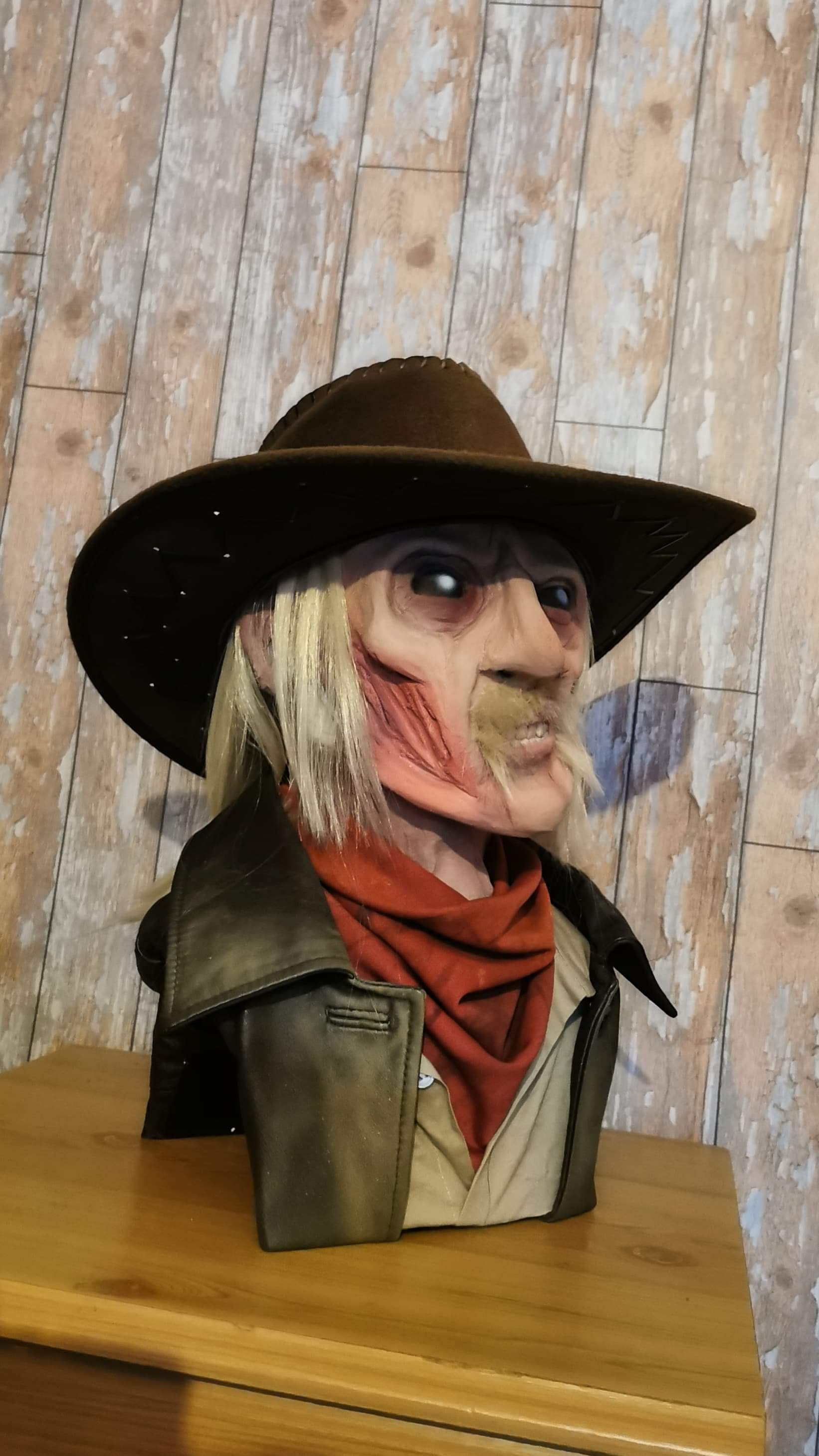 I had originally planned to create the chapter 16 killer when it was announced but after finding out it was licensed, I wanted to make something a little more close to Dead by Daylight so decided to start on the previous killer, The Deathslinger.

Made from scratch, I first sculpted the mold from clay, added the seam line, created both the front and back negatives to start latexing. After adding about 50-60 layers of latex, pulled out the bust head, melted down some plastic, to create the shoulders and chest, stuck them together, cut up and attached the clothes. (I know the shirt is more brown in game but with current circumstances, some fabrics were hard to aquire).

I have never made something like this in the time the competition started to now so this was a real test for me to get it done in the time given.

I hope I've done the Deathslinger fans proud. I'll see you all at the Dead Dawg Saloon.