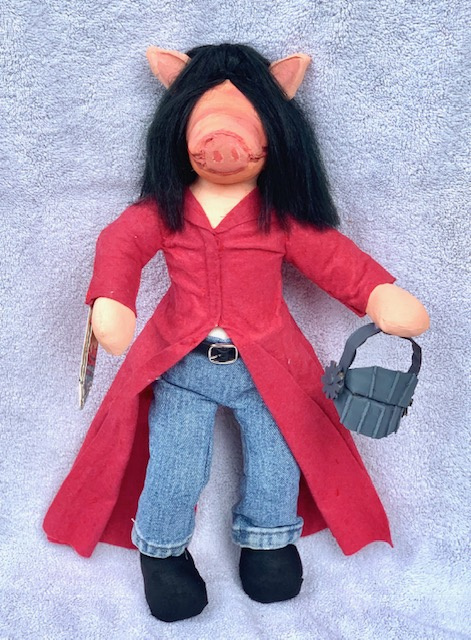 I decided to make The Pig because she is one of my favorite killers in Dead by Daylight!

Knife: made out of cardboard and covered in foil

Reverse bear trap: made out of cardboard, some toothpicks, hot glue, and is painted grey

Doll: body made out of muslin fabric and filled with stuffing

I used paint for her head/neck, ears, hands, and feet

Her hair is from a barbie doll

Both sides were sewn together and filled with stuffing

Once body was done, a pig snout was sewn onto the head/face

I then used an old pair of jeans to make jeans for her. They were cut and sewn onto the legs.

Once the clothes were on, I used a mixture of red, white, and yellow paint to create the color for her head, neck, ears, and hands

However, the snout seemed much too small so I redid the face and it turned out much better

I also used a luggage tag to create her belt

For the bear trap, I cut out the shapes using cardboard and glued it together using a hot glue gun. I also used toothpicks for the front and the whole thing was painted grey

This was quite a lengthy process but I’m very happy with how she came out!

More pictures and progress photos below: 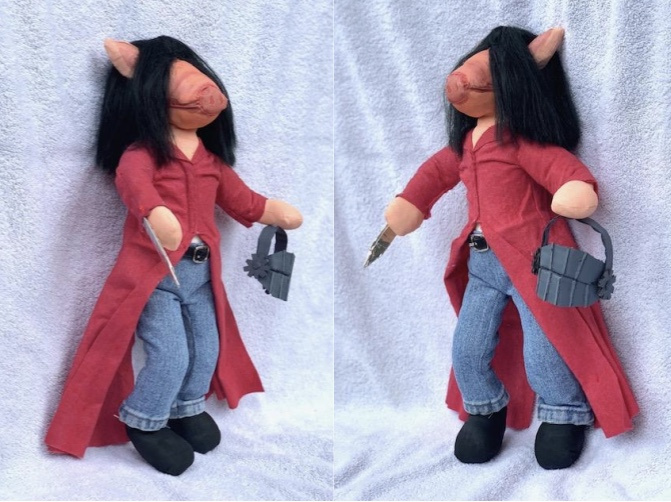