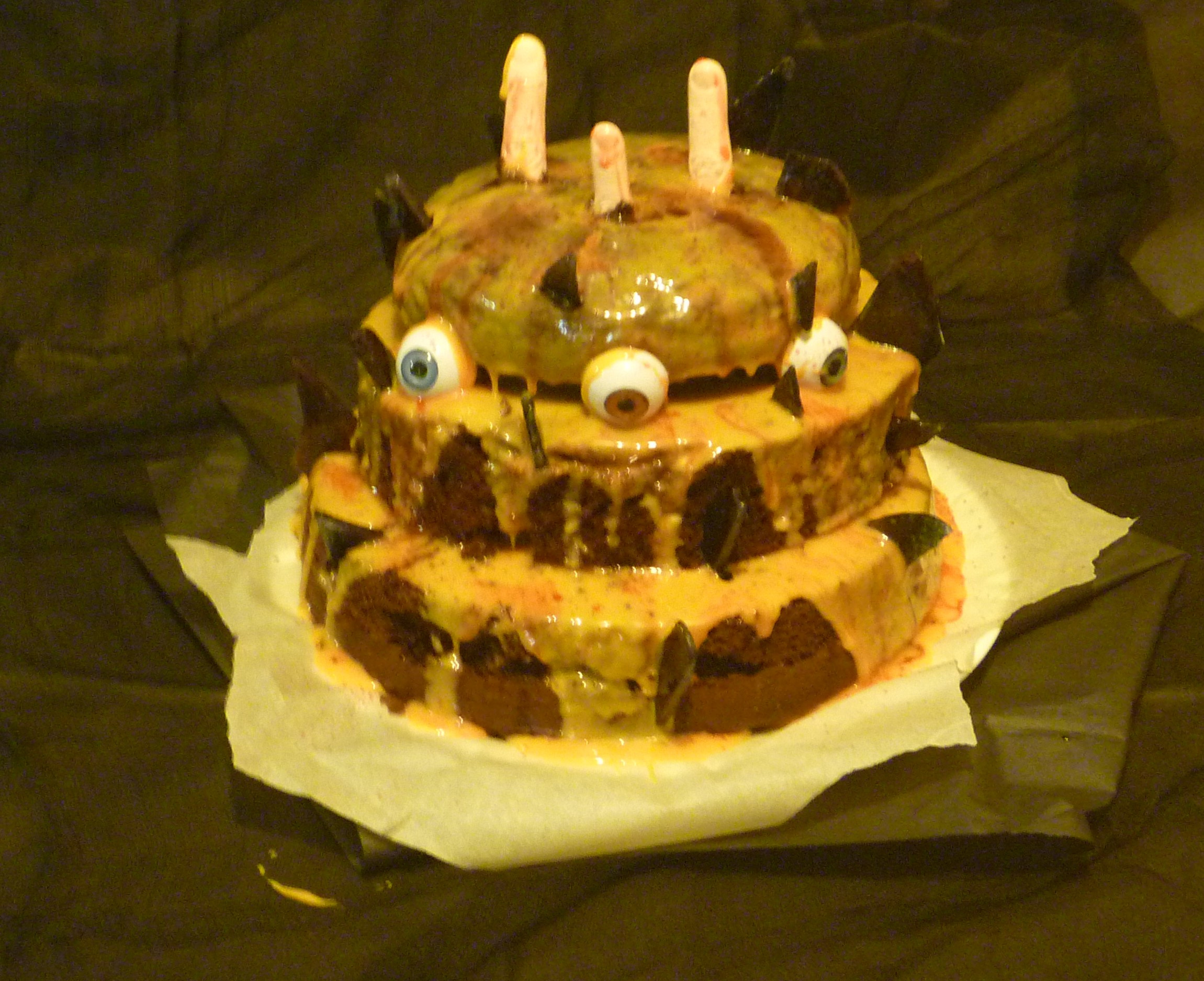 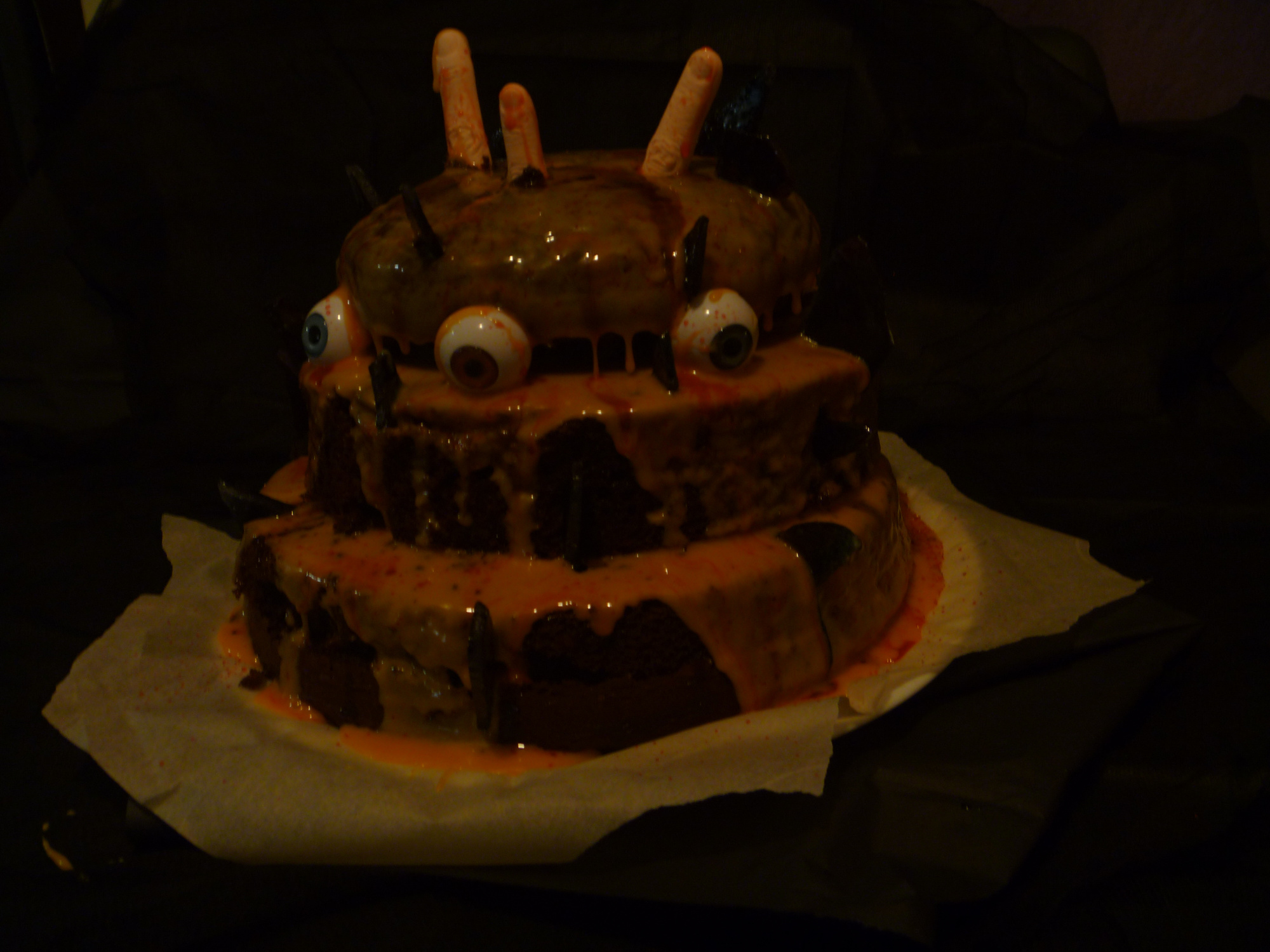 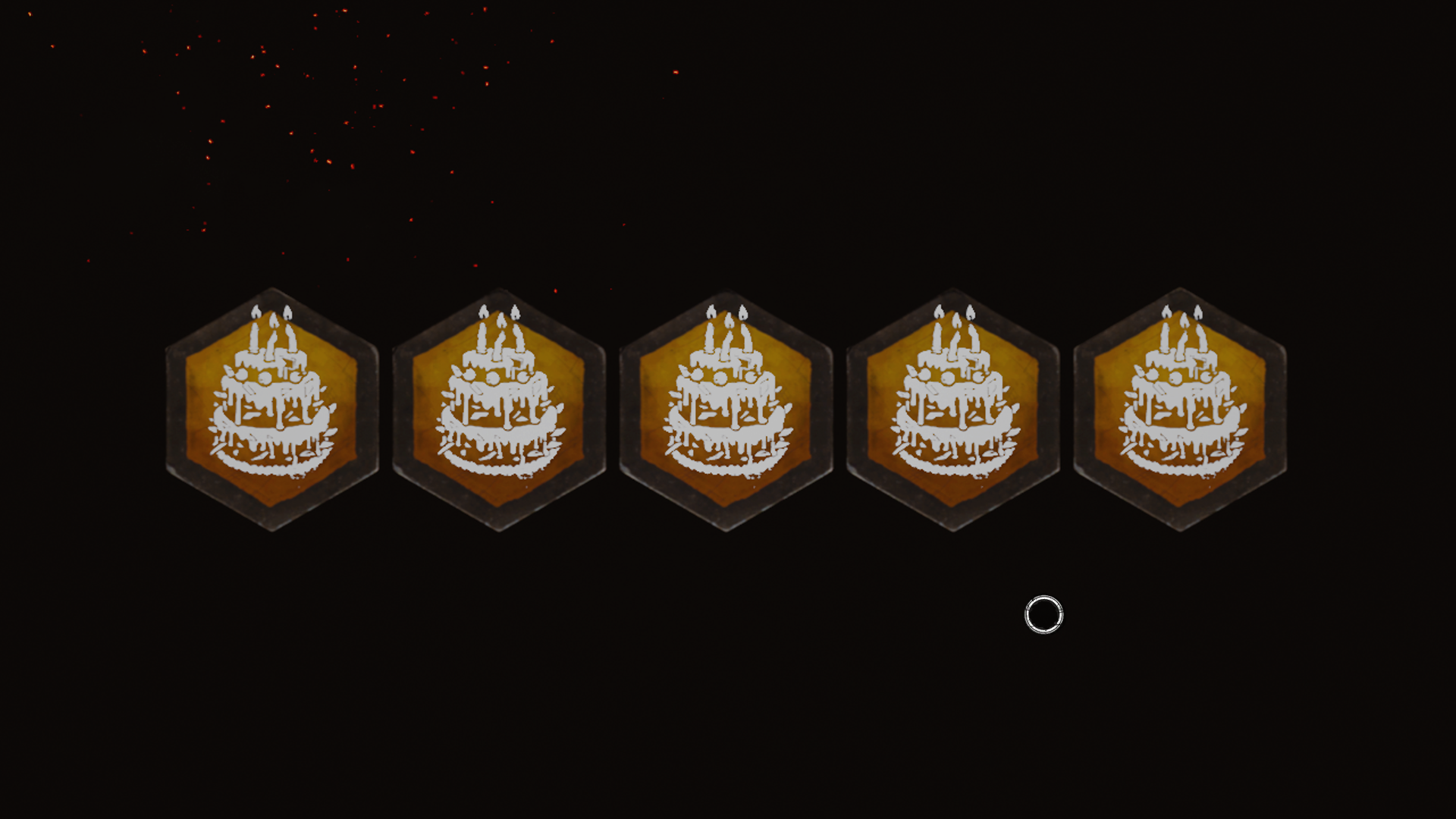 "It took some time to gather what could be called ingredients, let alone figure what could be substituted. The farms gave what one could be called grain, and the syrup from the pulsating flowers was strangely sweet, so that will have to do for the sugar and frosting. And if you thought the horse was horrifying, you don't want to know what the Entity thinks what cows are. Still, after what I can only guess weeks of gathering, I can attempt my true passion: making the most of what little life provides me."

"I have finished it! At last, some amount of joy can be found in this desolate place. A red velvet double dark chocolate, and the sap really makes a for festive orange. It has taken a lot out of me, hopefully I can find some rest by the fire."

"I don't know how it happened. When I awoke, the task I had spent weeks to make had transformed. It is now a mockery of my intent. The Entity just won't let me have this. I suppose I'll just throw it in the fire."

So I made this last Halloween for fun, but I figure why not post it? (yes I know it was based from last years celebration item, but the devotion is still there). It was a blast to make. The cake was a double dark red velvet, with hand whipped cream cheese frosting. The frosting was made with tonic water and orange jello, so yes, the neon look was because I had a blacklight, it did glow a little (hopefully the second picture shows that enough). I wanted it to look as close as possible to the icon, but since there was no colors to go off of, I figured the neon orange was the best choice to go with the flowers that pop up for Halloween. The glass is sugar, I hand painted with food color in order to have it blackened. I thought about smoothing out the sides for a more professional look, but to to honest, I thought the blackened pitted look was far more setting appropriate. This thing was made with real cream, butter, and melted chocolate, so it was more likely to kill you before you even get hooked. The fingers were also sugar candy, and to top it off a good splatter of candy blood. It took us a week to eat this monstrosity, and I'm pretty sure we're still recovering from the sugar shock.