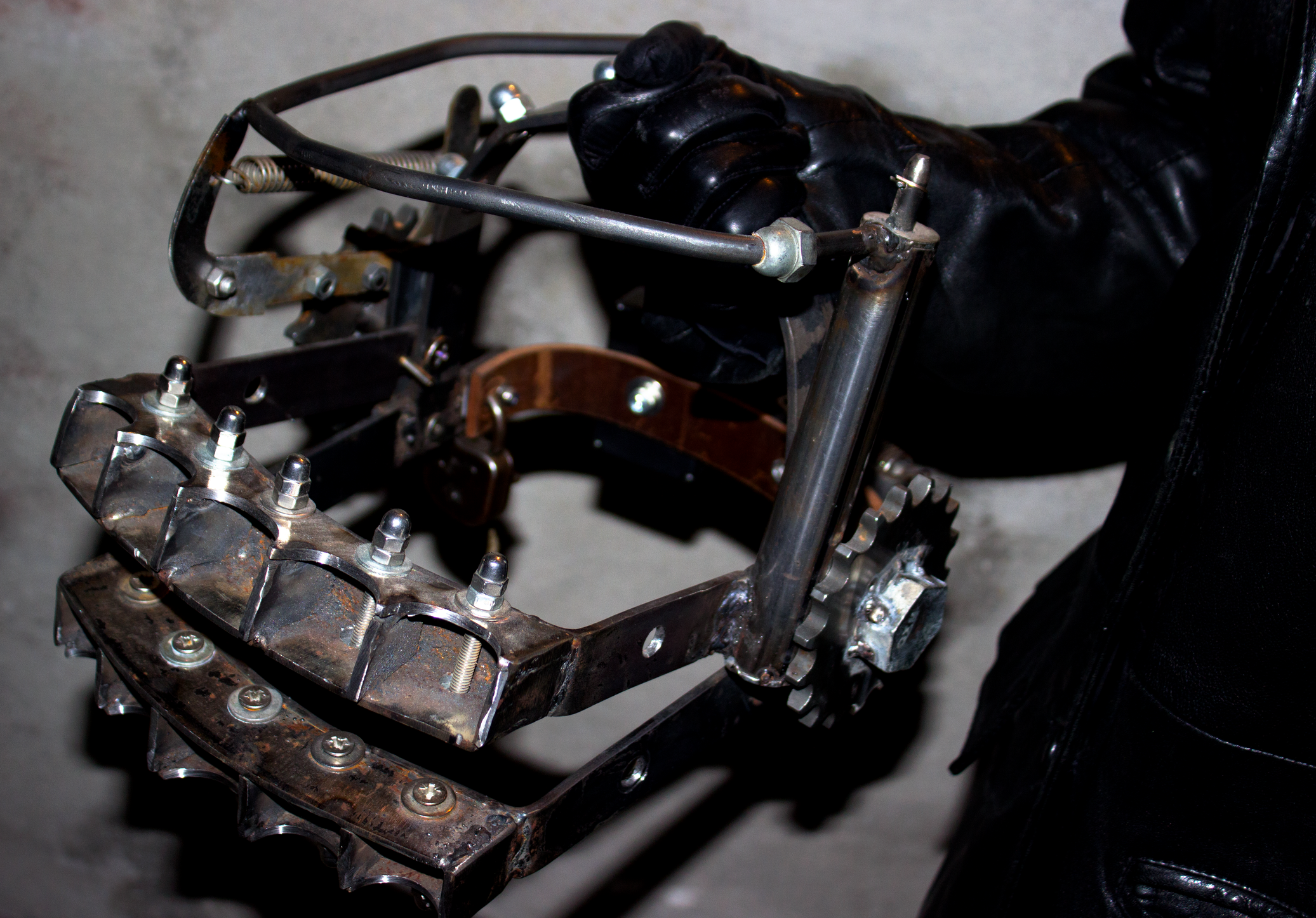 Where do I begin?

Every bolt, every piece of metal and every cap nut was welded, hammered and/or screwed into place, from start to finish, by me and my dad and eventually gifted to my brother. The trap is life-sized (check out my dad wearing it!), made entirely out of steel and weights at least six kg, if not more. It's unbearably heavy and easily explains why the movies' traps are all made from much lighter material. No actor could handle wearing that thing for longer than a couple of minutes!

The trap's „mouth“ can be opened and closed and the cogs can spin. The rust effect was achieved by using acid. The timer/clock does work too! There are a lot of details to the trap that we worked hard to be able to add to our replica.

The traps that Amanda uses in Dead by Daylight look different than the trap in the movies, so the first question I had to answer was if I wanted to base the replica entirely on DbD's design or if I wanted to add some of the elements that the movie's trap has. In the end I settled for a trap that draws inspiration from DbD, the movie and even the franchise's „Final Trap“ official replica design.

On a side note, Dead by Daylight's design makes a lot more sense than the movie's version does. Unlike the movie version, DbD's trap actually tries to suggest that it might work like that in a real life context.

I'm not sure just how many hours went into planning, sketching, calculating and drawing templates because I stopped counting after a while. (What's an hour when you're having fun?)

If anyone needs to see (more) progress pictures or some of my notes (messy) /sketches (really messy) /templates, I'll be glad to upload them.

And yes, I did try to look like Amanda when we took the pictures.