Step 2 : Play as survivor on the Grim Pantry - Backwater Swamp map where a shack basement is present. In this instance the survivor is Feng Min.

Step 3 : In-game, be hooked in the shack basement by the killer. In this instance, the killer is Leatherface.

Step 4 : Notice the hooked survivor floating upstairs in the shack, rather than appearing on a hook in the basement.

Note: No unhook option is visible on the character - it is only available in the basement itself, where the player model is not visible. 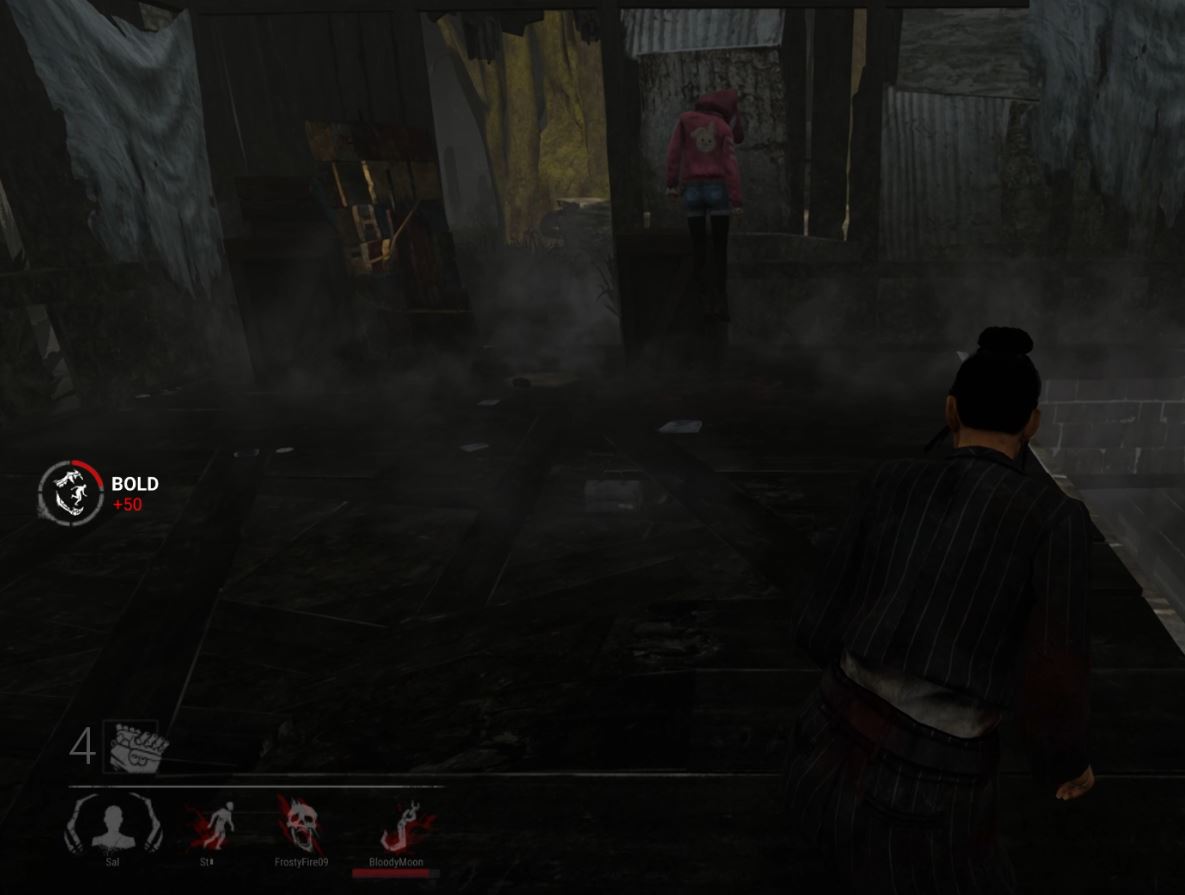 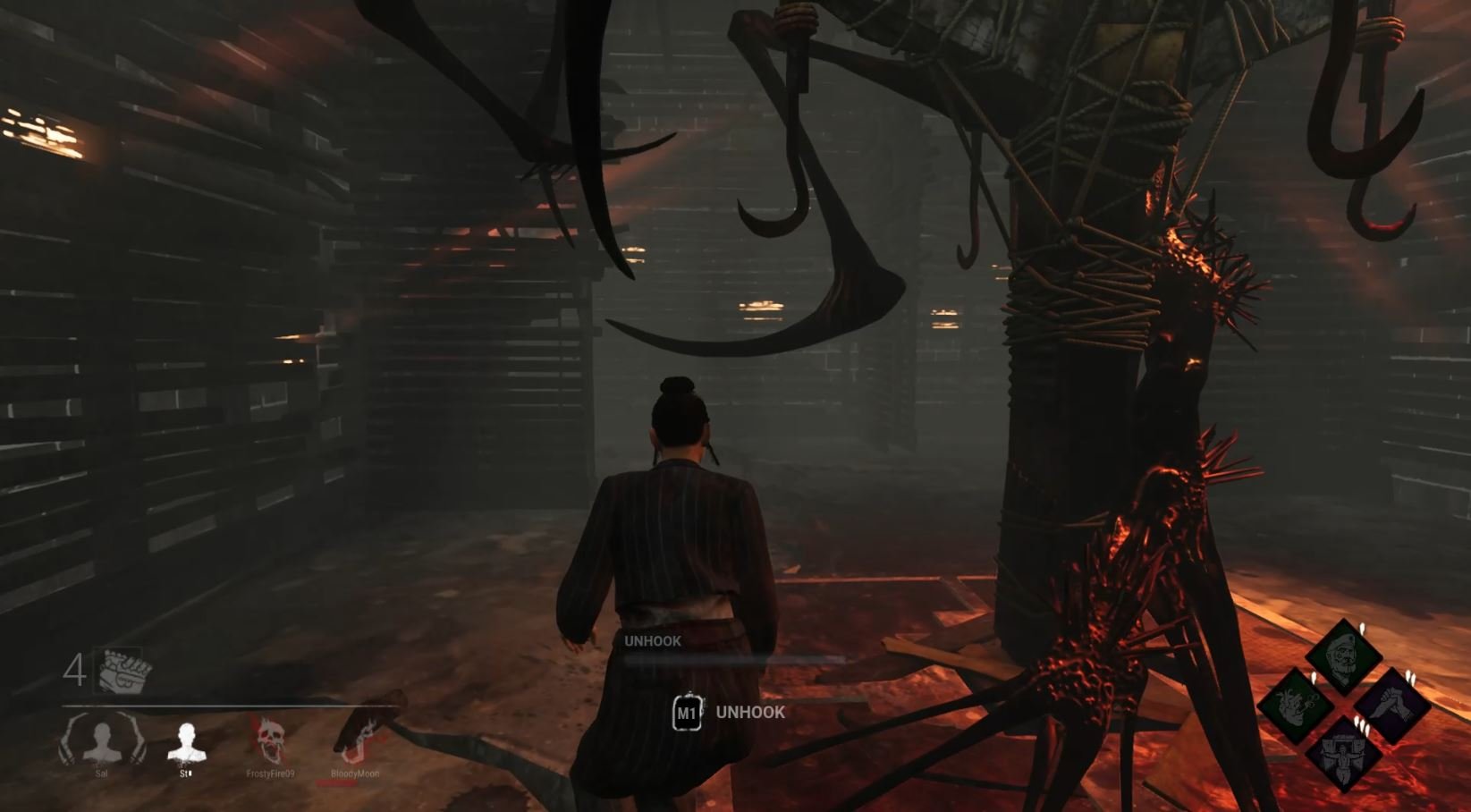 I could not find the log file on my computer. Hopefully the above is sufficient.