My thoughts on the new matchmaking system. Good or bad? 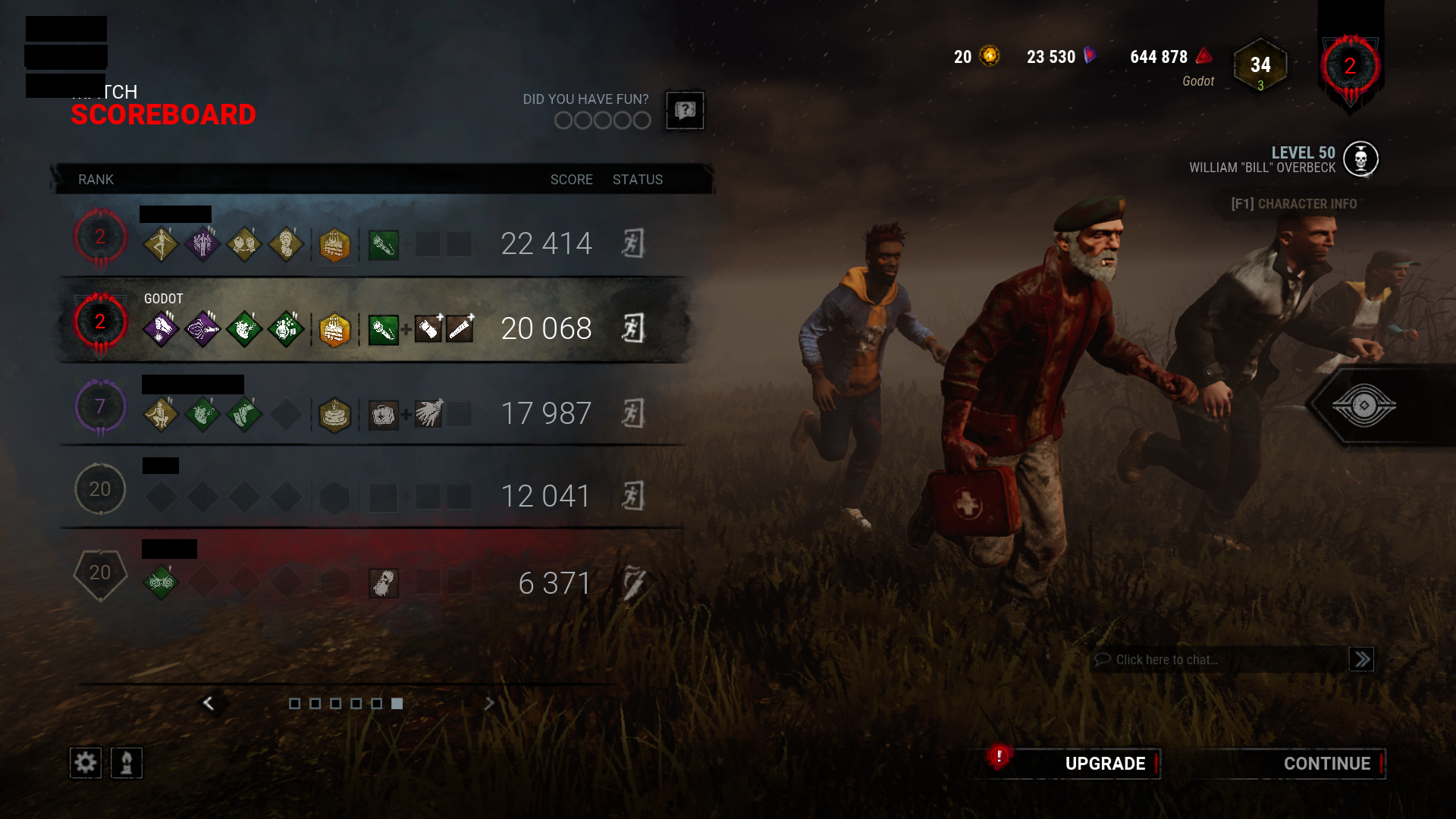 Since the addition of the new matchmaking system, I've won 9 out of 10 matches as a Survivor. That one match I lose is against an actual good Killer.

The picture you see above is the results of one of these matches, but if I were to take a screenshot of every other match result, it would be the same. Believe me.

I can't put my finger on it whether this new system is good or bad for Dead by Daylight, but I'll let the community be the judge.