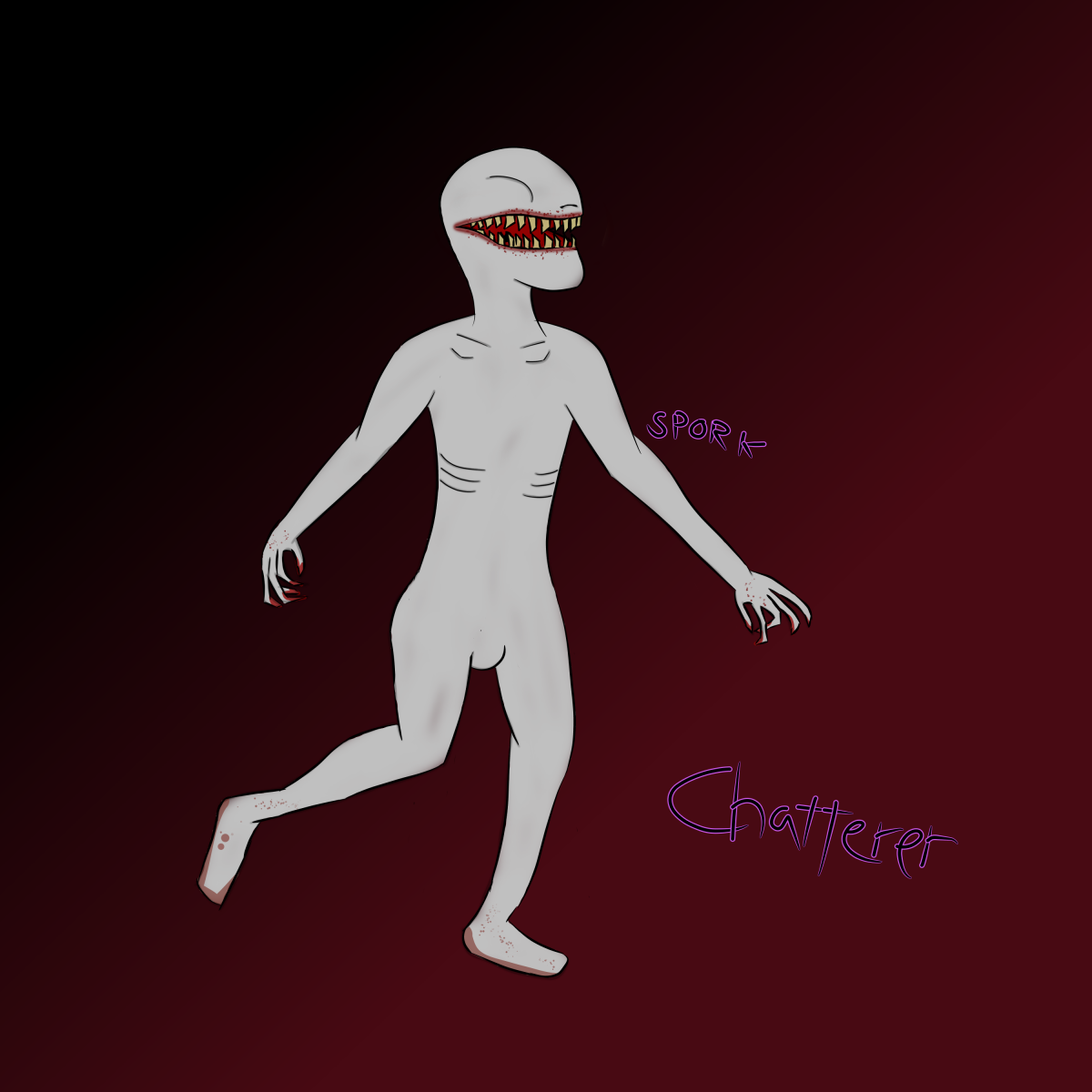 Killer Name: The Chatterer (I'm not exactly the most artistic, lol, sorry.)

Killer Ability- Echo Location (Chatter): The Chatterer is blind, in order for it to get around the player must constantly press Mouse 2, there is no cooldown between pressing mouse two and mouse one. With every click, a sound wave will be sent out around the killer, showing the map around them. Holding mouse 2 will cause the killer to stay in place for 8 seconds, the Chatterer will begin to click his teeth together rapidly and making a loud echo throughout the map, alerting survivors of what he's doing. During this time he will be able to observe everything from where he's standing, the map will be entirely visible to him, even showing the locations of the survivors. This action can be ceased early, but the player will have to go back to chattering his teeth manually. He will not be able to do this again for another 2 minutes.

Killers Effects on the survivor/How he can find them: The Chatterer's terror radius reaches 40 meters, if a survivor enters the terror radius, the goal is to not make noise. Move slowly, stand still if he's near. And get away. Running is a sure way to draw him to you, showing him sound waves of where you are, and where you're going as well as the objects around you, making it easier for him to navigate the area you're in. Standing still in his terror radius will not show him your location, he cannot sense you. Although, a fear meter is introduced, similar to the doctors sanity meter. If you're in the chatterers terror radius long enough the meter will fill, the more it fills the more scared the survivor will get, making audible noises like shaky breaths, whispering, muffled crying. This will not give up the survivors location immediately, though it is a warning to the survivor to get as far away as possible. But if they do not, and the meter fills, the survivor will panic, causing the Chatterer to see where they are, forcing the survivor to run, due to being found. Immediately after the fear meter is filled, it begins to go back down to zero, and once it hits zero the survivor will be able to stand still once more in his terror radius. Leaving the Terror radius before it is filled will also make it go down. The cool down time for standing still in the Chatterers radius after the meter is filled is a minute and a half.
Note: Injured survivors will not need to worry about the noises they make if they're in the terror radius, they will try to be as quiet as possible, which bring the fear meter into play.

Killer's passives: The Chatterer would be slower than most of the killers in dead by daylight. In a chase however, he would go into a frenzy, causing him to reach blood-lust a lot faster than any of the other killers, and increasing his speed exceptionally, making it clear that you should not be found by him. While he's in his frenzy mode, stun times are shorter on him, action times are faster such as vaulting through windows, breaking pallets, destroying gens. Since the killer is blind, Survivors cannot use the flashlight against him (Although firecrackers would be useful against him, but they're usually used for events so they would need to become a common item.) Alerted crows will obviously draw the killers attention as well, due to sound. When a sound is made the Chatterer gets a small boost in movement speed to hurry over to the commotion.

Killers description: The Chatterer is a bit taller than the Wraith, and very skinny. He has large hands and long bony fingers with sharp nails at the end. He has no eyes, he has no lips or cheeks covering his teeth, almost looking like a grin. His skin color is a pale grey, and he looks as if he is wet, or covered in a clear substance.

Frenzied: Once a killer reaches bloodlust 2 it stays with them, until they put a survivor into the dying state.

Heightened Sense: This is the opposite of Alert. This will allow the killer to see a survivors aura for 4/5/6 seconds depending on the tier of the perk, after they sprint vault through a window or over a pallet, fail a skill check, or drop a pallet.

Sensitive hearing: While a survivor powers the exit gate, each of the three buzzes the door will make a notification for the Killer to hear.

The Survivor tries push them self up off the ground and dart forward quickly, but the Chatterer would grab their ankle and pull them back as the Survivor flips over and screams looking up at him, as they're screaming he'd jab his sharp nails into their throat and pull out chunks of flesh from their neck, killing them as they gurgle on blood, and he'd toss the chunks of flesh aside, looking for his next victim while he Chatters.