Home› Dead by Daylight Forums› Discussions› General Discussions
Attention Steam and EGS players: a quick hotfix will be going live today at 11AM ET to address file validation reliability. Thank you for your understanding!

Scott and otz on ds vs pop. 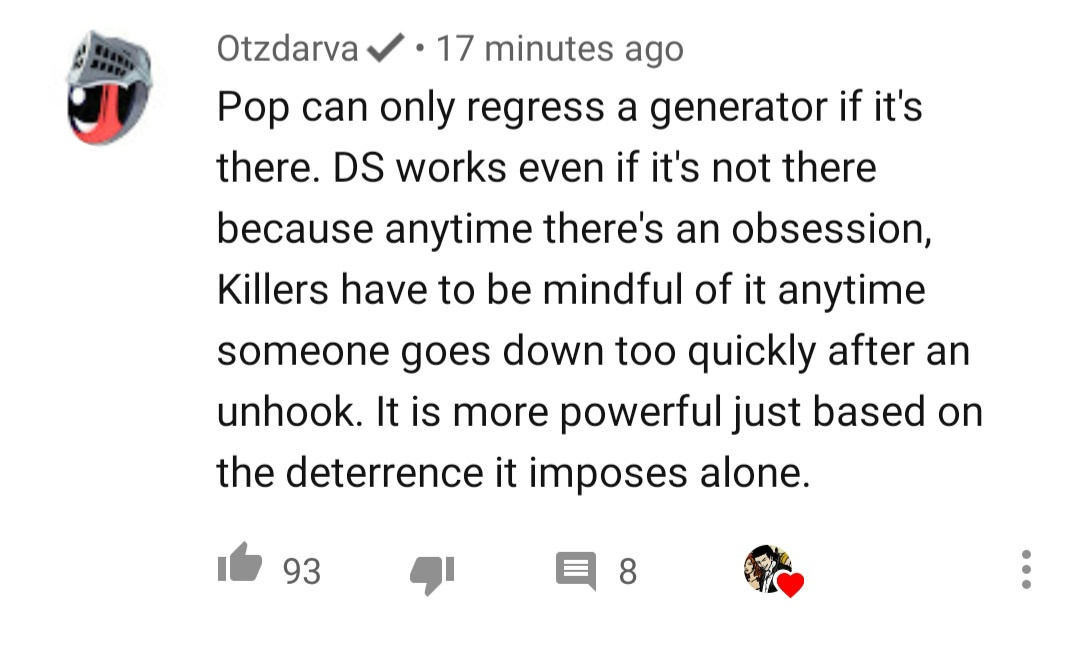 Tldr:Ds is a lot stronger as its a guarantee despite only being once per match (for you there is 4 survivors in a match) and giving survivor complete invincibility for one minute with ub. And like otz said you could pretty much bring any obsession perk and the killers forced to slow down their momentum at risk of being hit by it for no reason. (Im just using these 2 because everyone likes these two over the others others like tru3 agree but tru3s just bad apparently).