Home› PTB Feedback Archives› 4.3.0 PTB Feedback
We have deployed a fix for an issue that was causing players to lose pips when a match was cancelled.
No update is required, but this may take a few hours to be applied across our servers to all players. Thank you for your patience!

New Technician is super not worth it. 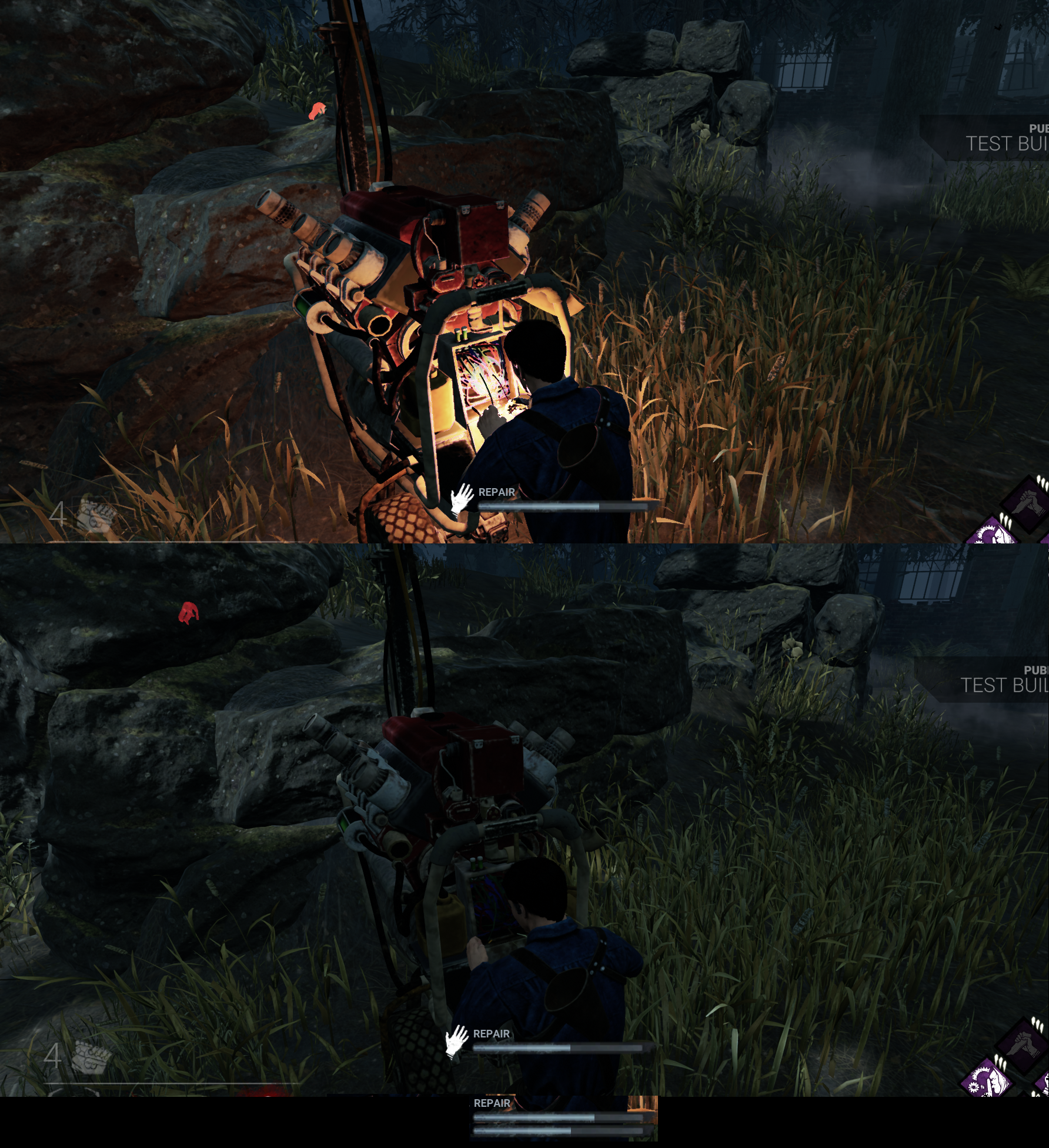 That's what 13% regression looks like in game (3% extra from the perk which is just more than half a pop goes the weasel 25%) - apparently the increased distance for gen noise to be heard is completely negated whenever someone else touches the gen while NOT running technician themselves (Meaning there goes that stealth aspect if anyone coops a gen - and within 8m it's equally loud even through walls as if not having the perk at all). The gen working noises are quieter but the pistons rumbling along are the same super loud volume as always.

Add to all of this if you miss that skillcheck while the killer is "outside" of the 8m technician audio range but still within the 15~20m range they still hear a fairly loud unique "CLUNK" noise that someone is running Technician. It is loud enough that the killer CAN hear it even if it isn't a full out explosion notification... so even it's SOLE repurpose isn't even foolproof in exchange for additional regression. It's literally going into the match planning to fail, training wheels for beginners you guys say? Why is it locked behind a 9000 iris shard survivor or a straight cash purchase rather than it being a basic general perk like Unrelenting?

I mean the concerns were there originally but I still cannot see this perk seeing "any" play from anyone who isn't just meme'ing anyway. In which case I'll rather just run Red Herring and Diversion so I can at least troll the killer and not my teammates...