Any chance we could see a kill rate chart for games where all 5 players are red rank?

Just a quick request for Ethan and the devs, the two charts Ethan showed in the Q&A were cool but they kind of beg the question for a third chart which would be filtered strictly for games where all five players are red ranks. The “red rank” chart from the Q&A was presumably games including a red rank killer but didn’t seem to be filtered based on survivor ranks (since all the killers in that red rank chart has a 10% or so higher kill rate, it was including lots of games where a red rank killer was stomping lower rank survivors.) I think an All Red Rank Players chart would give a bit of a clearer picture of roughly where the killers stand at the higher end of play.

For example, it’s possible that a killer might be particularly good against average players but high skill players can deal with them more efficiently. Hypothetically for instance Undetectability could be something that average players tend to fall victim to more often than red rank survivors since the effectiveness of Undetectability is gong to be significantly impacted by the degree of situational awareness of the survivors. The more aware they are the harder it becomes to get close, even while Undetectable. And that would be compounded by groups that are on comms who can relay an Undetectable killer’s location to others, which becomes a bigger factor in all red rank games since the probability of facing swfs likely increase in games against all red rank survivors. So you might see Pig, for instance, lower in the kill rate ranking in the All Red Rank Players chart than the ones against all survivors (maybe?)

Here’s the red rank chart again for reference. Either way thanks for putting this and the other chart together, it’s fun info to see! 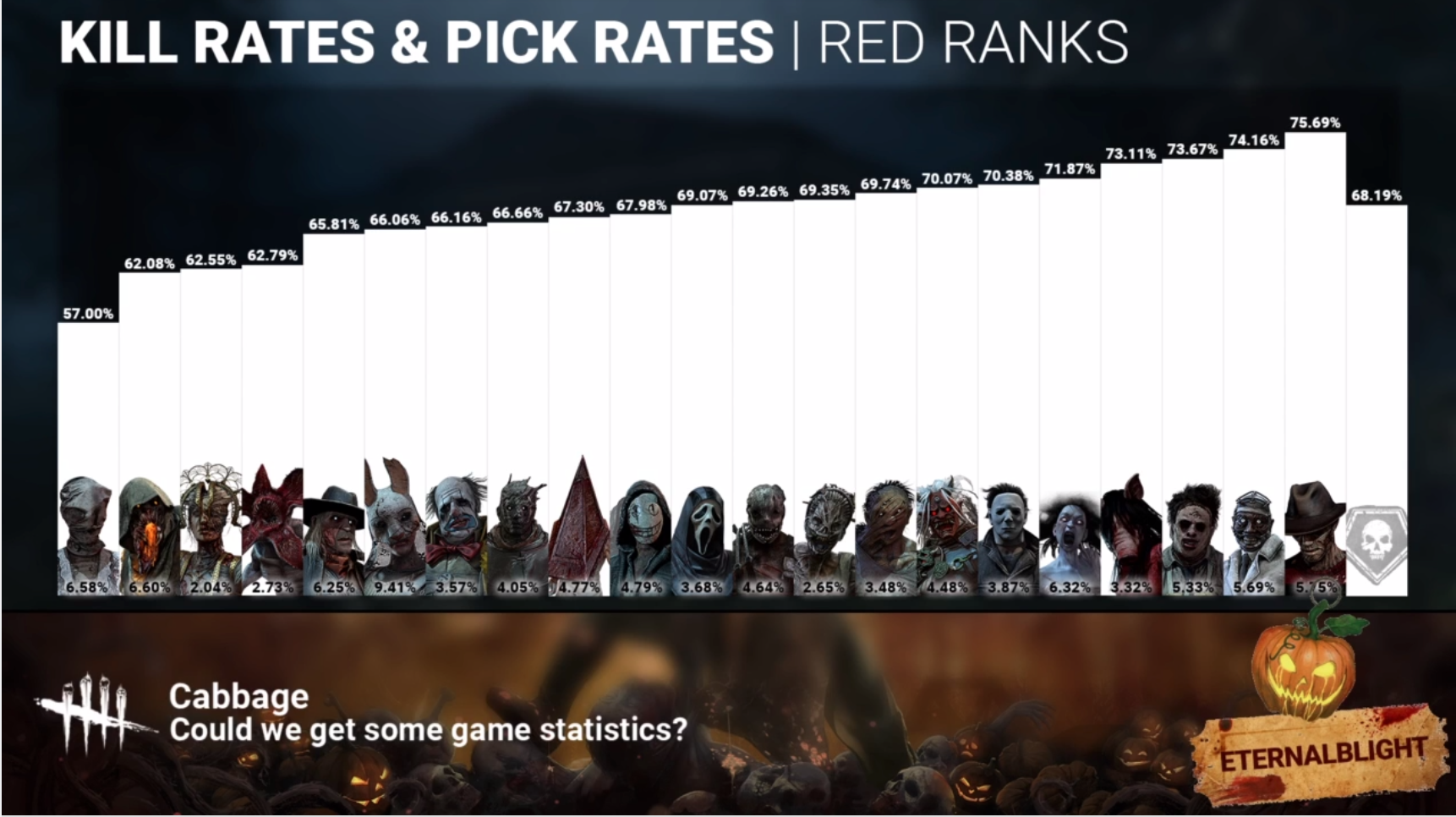