Home› Share Your Work› Creations
We're making some changes thanks to the feedback received from the PTB. For more details, click here.

Chapter Concept: Darkness in the Water

BIO:
At the site of Tau, many people starved and suffered. Life under the ocean waves was stricken with strife, and this was especially true for Jin Yoshida, another worker at the Tau site, one of eight underseas bases entrusted with helping to save the rest of humanity after an asteroid completely wiped out the surface. The people here would copy their minds into a device known as the ARK, which would keep their brain scans living in a perfect paradise. All was not well however, as the team sent to send the ARK into space failed, now stranded at site Tau. They were not safe however even with the lack of food.

The WAU, an intelligence created by the underwater bases, was designed to keep everyone alive at all costs. Death was irreverent to the AI however and it began using brain scans and putting them in robots as well as turning corpses into savage nightmares. For Jin Yoshida and the rest of site Tau, this was a problem. They would slowly go mad. One by one. A failed escape attempt set them even further back than they were before. That being said, they didn't stop trying. Jin Yoshida would slowly be corrupted like everyone else but he would resist. Even with many of the last survivors succumbing to the WAU and being put on a faulty life support, he tried to escape once more.

However, little to his knowledge, the WAU had secreted it's corruption fluids into the very power suit Jin hatched himself into. Soon, his whole body was consumed by the intelligence, which would make his power suit his grave. But, soon after his disappearance, the last of the crew met a grizzly site as a blackened power suit, corrupted by WAU, attacked them. Taking them all out. One by one. Soon, the last remains of Jin Yoshida walked the lonely halls of site Tau, his mind being flooded in pools of thought and endless other minds, interconnected by the WAU. This husk of a man walked the hallways, searching for life around any corner it could find.

POWER: "The WAU's Curse"
-The WAU has given the corpse's soul abilities to heighten it's senses. With your power, you can hear movement and voices much louder than any killer in the game as they are about 2 times as loud. These noises are things like injured state breathing, running, generators, chests, lockers, etc. Anything that creates sound really. This means you are really good at tracking Survivors from distances. As well as this ability, when you look in the direction of the noise it will be about 3 times as loud, letting you find were they are with the noise. Red scratch marks still show up for you but you are now able to track with sound better than any other killer. When you click the right mouse button, you will shoot out a wad of the WAU from your chest. This can be charged for distance just like the ranged attacks of The Clown and The Huntress. This will have a splash effect if it hits a surface no nearly to the extent of The Clown's tonic. It won't linger either. If this hits a survivor, they will receive a decent slowed effect of about 15%. If it hits them from the splash, the slowed effect won't be as great with only about 5%. This can be stacked up to 2 times giving them a massive speed nerf. When slowed, Survivors will need the help of other Survivors to clean them off which takes about 3 seconds. 6 seconds if stacked twice.

PERK 1: "Contaminated Waters"
-You have a connection with the WAU along with the Entity, allowing you to use both. While you walk around, you will secrete the WAU's liquid under you. This will leave a black WAU trail, slowing Survivors if they walk in it by 4%/8%/12%. WAU dropped by you will go away after 50 seconds. This is good for slowing Survivors in loops.

PERK 2: "Tarnished Wires"
-The WAU has assisted you in giving you a better understanding of technology. When you have this perk available, with a cool down of 60 seconds, the generator you damage will be booby trapped. The generator will not emit the effects that usually show up when damaged such as sparks. This is because you degrade the gen with the WAU’s liquid. When a Survivor starts working on the gen again, their hands will be encased in the WAU, trapping them there. This works similarly to a bear trap and the Survivors free themselves through struggling. Other Survivors can’t free the trapped Survivor however.

PERK 3: “WAU’s Oblivion”
-The WAU has given you its blessing. Your weapon is infused with the WAU. When you hit a Survivor, they have a 30%/40%/50% chance to be given the hindered effect. 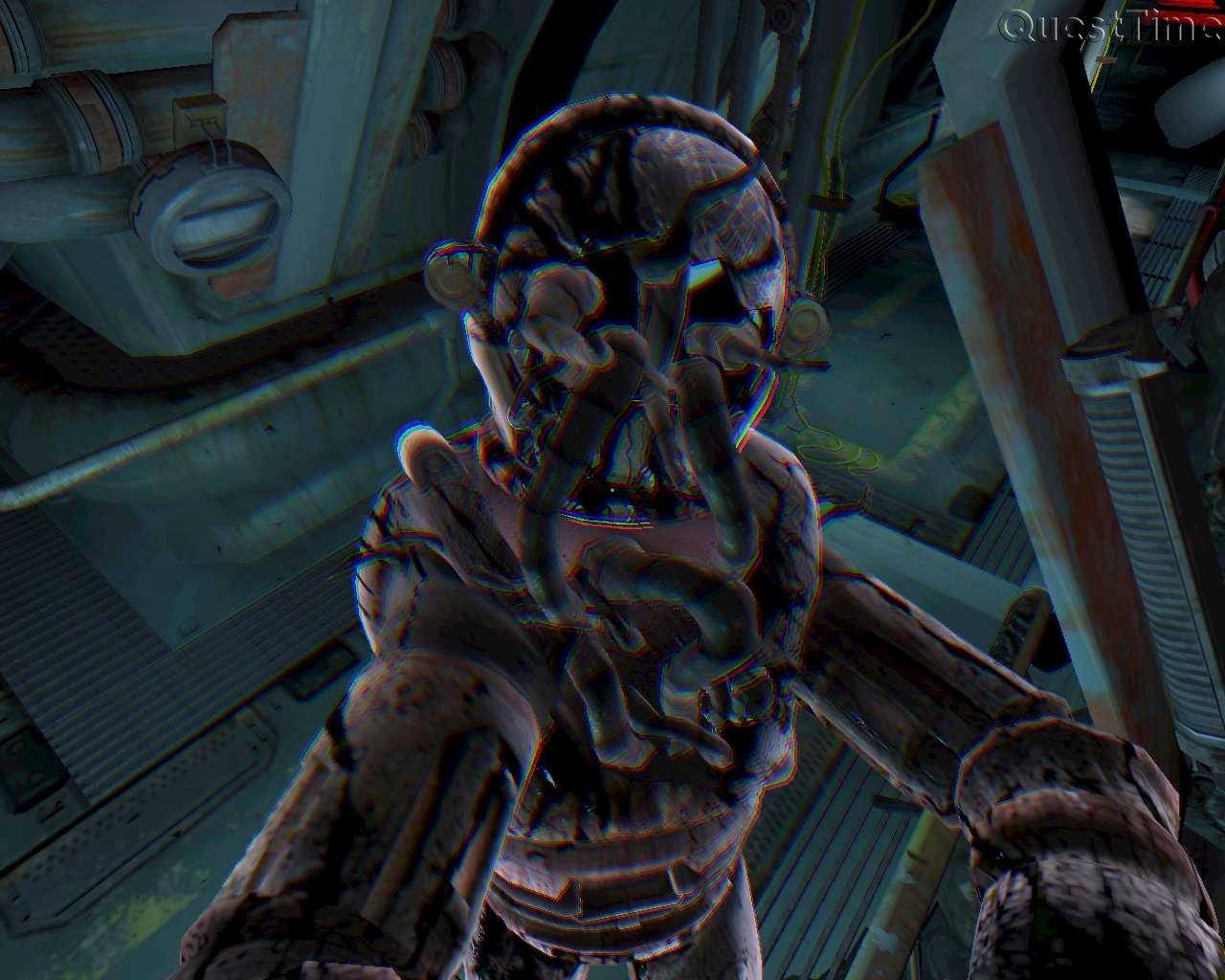 MORI: You walk up to the Survivor and pick them up by the neck with your right hand. You then lift them up and your face tentacles start writhing. Then, one long tentacle shoots out of your face and into the Survivor’s, going out the other end. The Suit then drops the body and backs up, ready for more.