Back here with some more STATS that I've gathered (post DS nerf)(pre 4.7.0)

as promised here again with more stats, gathered from 52 games played as killer (was supposed to be 50 but didnt wanna screw up the accuracy so i included those 2).

So here's an overview on the general stats. a damn good killrate of 93 percent is an improvement from the last time.

Now we go to the top survivor perks, 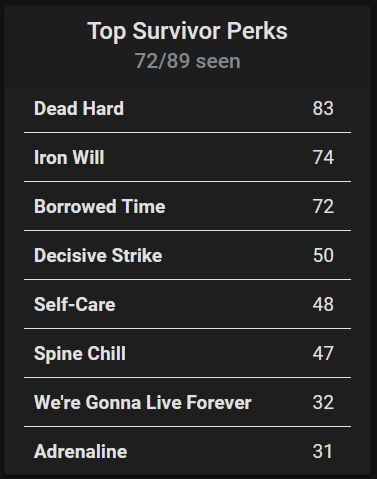 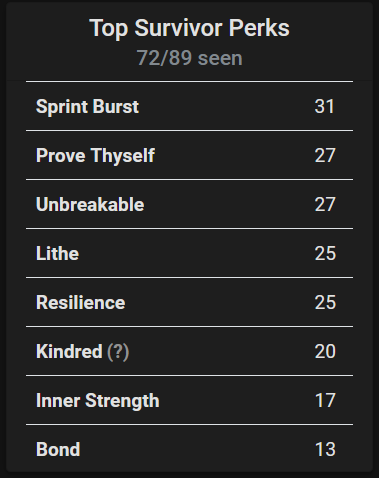 as expected DS is no longer the top perk but it didn't just disappear as the forum posts makes one believe, it went from 1st to 4th but the amount of DS i ate after the nerf went down like 95 percent, now i have to go out of my way to eat it, it's almost as if i never tunneled in the first place. Surprisingly WGLF made it to the top list out of nowhere, other than that everything else is the same. 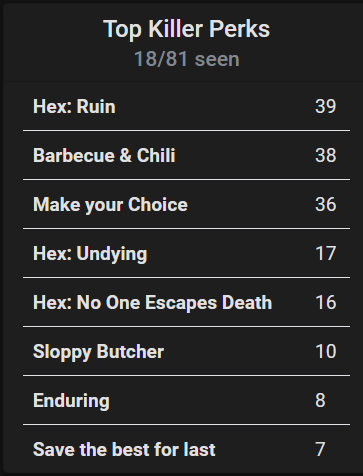 My top used perks, mostly played deathslinger and didn't have that many good perks on him so i took NOED with me till i got them other than that everything else doesn't stand out that much 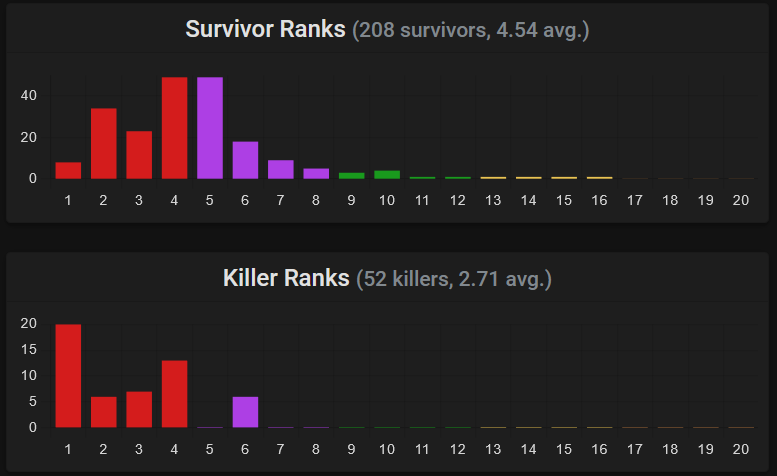 My rank and the average rank i played against. overall good matchmaking, most were in my ranks and usually the rainbow teams were SWF so matchmaking can't really be blamed there. 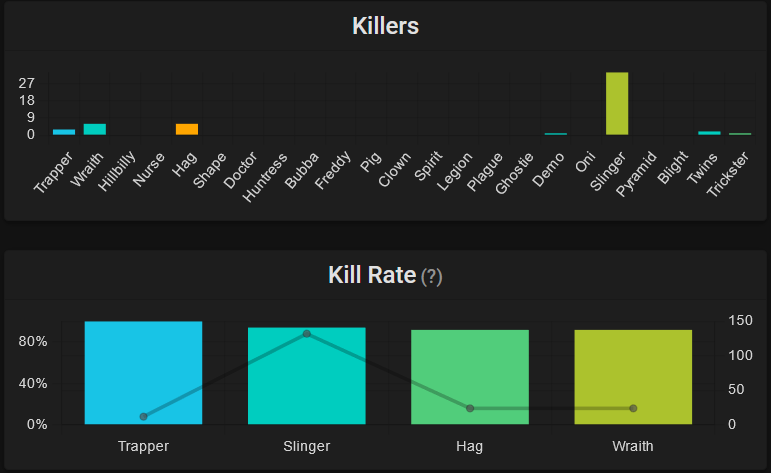 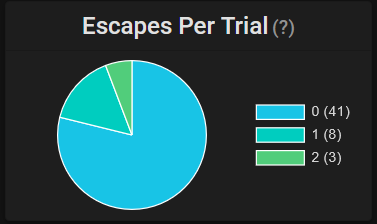 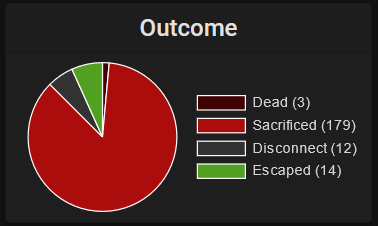 Many hatch escapes which is fair play but my kill rate would be even higher if they had not happened :((

Thats the end of the stats, I'm going to keep gathering them for those who like seeing stats regularly :)

now again some words from me, NOED is completely fair IMO as i there is already many perks and even an item designated to counter totems, if you get hit with it often and don't like it maybe change the Iron will and dead hard to detectives hunch and small game. The endgames is still considered "The game", you are still playing even after the gens are done so don't think your win got robbed.

i wasn't really a deathslinger fan before but this time i got the urge to play him and fortunately did good with him, i even had a 33 winstreak but i lost it.

got much less hate messages this time around but the ones i got were straight up stupid, like if you don't have anything to say after the match don't drag down my IQ just to understand what your saying.

here's some bonus toxic chats, for some reason what ever i do is considered tunnel and camp and somehow i never get punished for it. 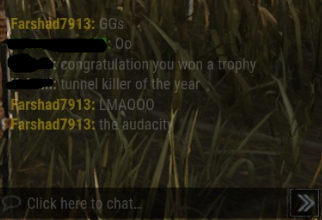 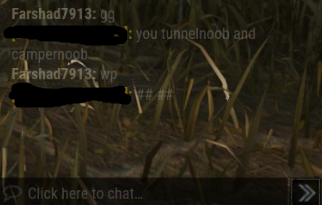 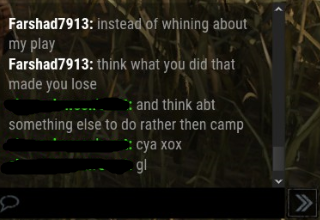 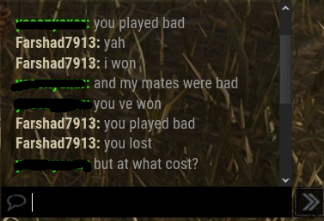 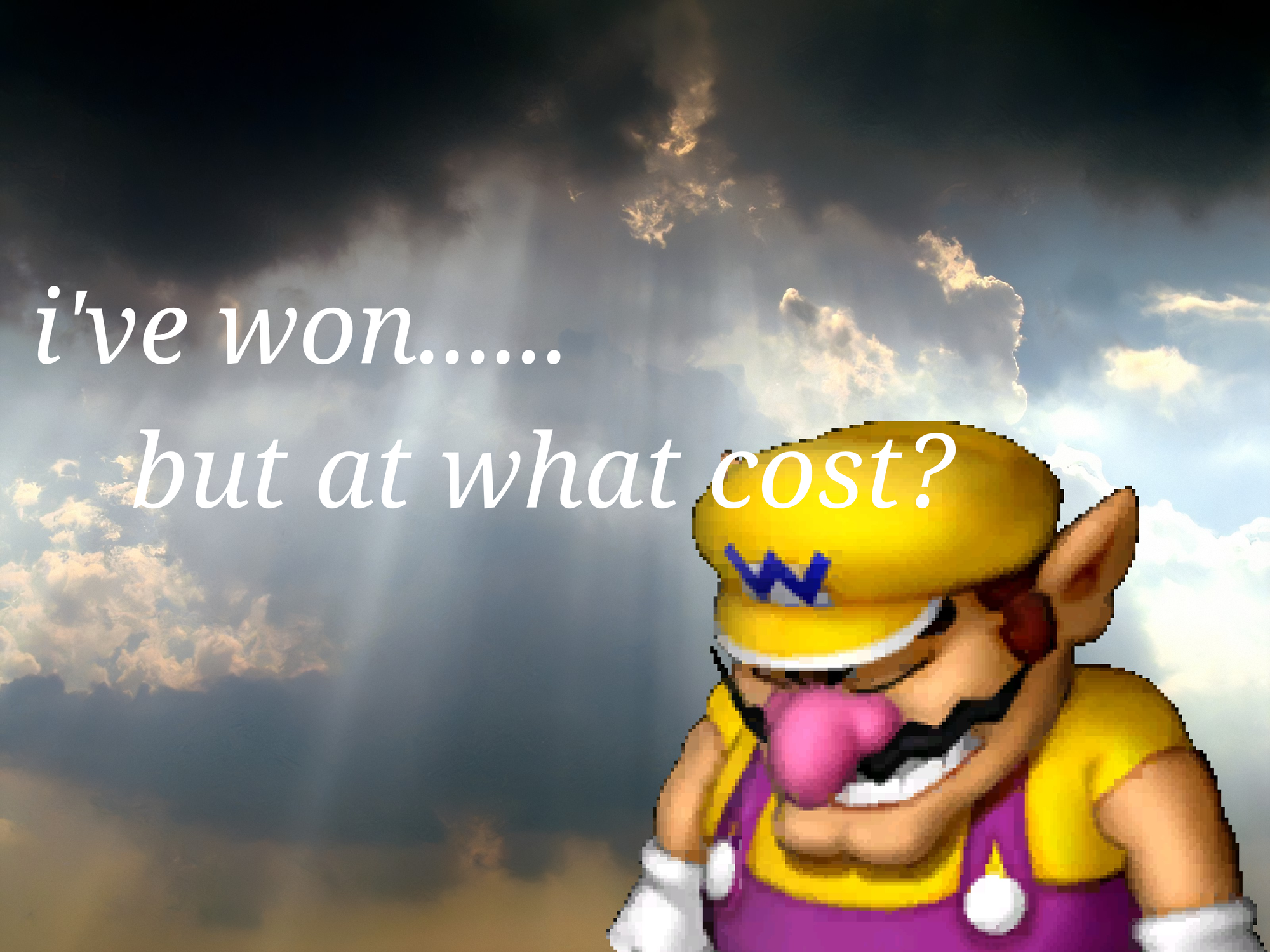