So, I've been drinking a delicious rocky road rum smoothie, while I was drinking this heavenly nectar I had myself a headache with pictures, in other words a thought. "I'm gonna play my favorite video game Dead By Daylight, with my happy big boy Nemesis"

That was my goal.... until the unspeakable happened.

I que up for a match, about a thousand seconds later I get into a match with a swf team. But, they're not the problem. Oh the problem hasn't even started.

After we finished loading into the game, I get flashbang by the color of orange and hate.

That's right. We weren't in Kansas anymore, but instead we were at...

DEAR GOD NOT THE CORN!!!

Oh it was a nightmare, rows apun rows of the dreaded corn in the scorching Texan heat of this map caused my ps4 to start to cooldown with the power of a wind turbine.

There was no winning.

But thankfully, I got destroyed in a mere painful twenty minutes. (Actual time, I like to record my matches. Shut up)

I held back a tear.

"Okay. Maybe the next match will be better"

I load into my next match and yet again... the dreaded orange and red.... why? Why Caldwell..?

I go to sleep, Caldwell!

I brush my teeth, what's that? They turn into Caldwell?!

I take a shower, somehow I got lost and ended up in Caldwell, naked and afraid style. 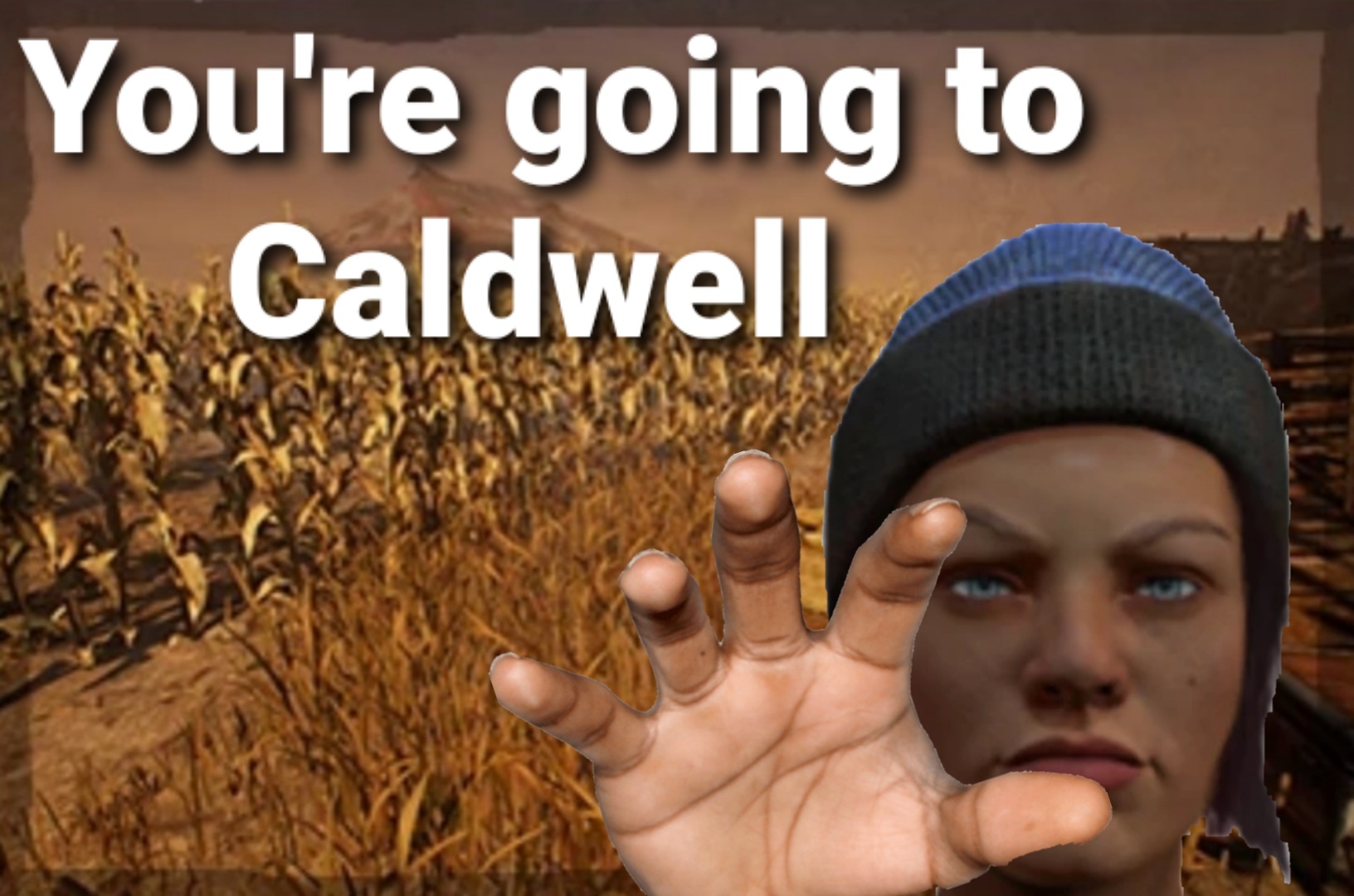 WHY IS THERE SO MUCH CORN?!

A long time ago someone made a post asking killer mains if they have any maps they quit against.

WELL YOLKS ON ME!

Edit: Yes, it's Coldwind. But until this map stops being stupid and annoying, I will refuse to say it properly.