So Twins got shadow-nerfed. AGAIN.

Take a look at these three addon descriptions. 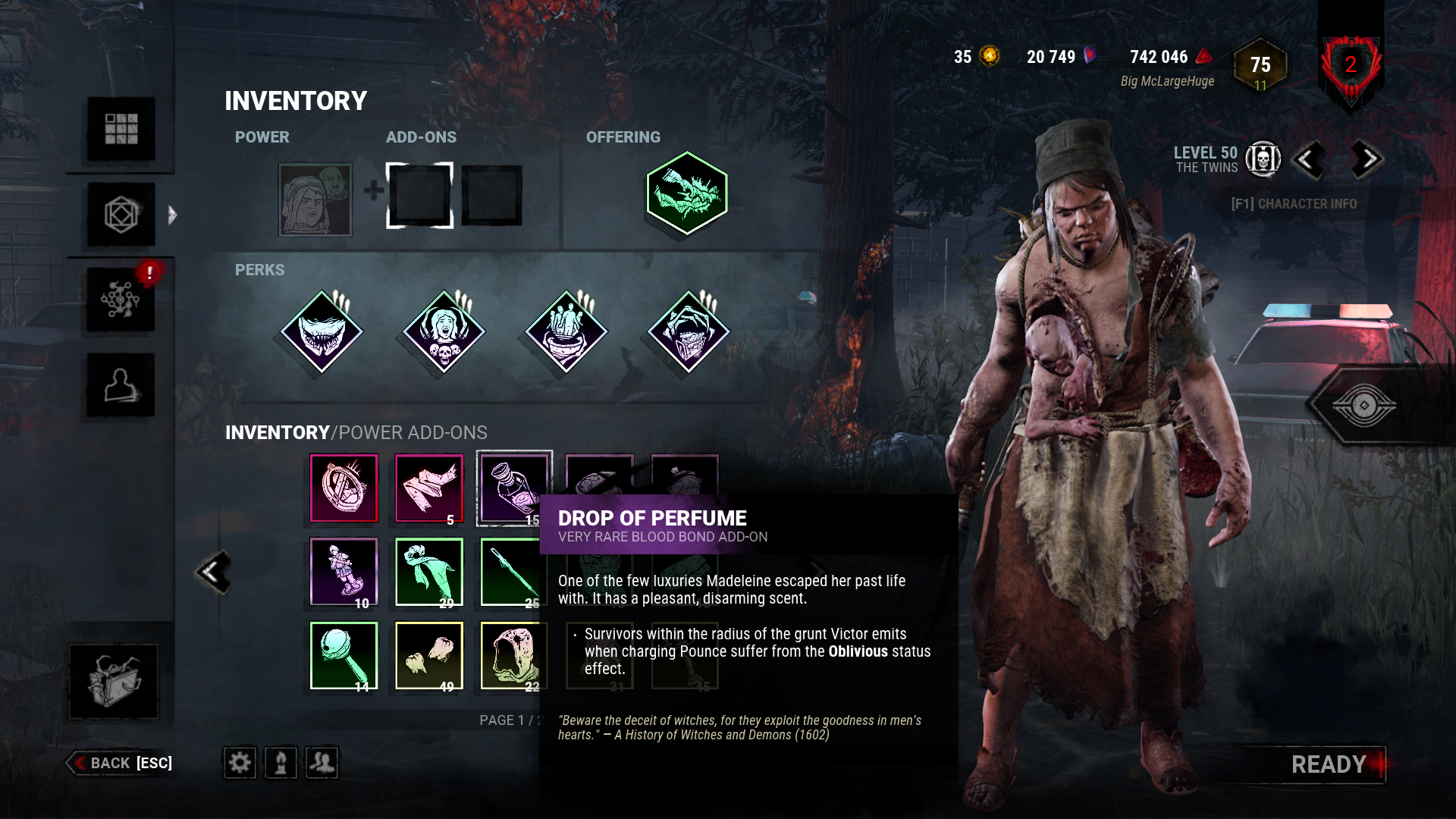 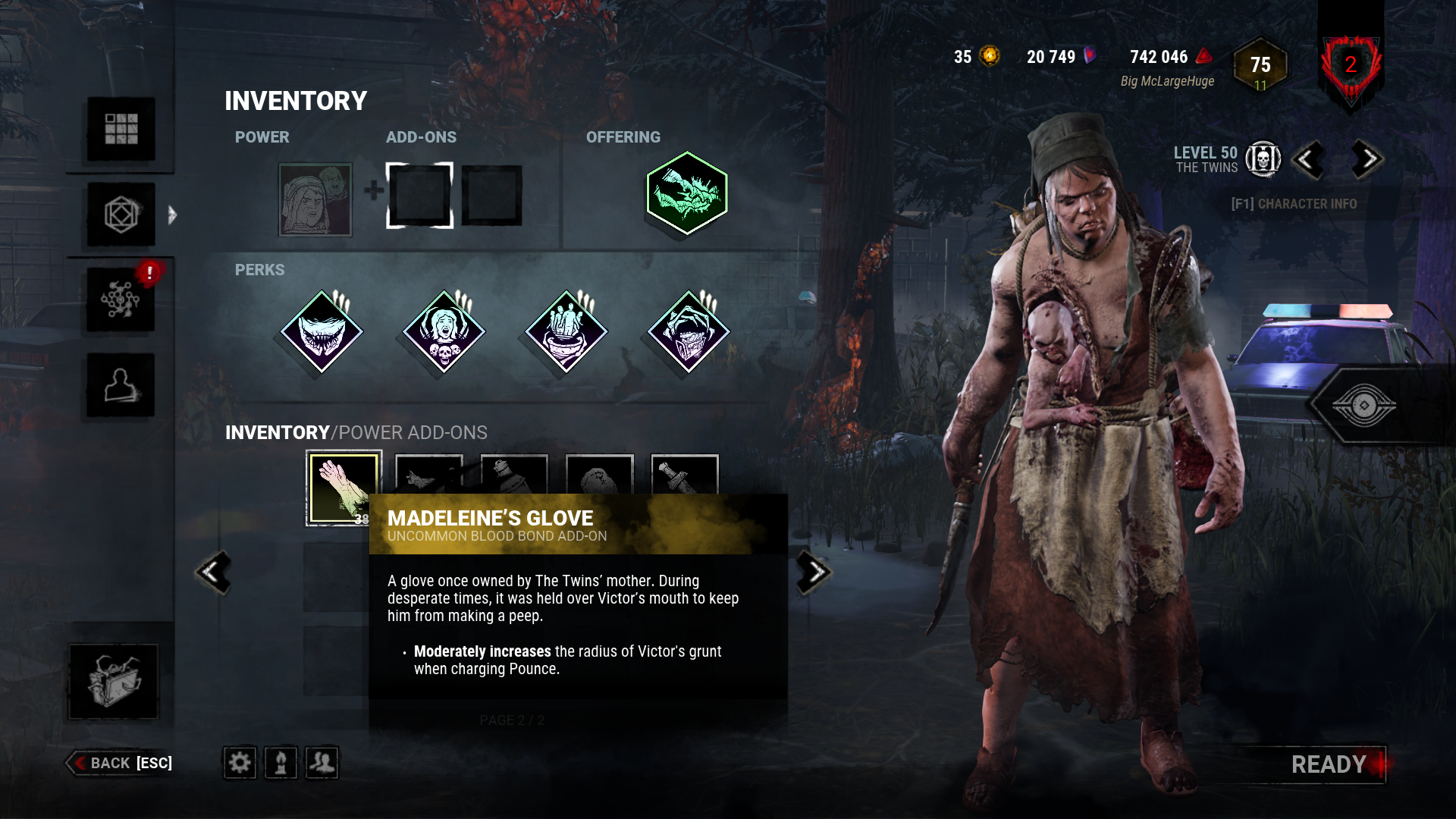 All three of these addons have two things in common.

This is a hard nerf to these addons that make them literally, genuinely, absolutely pointless. Soured Milk and Madeleine's Glove were really good because Victor's Killer Instinct was determined by the range of his shrieks, similar to Doctor's static blast—if a Survivor could hear Victor, Charlotte could see them. So louder Victor = more tracking. Now, though? The addons actively hurt Victor by making it harder to charge a long-range pounce without being heard, or making it more obvious he's charging a pounce mid-chase. As for Drop of Perfume? Already a low-tier addon, but now it truly serves no purpose. After all, what's the point of making Survivors Oblivious when you're PLAYING AS VICTOR?

These are stupid, senseless nerfs that completely gut three entire addons. And once again, it was a Twins change that BHVR did not, in ANY BLEEDING CAPACITY, mention or tell to anyone in any way. This is the fourth, count 'em, FOURTH shadow-change to Twins since 4.7.0 and the THIRD shadow-nerf.

I get people don't like playing against Twins, but I haven't seen a Killer get this surreptitiously changed in the entirety of DBD. Even when they nerfed Pig 37 separate times, they had the integrity to tell us it happened. This is just ridiculous. 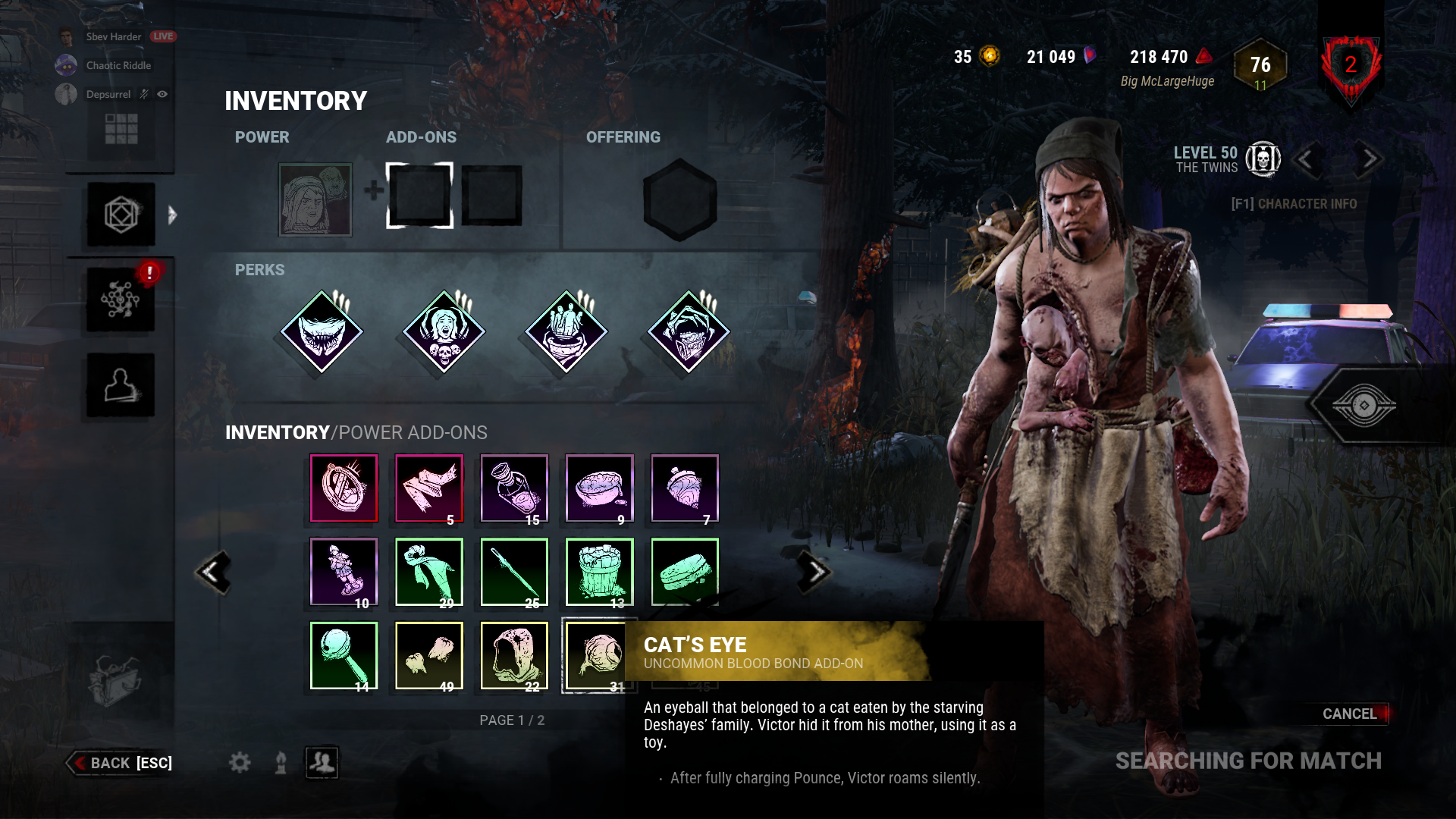