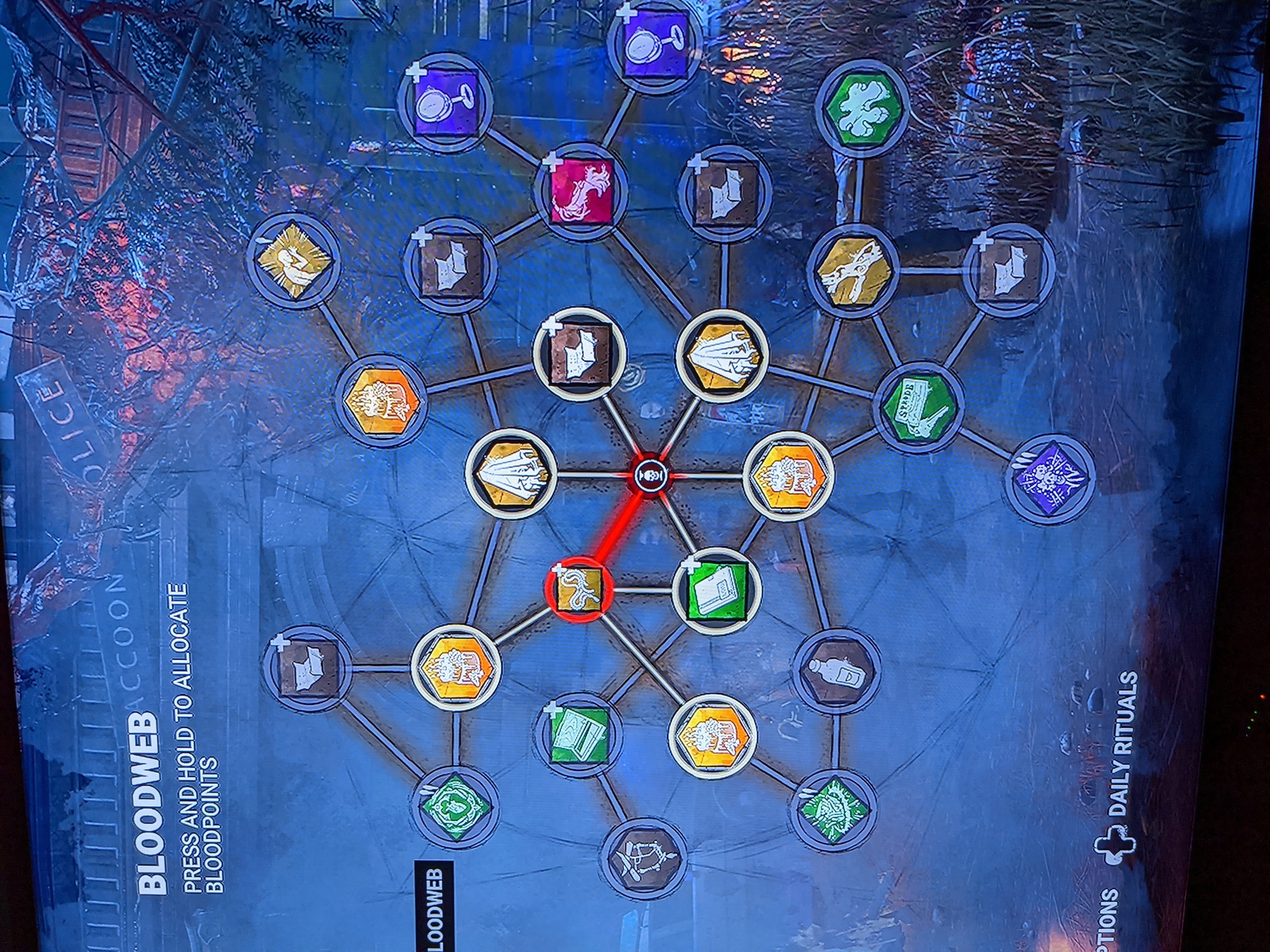 It is kind of insane though how much more cake I get playing killer than it is survivor. I know survivors have other event items that also get put in the web but I feel like I'm lucky when I get two event items period in the survivor bloodweb (so not just cakes but the other stuff) where my boy Mikey here has FOUR cakes in one web :D

I promise I'll share with you survivors and as long as you're not a jerk who BMs me, I probably won't kill you!