some new heads that need to be fixed imo (pictures)

Here are some head cosmetics that need fixing that I found.

One thing that I have to say is that a lot of the cosmetics look way worse in low graphics (comparing with before the update). 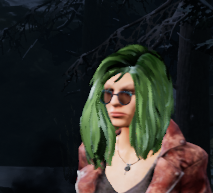 algae hair Nea ( it doesn't have the black part anymore)

jeff looks way older now imo, I think is the lack of eyebrows + eyes too small