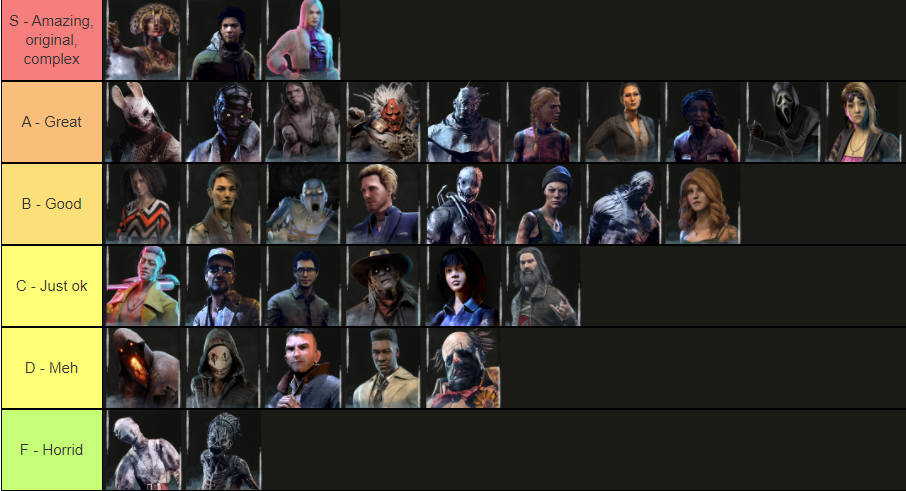 This is heavy personal preference.

S - All three have a lot of complexity to their character, which makes them stand out above the rest. Both Plague and Jake had incredible tomes, we'll see if Yun-Jin can get to the top when she gets hers. Worth reading even if you don't care about the lore.

A - These all have very interesting/entertaining backstories, that I really enjoyed reading/listening. I'd say they don't quite have the complexity of the S tier characters, but as you can see this section has the most amount of characters.

B - Not a huge stepdown from A, as I like them all, but I think they lack the punch that the ones above them have. For example, Kate's base lore was really nice, but her tome lore didn't do a lot for me.

C - Either mediocre, or undeveloped due to a lack of tome.

D - Similar to C, but personal preference has me put them a tier below as they don't really have much about them that's interesting.

F - Both have really bad lore honestly. Hag's is worse, since Nurse's base lore was ok, but her tome was a tragedy. Hag sucks! I really hope they redo Nurse's tome lore as she had potential to be way higher.

@PixelBush you should do some kind of lore tier list, love you vids :)