Home› Dead by Daylight Forums› Discussions› General Discussions
The PTB has been re-enabled. To those affected, we'll be sending out a large sum of Bloodpoints shortly for you to spend as you please. These Bloodpoints do not transfer back to the Live version of the game.

Your Live progress has not been affected by what happens on the PTB.

Is Spirit really the problem?

For the past 3 days I've been playing Spirit to really see how no sounds is really affecting Spirit. As a dedicated Rin Yamaoka main, turning into Hellen Keller when you use your power is a bit problematic since she has to rely on the most unrelyable killer mechanic. 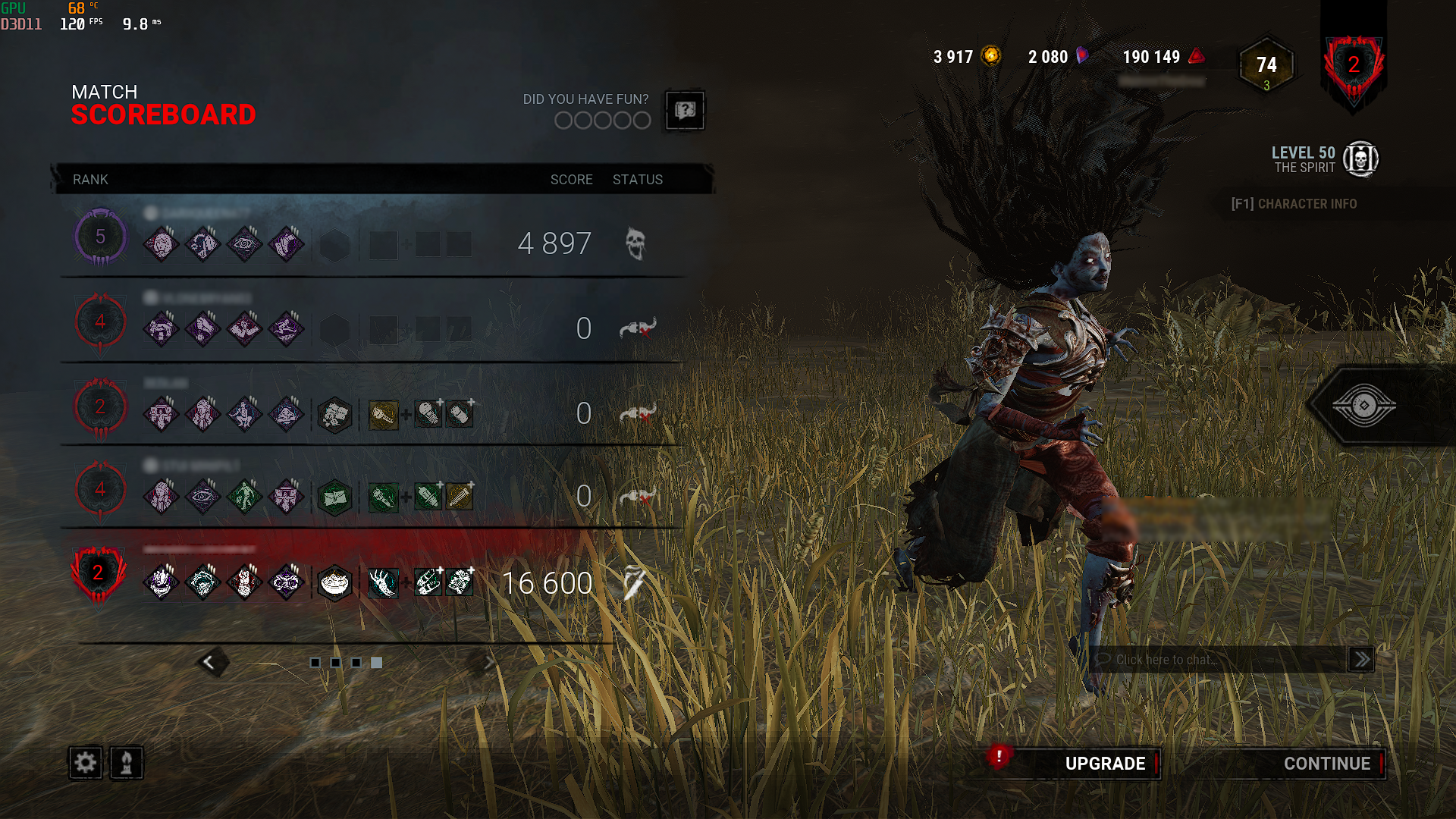 So my expirement mostly ended with survivor's DCing left and right and it really has me wondering.

Even as of Patch 5.1.0 is Spirit really the problem or are we complaining because she doesn't consistant counterplay such as Ring-Around-The-Pallet?