The RE lore is incorrect and lacking

Looking at the latest DBD entry of Under The Umbrella on the RE portal (link here), this stood out to me:

If the chapter set out to honor the source material and to be as perfect as possible, why is the lore so inaccurate? Even the new lore to DBD is so incredibly bland compared to more recent bios for characters.

Now to be fair, I know that Capcom used to offer really poorly translated notes to anyone who obtained the license in the past. I don't know if that's the case anymore, but there's no way people weren't aware of these flaws.

I'm gonna list the ones I've noticed below, which could hopefully lead to some kind of fix.

Starting off with the most basic flaw: calling Nemesis "The Nemesis". From the original release of Resident Evil 3 back in 1999, Nemesis was known as the "Chaser". This was originally present in Japanese sources, which may not be so accessible. 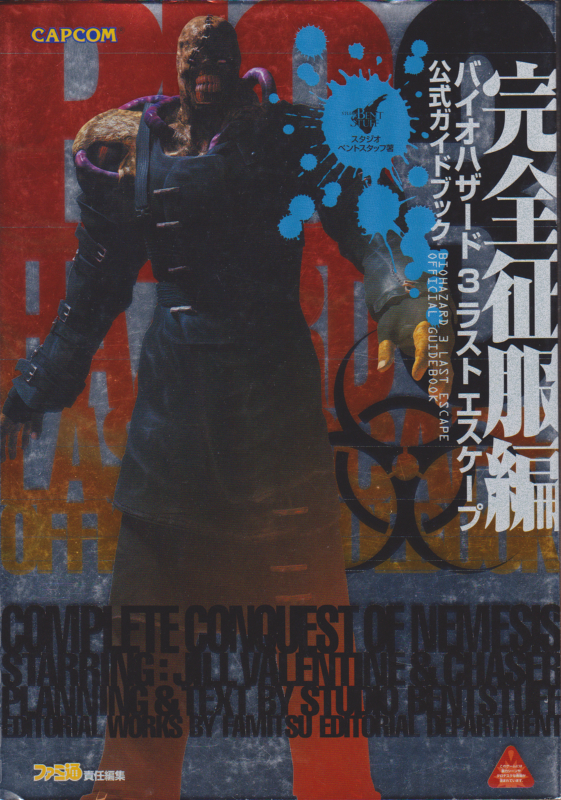 However, for at least the last 14 years, the name has been localized and featured in the games Nemesis has made an appearance in as the "Pursuer". Like "The Shape" with Michael, this is one of those things that was perfect for DBD and already in place in its respective lore. Why would he be called "The Nemesis" instead?

The killer bio in DBD even states that Nemesis is a "super soldier fixated on pursuing [...] its targets". That couldn't have popped out of thin air.

The most glaring issue with Leon is the bio for his RE4 outfit, Persistent Investigator: 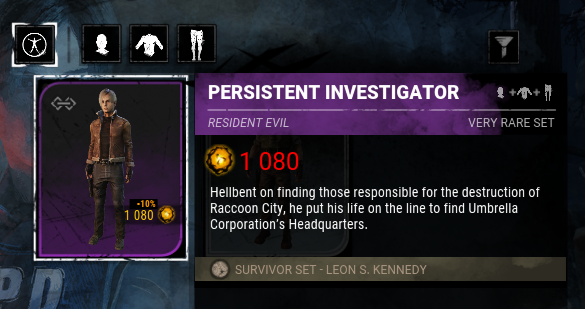 This bio can be taken one of two different ways:

Leon went to Paris to investigate Umbrella's main headquarters after the events of RE2, or

Leon went to the Spencer Estate in Europe to confront the head of Umbrella himself.

The problem is, neither of these match Resident Evil 4.

Regarding the first scenario: after the Mansion Incident in RE1, Chris, not Leon, begins his own private investigation before flying to Paris and renting an apartment where he can investigate Umbrella's main headquarters more closely. He doesn't tell Claire about it, which prompts her to look for him in Raccoon City during the events of RE2.

As for the second: the "Castle" prototype of RE4 had Leon investigating the Spencer Estate in Europe while he was working for an anti-Umbrella group put together by the US government. He's attacked by a fog-like B.O.W. and gets infected. This was later scrapped entirely and reworked into the Lost In Nightmares DLC for Resident Evil 5.

Judging by what I know, I'd say that they used the first scenario. But why use what Chris did between RE1 and CODE:Veronica for Leon's RE4 costume? It's mixing two different characters with two totally separate events in the timeline.

We know that Jill overcame the Raccoon City Destruction Incident, but where did she return to?

Bearing that in mind, did they mean that she returned to save lives after the Mansion Incident? Because this is the outfit she wore during RE3. There would be no city left to return to otherwise. And even if they did mean the Mansion Incident, Jill never left Raccoon City. She and Brad were the only S.T.A.R.S. members left in the city, which is why they were involved in the outbreak to begin with.

Chris and Claire's bios are flawless, so it's bizarre that these costumes have issues.

This is more of a personal gripe than anything else:

The quote on the RPD offering is Claire's from the original RE2 (link here). For whatever reason, it isn't attributed to her like the others.

On top of that, it's a quote that doesn't mention the RPD and is in reference to an enemy that isn't in DBD. It'd make a lot more sense to use Leon's line at the beginning of the game where he suggests they go to the RPD:

Variations of this same line exist in every telling of RE2.

Another personal gripe, but one that's just as warranted:

Why are the bios so bad? Leon's is incredibly short and doesn't give much in the way of why he's in the game. He made it to the lab and got lost? What else?

Jill's is just ridiculous. What basement did she rush to? Are we to assume she just teleported to the basement in DBD? Why is lock-picking mentioned so prominently yet nothing about her character in DBD has anything to do with chests or hatch? It also reiterates that she returned to Raccoon City, but she never left as stated above.

The one for Nemesis is actually fairly decent overall, but it clashes with Jill's bio. If she disappeared in the basement, how was she enveloped in the fog with him? Either she stunned him and ran into the basement, or she was with him at the time. They square off more than enough times in RE3 to use such a vague and poorly thought out example.

Like I said at the beginning, I'd really love if these issues could be corrected. I'm not sure if there's anything preventing it from happening or if Capcom suggested these changes on their own, but it's far from perfect as the DBD dev stated.