Home› Share Your Work› Creations
Due to latency issues in the PTB, we have decided to postpone the server hit validation test until after the update releases on the live version of the game. We will let you know when the test will take place as soon as we can. Thank you all for your patience.

@Skorpanio you can thank this man for helping me get concept of this chapter, outlast wiki is also a mention for this and the title, some of the background is directly from the outlast wiki

Map: Town of the new testament-Supai

This town is where those who follow the testament exist in what the towns people call harmony, but this testament has grown insanity between these towns people, but within this down holds something darker than we thought even existed, even beyond the light, always comes darkness, and rampage.....

Nobody knew much about her, she always was about her version of "faith", and non-believers are considered sinners, Marta did not like this, she has a modified pickaxe, and all who dont answer her correctly, will become not just non-believers, but will lose something in need. She was on the brink of catching a non-believer but a thunderstorm ruined this, breaking the roof of the church, a cross fell from this, impaling her, upon her last breath, she woke up, to be back in the town, but seen something new, and as a believer, knew what to do for her faith...

Your rage will confirm that you will kill all that will oppose your faith, and through the entity, they all do. Every hit landed with your primary attack button, your ability will charge, after 2 hits you will enter a rage for 45 seconds when inside the next chase of an uninjured survivor, your movement speed will increase from 110% to 130% for this time and lunge is 2 meters longer and your terror radius is now 45 instead of 30, all survivors are exposed until the rage is over or you land a hit on a survivor, you vault windows 50% faster and break pallets instantly but breaking pallets will reduce the current rage speed from 130% to 125% until the rage is over

common: finger of a towns person
your terror radius is increased slightly
stacks

all survivors will not enter the exposed state, but you instead enter the deep wounds status effect
increase of 100% in brutality bloodpoints

Ultra rare: Guts of the recent
Your terror radius is map wide, your movement speed is 140% and you have no speed reduction when breaking pallets, but instead a decrease in rage time

Ultra rare: Iridescent pickaxe blade
When downing a survivor after 4/3/2/1 generator is done, the survivor enter the kill animation, speed and time of rage is considerably decreased

Of the faith: you only listen to those who follow your faith, and your faith only. All survivors that either fail skill checks, hit great skill checks, or fully heal, will receive a skill check regression of 1/1.5/2 every time this occurs until the survivor gets injured or escapes the chase healthy
"Stop... laughing... stop laughing! Shut your filthy mouth!"-Marta

Final grasp: You will attack until you lose them, or are injured. Every time when carrying a survivor, if they get out of you grasp in any way you will do an automatic quick lunge, when this occurs, the survivor will enter 90/85/80% on the wiggle timer, and any lunge after that will have 1 second cooldown and any survivor hit in the progress will enter nothing/nothing/deep wounds state with a timer of 10 seconds on the timer, the deep wounds statue effect will have 1 tremendously hard skill check at the end, missing it will alert the killer of your location and the bar goes down 4%
"Be still."-Marta

Hex:Perish
over, and over, and over, you seem to enjoy the punishment of survivors. Per hook you gain a token up to 3/4/5, you lose a token when losing a chase.
2 tokens:Faster movement speed when carrying survivors by 5/6/7 percent
3 tokens:Survivors suffer from blindness and survivors have the sight of deep wounds status effect(blood soaked screen
5 tokens:Survivors suffer all status effects
"God don't hear dead men! Be still! Take your penance! God loves you. God loves you."-Marta

Mori:
Remember the kill from the demo at the end?, no okay, the survivor tries to crawl away but then turns to the enforcer, then the enforcer attacks from the upper stomach to the lower body, in a straight line. 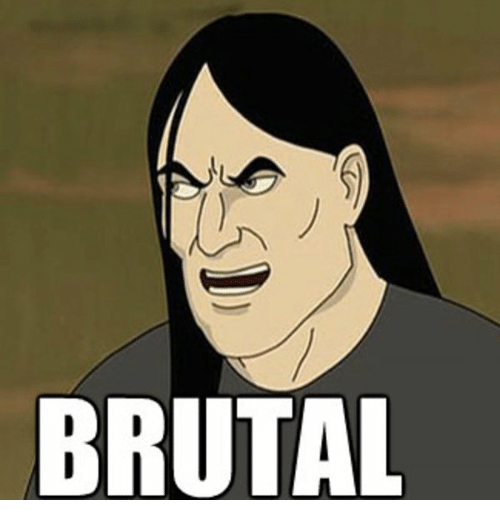 Survivor: Miles Upshur (did not see that coming did'ja

A reporter who entered the asylum, before entering he was a full, clean, healthy man who wanted to do a report of this abandoned asylum, but what he saw in there he did not enjoy, wounds across his body, missing fingers, broken ribs, but when he was on the brink of just ending it, he continued, he wanted to live, he wanted to show the world what the hell has been going on within the asylum, he almost died once, to a man named chris walker, but was saved, and when he arrived at the end, he did not expect the results, the S.W.A.T was there, armed, when he showed he was of no harm, they shot him down, took his life, but was saved by the wallrider, but upon his last breath, he awoken, with his wounds no longer existent, he believed he was safe, but what he continued to see, he was prepared for.....

Survival of the fittest: you can survive anything, any wounds, anything, you name it. While injured, all interactions during a chase is increased by 2/3/4% and Movement speed is increased by 1/2/2.3%
"I want my f**king fingers back. I want to see trager die"-Notes

Recovery: You recover from dire situations and flee in the same amount of time. Upon entering the dying state for the first time you can choose during the killers pick up animation, secondary action will allow you to exit the struggle with the mangled effect for 70/65/60 seconds but gain a 1/2/3 haste boost for 120/200/220 seconds. If you are in the dying state for 3 seconds and not picked up you can choose to instantly heal to the injured state with a 0/0/4% speed boost for 0/0/50 seconds.
"I'm already beat all to hell, picking broken glass out of my scalp, couple cracked ribs."-Notes

Final escape: You choose your fate this time around. If 2/2/1 exit gate is open, you gain/you gain/you and one other teammate gain the endurance status effect for 50/60/70 seconds, but your aura is revealed to the killer for 30/25/20 seconds but with the boost of 25/50/75 increased healing speed while mending, healing, or recovering in the dying state until either you or somebody else escapes while inside the terror radius or inside a chase with the killer.
"Whether I escape or die here, I am free."-Final notes

I chose Miles upshur because he is the one I know the most about without needed wiki, also I feel like he could be inside the entity realm and know what the hell is going on