After many days of SBMMR, match quality has not improved even slightly. 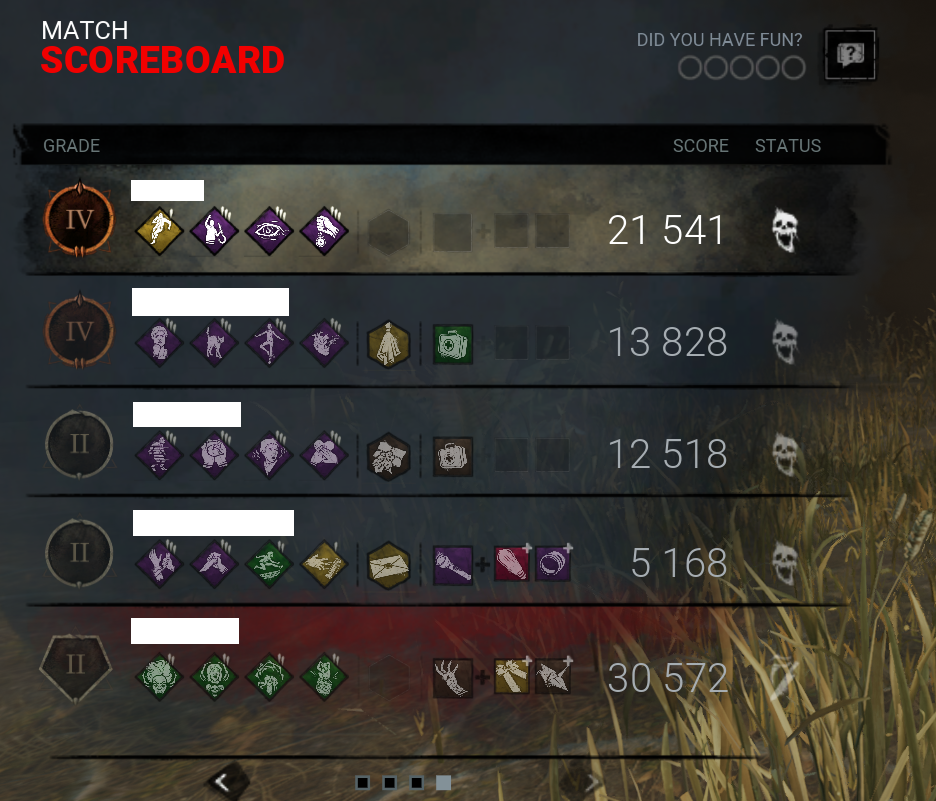 This is a very typical game for me since the SBMMR patch, aside from the fact that this killer player "was very high lol" as they are mostly running full meta builds. Yet he still managed to absolutely slaughter my team. Note the guy with 5k points who died 3 minutes into the game despite having DS and not being tunneled at all.

I did all the gens myself.

I did all the unhooks myself, including healing.

I was chased multiple times each game and never caught until the end where the killer slugged for the 4k.

Why is my match quality still abysmal? Why do I continue to get "that guy" who does absolutely nothing all game (4th player with 5k points), and the other 2 players who "kind of" do something, sometimes, when they feel like it? Because of this stupidly invisible MMR system, I can't even tell if my MMR is raising, especially when match quality IS NOT IMPROVING. I'm still stuck with ultra casual, often times very new, extremely weak players going against killers who are actually sweating to win.

At this point I'm so discouraged I just want to quit until it's addressed or changed. I've also seen streamers complaining about this but absolutely no comment from the devs on why this system isn't working, and why for the love of god is MMR invisible???