Then how do you guys know if they ask you ... Who is the character licensed with the worst perks? who would respond ?? Quentin Smith !, and then it is very sad, because he is a licensed character and I really like to play with him, but here I can leave you some ideas for Quentin's perks. 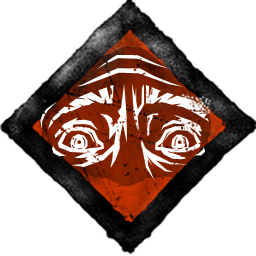 Opening speed bonus increased to 11/25/30
Now additionally shows the auras of exit gates you've opened They are visible to 1, 2, 3 survivors.

_"Adrenaline, it's going to keep us awake. I stole it from one of the Nurse's carts." — Quentin Smith
_
Vigil

You look over your friends even in dire situations.

You and your Allies within 8 metres of range recover from Exhausted, Hemorrhage, Mangled, Hindered and Blindness Status Effects 10 % faster. While you run you recover from exhaustion by 7% 14% 20%

Once out of range, this effect persists for 15 seconds.

"I'm gonna be here when you wake up. You're gonna make it." — Quentin Smith