For the love of everything, stop ignoring the Switch issues

When the game came out I remember watching gameplays and the game was running good but it slowly has been getting actual meme quality issues every few updates along with frames freezings and downscales.

It has reached now to a point that the joystick controls don’t send the orders in time for the game and it passes like half a second from when you move the character or the camera to when the game actually does so, makes it really hard to play in short loops highly dependant of reaction time, playing as both roles. Here is a video I just recorded for this thread:

The worst thing is how awful it is to look at the damn ugly game, the graphics are worse and darker than any other version it is hard even to spot any boon totem around and survivors have it easier to hide when you play killer. Just take a look of how scratchmarks and other textures look without being processed for the first minutes of a match: 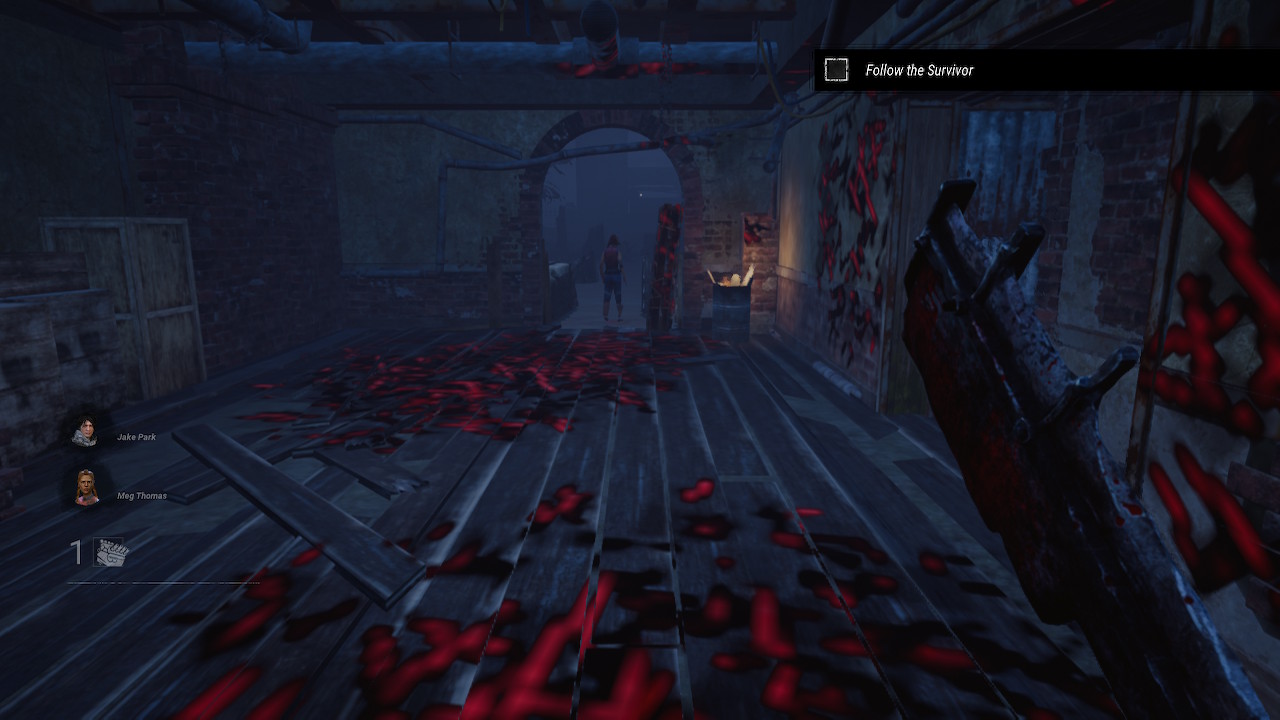 And when the camera or just anything in the game moves, there is like some sort of blurryness (it isn’t motion blur) that wasn’t in previous versions of the game, you get actually dizzy from watching the screen, and I think disabling anti aliasing in Switch would not just solve this issue but also improve a lot with fps stability, but take a look of this frame, rotating a character. This effect applies to actually everything in the game, no matter if it moves by itself or not: 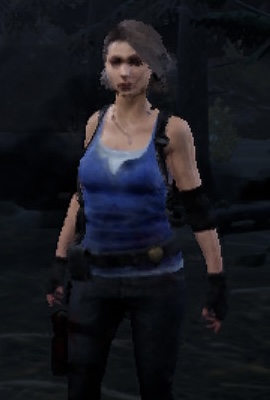 Jill actually has a bit mre definition, the movement bluryness that makes her ugly and distorted is what you are watching.

Another really big issue that is shared between all Switch players is something that isn’t actually a problem caused by the game but the hardware: the well known drifting. If you didn’t get this yet to happen or you don’t own a switch, it’s basically an issue all right joy-cons have (can happen in some left too) which for some reason sends an order to the console to move the right joystick control down, and happens to all games and even the switch menu, you can check if you have it by going to the joystick settings and check their sensibility.

The game can actually handle a solution for this, by creating a camera giroscope (an optional setting games like Zelda or Fortnite include which consists on rotating your controller to move the camera instead of using the joystick) or maybe a new control (pressing R3 as example) to lock the camera control from moving up or down, so you can only move it left and right. Could be an interesting option for all consoles actually! Could help to improve looping without moving the camera up or down by accident.

And well I wish to attach ingame clips to show clearly all the issues mixed, but devs disabled it some versions ago to “improve performance” but it really did nothing.