Anyone else super let down that the epic store is going to have cross progression off the bat but we are still waiting on it for the switch? I’ve been playing for a year now and initially bought the game on switch because I figured when I switched to PC(when I got one) I would be able to share my stuff. Here we are with still no end in sight on the wait, just want to see if it’s just me. 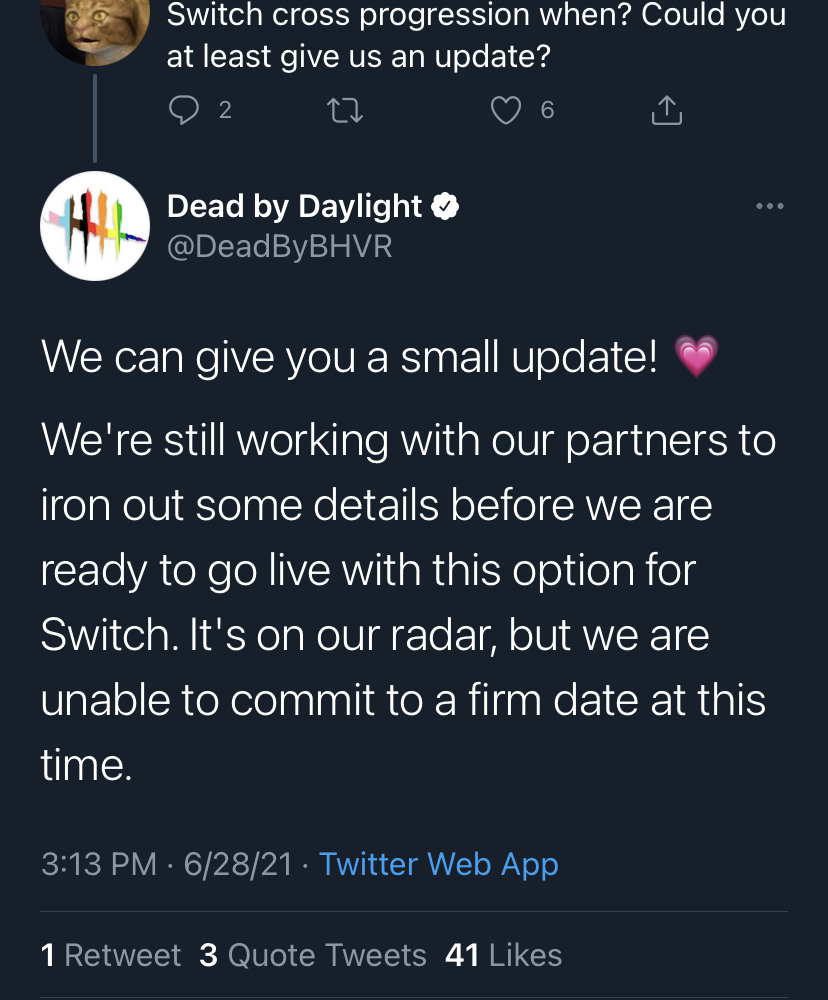