Home› Dead by Daylight Forums› Discussions› General Discussions
We've been made aware of error messages when attempting to purchase the Rift pass. The team is currently investigating, and we'll post an update as soon as we have more information.

Stranger Things leaves today. It is my favorite series. I grieve for my precious Steve and Demodog. (nancy's okay ig). I have made a meme to sum up my feelings on this matter. 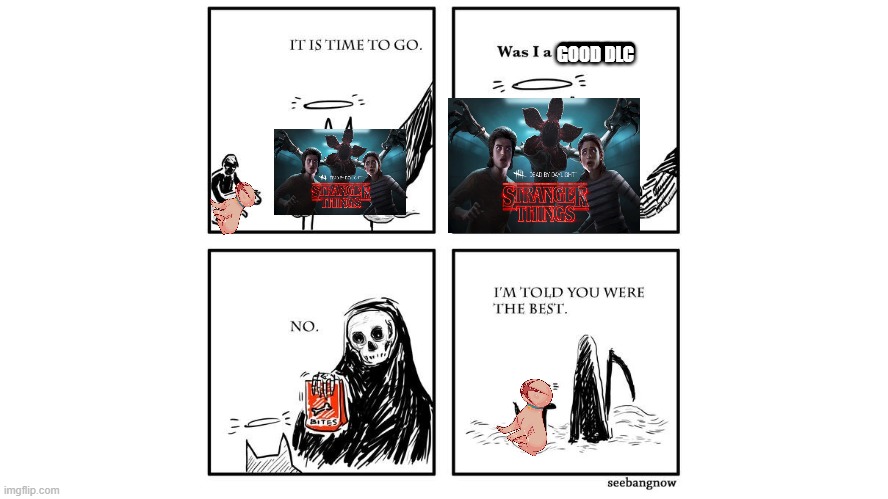 Feel free to share some of your favorite memories of the Stranger Things DLC. Personally, my greatest memory was joining a random 4 Steve lobby and then playing against a Demo by chance.