Disclaimer: I'm killer main and only play survivor for Rift challenges. I played every match in sweatiest possible way, for the purposes of keeping MMR high for the test.

Disclaimer 2: This is not a complaint. I don't want to argue. The only purpose of this test is "for science" of determining effectiveness of SBMM. Please post your personal feelings and experiences. I'm not saying SBMM good/bad and not looking forward to argue about it. I'm only trying to determine SBMM works/doesn't.

It used to be different. SBMM worked... somewhat... But then, something happened after that Epic games giveaway. My killer matches became very easy. No, I didn't become spontaneously better. But I wasn't sure if I'm imagining it, so I decided to gather stats over last few days, playing variety of killers. He are my stats over 50 matches.

Fun stat: most DC per match is on Twins. People just hate being slugged I guess.

So, my question is: Weren't we promised that SBMM will keep our average kills per match at 2? Who else is feeling that this is not the current reality? 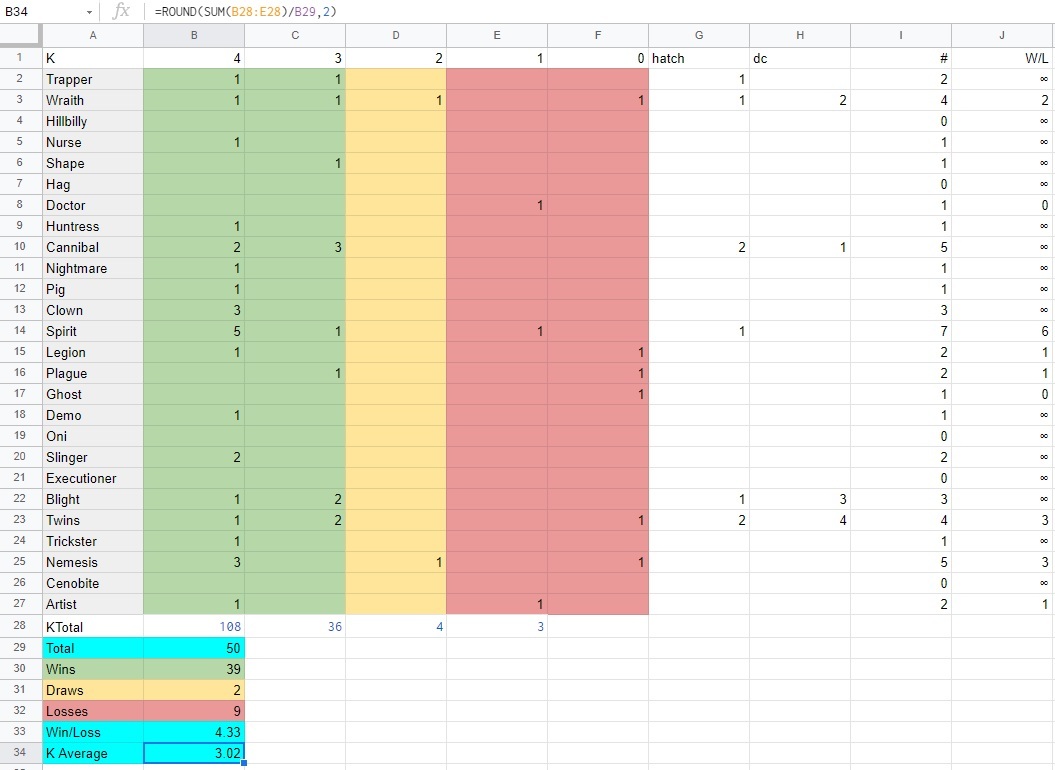 Edit: Also, my survivor matches are super difficult. Considering I barely play one... I just got matched with killer with over 9k hours... In solo queue. Looks like there are not enough low MMR killers.